Bavaria, the German state with the most coronavirus cases and deaths, plans to offer tests to all its residents. Germany's health minister has warned that the move shouldn't lead to a false sense of security. 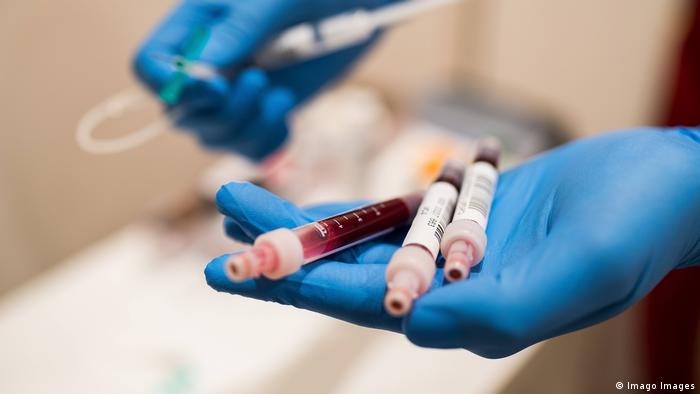 The southern German state of Bavaria announced on Sunday that it will offer coronavirus testing for all residents in what the state's health minister called a "corona test offensive."

"All Bavarian citizens will be promptly offered the opportunity to have themselves tested by an established contract physician, even without symptoms," state Health Minister Melanie Huml said.

Read more: Does Berlin have the pandemic under control?

The state will also foot the bill for tests that aren't covered by public health insurance.

"A cornerstone of our Bavarian test concept is that all people who want to be tested for a SARS-COV-2 infection should be able to find out whether they have been infected," Huml added.

Bavaria becomes the first German state to offer universal testing. Until now, testing has been focused on people with symptoms or possible exposure, as well as people whose professions increase the likelihood of coming into contact with the disease.

According to the Robert Koch Institute, Germany's disease control agency, Bavaria has recorded 48,294 coronavirus cases and 2,592 virus-related deaths, more than any other state.

The decision to over widespread testing follows a massive outbreak linked to a slaughterhouse in the western German state of North-Rhine Westfalia earlier this month.

Testing 'only a snapshot'

"However, testing is only a snapshot. It shouldn't lull you into a false sense of security."

"Immediately after a test, I know whether I've tested positive or negative. But I can become infected in the following days," Maag told the Bavarian-based Augsburg Allgemeine newspaper.

"We must ensure that the right people are tested and that the tests themselves become cheaper," Lauterbach told the Funke media group.

In early March, the Austrian ski resort of Ischgl became a COVID-19 epicenter, spreading the virus far and wide. Will the latest outbreaks in Germany follow the same pattern? (26.06.2020)

As many government tracking apps are lambasted by users across Europe, Germany appears to be the lone success story — or is it? DW takes a closer look. (26.06.2020)