Coronavirus outbreaks: Will Germany become Europe′s next major hot spot? | Germany | News and in-depth reporting from Berlin and beyond | DW | 26.06.2020 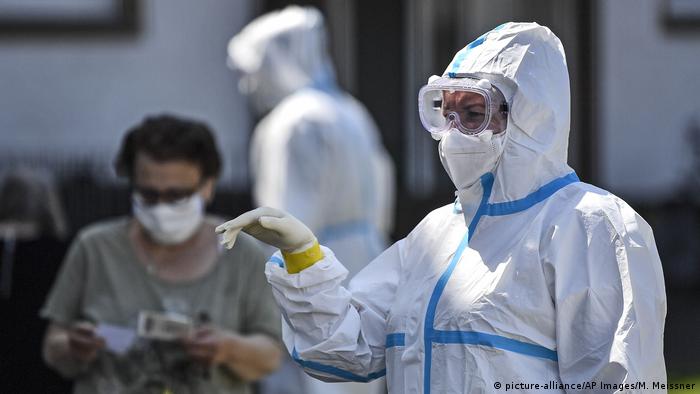 With two districts in the German state of North Rhine-Westphalia becoming the site of the latest major COVID-19 outbreaks — is Germany set to go the way of Ischgl ski resort? That was the tenor of some headlines in German newspapers. According to medical experts and politicians, however, it's unlikely to happen. But better safe than sorry.

Ischgl is a small ski town in Tyrol, in the Austrian Alps and bordering on Switzerland, that gained global notoriety well before the novel coronavirus itself. The town, which lies at an altitude of 1,400 meters, has a population of less than 1,600 — but boasts 400 hotels with a total capacity of 12,000. Ischgl is famous for its après-ski nightlife and attracts internationally popular performers who in turn draw attendances of up to 25,000. 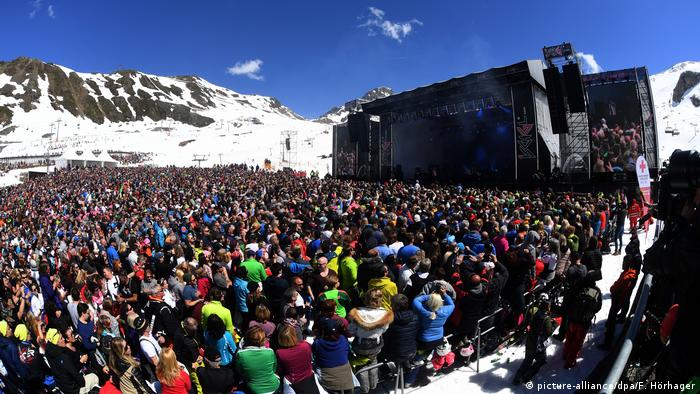 The virus spread rapidly through Europe in early March and Ischgl became one of the hot spots. State prosecutors are now investigating local officials on initial suspicion of "causing a threat through infectious diseases." There are photos from Ischgl taken at the time, showing boisterous parties at close quarters as the virus made headlines globally.

Prevention rather than cure

Now for Germany: For the first time, restrictions lifted after the first wave have largely had to be put back in place in two districts. After a massive outbreak at a meat processing plant run by the firm Tönnies, in the district of Gütersloh, and rising numbers of infections in the adjacent district of Warendorf, both are subject to restrictions similar to those imposed in March. Schools and kindergartens are closed and social distancing rules apply.

But epidemiologist Hajo Zeeb, of the Leibniz-Institut for Prevention Research and Epidemiology in Bremen, says Ischgl and Gütersloh should not be compared. "We have much better options now for restricting the spread of the virus than we did in March. We understand the virus better. Much of what is happening in the two affected districts is prevention. That's why I'm optimistic that the infection rate will fall again soon," says Zeeb to DW.

He adds that thousands of vacationers from all over Europe left Ischgl with the virus — but without knowing they had it nor being aware about much of the dangers. A study carried out by the University of Innsbruck suggests that more than 40% of residents in Ischgl have developed antibodies, meaning they were likely infected. 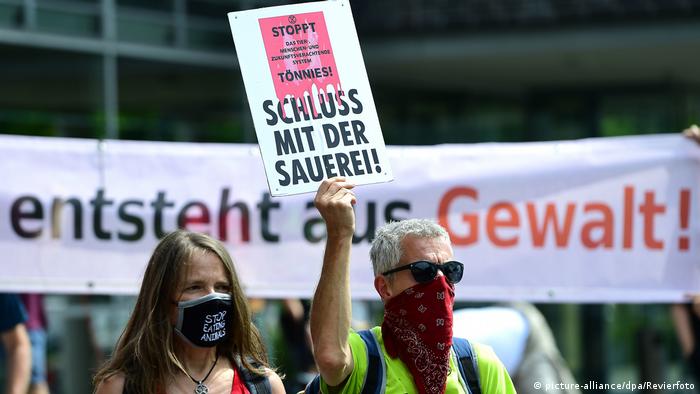 The virus hits the most vulnerable

Zeeb says the latest outbreak at the German meat plant has been primarily spread among Eastern European seasonal workers, who have since been confined to their quarters. The meat processing plant is closed. Extensive tests carried out among the local population suggest a comparably low rate of infection.

Around 1,500 employees at Tönnies have been infected. And that is the cruel aspect of the COVID-19 crisis, says Zeeb, with the pandemic hitting those who are not well-off the hardest — including workers already toiling under controversial conditions.

Zeeb is critical of politicians and businesses, who he says knew about conditions at the meat plants long beforehand. "They could have responded much more quickly. Both the politicians and the businesses. A clearer business attitude would have been helpful," he says.

Cheek to jowl in freezing halls

Conditions in the meat processing plant run by Tönnies are, indeed, well-known. The seasonal workers from Eastern Europe are housed at close quarters and they work in the factory at close quarters. The factory halls are cooled, offering ideal conditions for the virus to spread.

The head of the chancellery, Helge Braun, also views the latest restrictions in the two districts as a form of prevention — and says the situation cannot be compared with the one in Ischgl. "These major outbreaks have demonstrated that if you give the virus a chance, it will strike again," Braun said on German public television.

The health spokeswoman for the Green Party, Maria Klein-Schmeink, is critical of the factory conditions and is calling for across-the-board testing. "Citizens deserve a right to be tested even when they have no symptoms. Expanded test capacities have to be provided at a local level much more quickly," Klein-Schmeink tells DW.

She also demands that special attention be paid to people in care homes, adding, "We must do everything we can to break chains of infection so that local clusters don't lead to a widespread increase in infections." 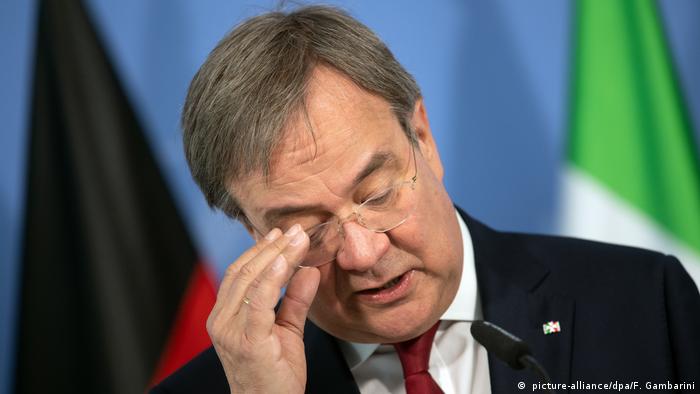 Armin Laschet, the state premier of North Rhine-Westphalia, has had to explain the new restrictions in the two districts

One problem faced by the two districts is that the lockdowns are localized. While the restrictions were nationwide to start with, they're confined to two districts now.

Other German federal states, including Bavaria, Lower Saxony, and Mecklenburg-Vorpommern, have warned that they will not admit tourists from the affected districts unless they can prove that they have tested negative for the coronavirus.

The state premier of North Rhine-Westphalia, Armin Laschet, who is with the conservative Christian Democratic Union, has called on people to stay calm and to stay at home. That's a tall order when life is going on as normal a few kilometers away. In the meantime, Germany appears to have avoided its own version of Ischgl for now.