Loved or loathed? How Germany′s coronavirus tracking app is faring | Germany | News and in-depth reporting from Berlin and beyond | DW | 26.06.2020 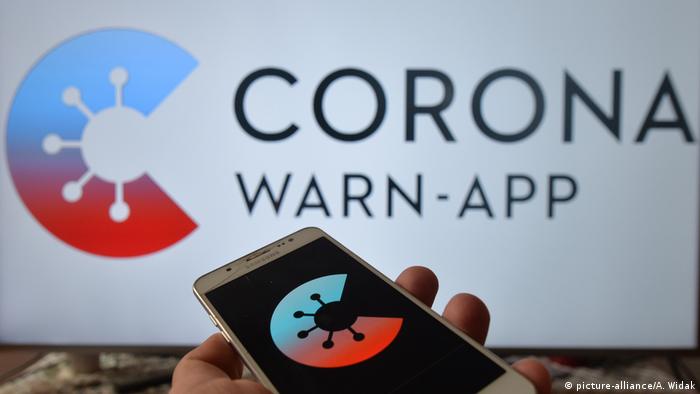 For a number of weeks now, polls have shown that the majority of Germans view their government's crisis management in the COVID-19 pandemic as both right and effective. But, when it comes to Germany's new warning app, surveys suggest people are far more skeptical. It is therefore all the more surprising that just one week after the app was launched, 15% of people living in Germany have downloaded it. Although the Robert Koch Institute (RKI) says the figure is slightly lower, at around 13%.

The RKI is Germany's central agency and research institute for disease control and prevention. It is also the organization behind the creation of the Corona-Warn-App. The download figures are higher than in all other European countries together, as German Health Minster Jens Spahn was proud to announce. However, there are no statistics to illustrate how many people have already deleted the app, use it either incorrectly, or not at all.

Still, a first key hurdle appears to have been crossed. Experts in Oxford say that a tracing app can play a key part in any pandemic concept that also includes hygiene, distancing and masks, if it adopted by at least 15% of the population. 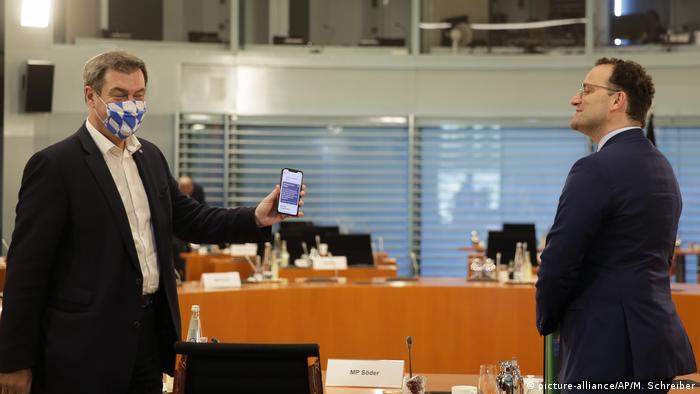 The number of potential users could be higher still because, as government spokesman Steffen Seibert pointed out, the technology so far does not work on some older mobile phones. Users need to have either at least an iPhone 6s or an Android 6 model to join the system, although there have been reports that older generation devices will soon have access. Otherwise, the app is being viewed as a success. Even the Chaos Computer Club — Europe's largest association of hackers — has signaled its approval. The app's source code is open.

There are, however, some teething problems — nothing unusual in the app development sector. For example, the app is not supported in one particular region. Users hope there will soon be an update to tackle the problem.

German software giant SAP and Telekom subsidiary T-Systems were commissioned with developing the app by the German government. The technical concept, based on Bluetooth interfaces and decentralized storage, was developed in collaboration with Apple and Google.

The app uses Bluetooth to measure whether, over a long period of time, mobile phone users have moved closer and then stores this data on the smartphone. This takes place as a background function using cryptographic keys, so-called IDs, which are constantly transmitted and received. Movement profiles are not possible because location-tracking GPS data is not employed. After two weeks, the IDs are deleted.

If someone tests positive and the information is fed into the app, a push message is sent to everybody in the proximity of the infected person. Telekom says there will be different degrees of warning depending on how close and for how long a user approaches someone who is infected. Everything takes place anonymously and voluntarily. 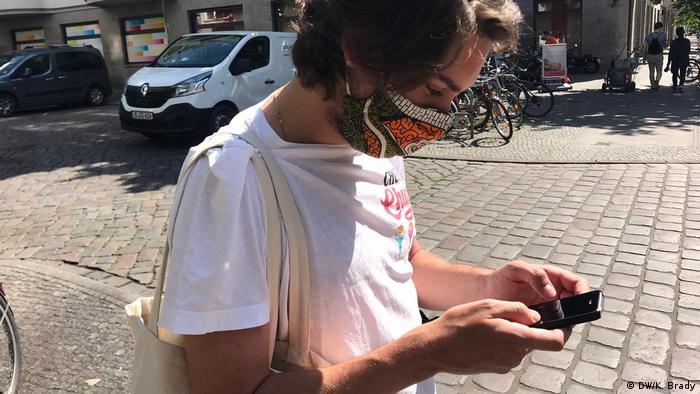 Jasper, 27, uses the Corona-Warn-App in Berlin

It is hoped that it will soon be possible to feed test results passed on from doctors' practices directly into the app employing a QR code. Telekom is already working on the relevant infrastructure. Until now, it is still necessary to phone a hotline to get a PIN number.

One of the key features of the app is that it can inform users of random personal contacts, such as during a train journey, and establish communication between people who have never met and would never inform each other of an infection. This would ease considerably the meticulous work currently being done by Germany's local and regional health authorities to track the spread of infections. After all, who really remembers every single person they have come into contact with in recent days?

Read more: Coronavirus: Does Berlin have the pandemic under control?

Media reports say the first warnings have already been issued via a central server. RKI President Lothar Weiler said it is too early to comment on initial results. But right on time for the holiday season the app is, according to the RKI, ready to download for users in all of Germany's neighboring states, meaning both Germans outside Germany and travelers visiting Germany can use the new system. 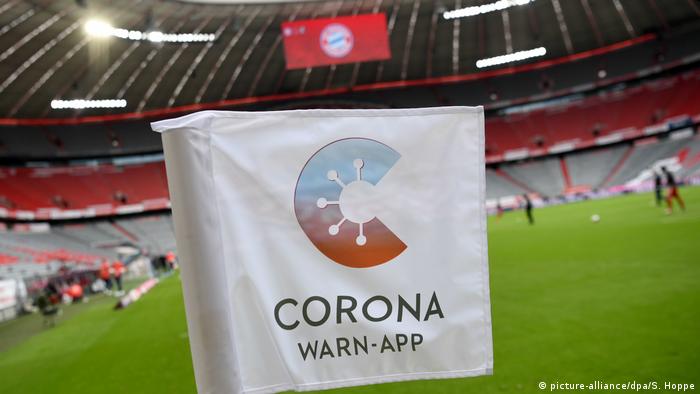 Fear of a second wave

The launch of the app coincides with a phase of the pandemic in which the number of infections is again on the rise and there is growing fears of a second wave. RKI says the rise in numbers is largely due to local outbreaks, such as seen recently in Germany in meat processing plants or in poor-quality housing in Berlin.

This has led to criticism of the app, suggesting that it is merely a "toy for the digital elite,” as Patrick Larscheid, who heads one Berlin health department, put it. The government's app looks likely to be of very little use to people living in poverty and cramped apartments.

"These people constantly live with the threat of illness. Not surprising, given how they are forced to live,” he said.