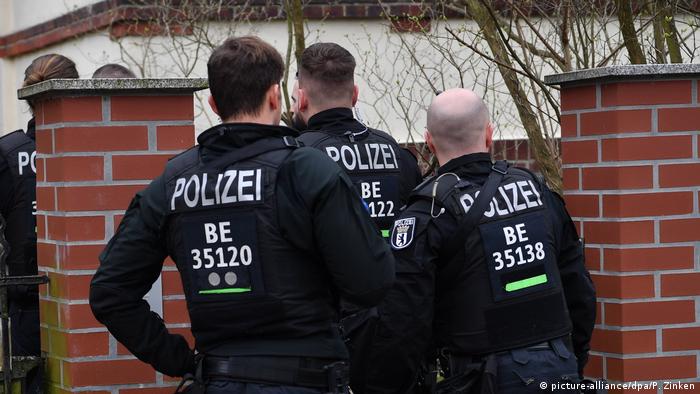 The government responded to a request for figures by the socialist Left party which were then published by the country's third-largest media group.

The figures showed that 1,620 refugees and asylum-seekers — including children — were attacked last year. In 128 cases, the target of an attack was the refugee shelter itself. Right-wing extremists were found to be responsible for 118 incidents.

According to the report, 229 refugees were injured during the attacks.

Refugees 'can expect to be attacked'

During the attacks on refugees the perpetrators used explosives, set fire or deployed other weapons that can lead to dangerous bodily harm in 260 of the incidents, the Interior Ministry said.

The figures have fallen slightly from the previous year. In 2018, authorities reported 1,775 attacks on refugees and asylum-seekers and 173 attacks aimed at asylum shelters. Most of the attacks were carried out by right-wing extremists.

Germany saw an increase in attacks on migrants and refugees when the European migrant crisis peaked in 2016. That year, more than 2,500 refugees were victims of violence, and there were almost 1,000 attacks on refugee centers.

Left party MP Ulla Jelpke told Funke of "a social climate in which refugees can expect to be attacked verbally and physically at any time."

Remembering the Hanau shootings in February, when a gunman killed nine people of foreign origin in a racially motivated attack, she said: "The deadly danger of right-wing extremism and racism ... is, unfortunately, part of everyday life for many people in this country."

She said that "a cabinet committee against right-wing extremism was welcome" but that it would be "even better if permanent counseling and prevention projects for the victims of racism were finally cemented by legislation."

A new survey has said the majority of refugees feel welcomed by their fellow German neighbors. The study correlates a good level of German language abilities with overall improved professional and social integration. (18.02.2020)

Authorities said the main suspect in the murder of Walter Lübcke had likely stabbed an Iraqi refugee two years prior. Prosecutors said the far-right militant had tried to kill the refugee in a "sneak attack." (19.09.2019)