A new survey has said the majority of refugees feel welcomed by their fellow German neighbors. The study correlates a good level of German language abilities with overall improved professional and social integration. 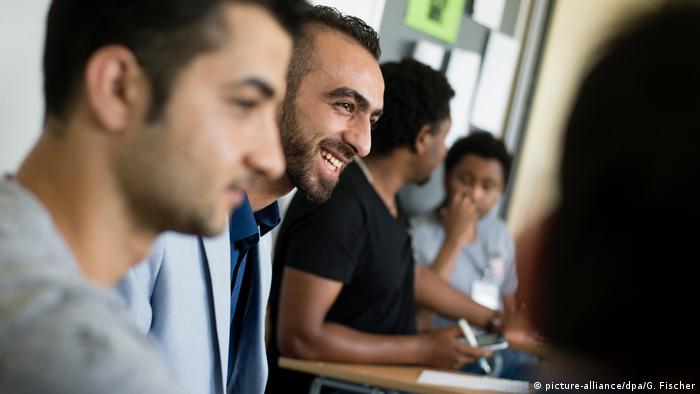 Around three-quarters of refugees in Germany feel welcome in the country, according to a recent survey conducted by Germany's Federal Office for Migration and Refugees (BAMF).

The survey, which was published on Tuesday, claimed that key factors determining overall life satisfaction for refugees in Germany depended on their family situation and health, residence status and housing, employment status, and the extent of social interaction with local Germans.

"All in all, the refugees assessed their living conditions in Germany rather positively," project manager Nina Rother said. "The feeling of being welcomed in Germany also plays an important role."

The joint study was conducted in collaboration with Germany's Institute for Employment Research (IAB). The report interviewed a total of 7,950 refugees who came to Germany between 2013 and 2016.

According to the researchers, a good level of German is a central prerequisite for professional and social integration.

The survey stated that 44% of the refugees now rate their German language skills as "good" or "very good." In 2017, the figure stood at 35% and in the first survey in 2016, at only 22%. The proportion of respondents without any knowledge of German has fallen to 5%.

"These results indicate that despite improvements in work and income, a large proportion of those who fled are not satisfied with what they have already achieved, but want to make further progress," Rother explained.