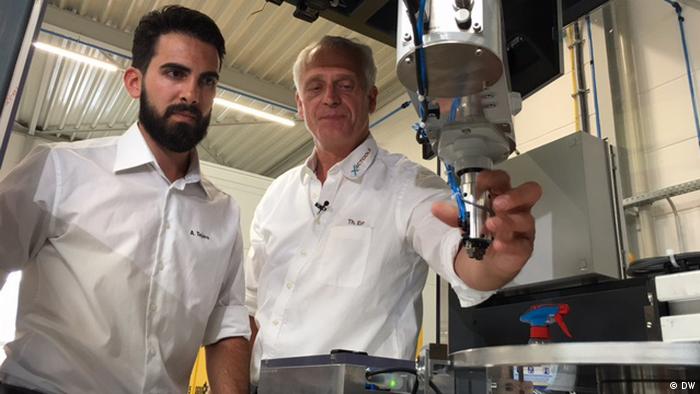 The head of  Germany's Federal Office for Migration and Refugees (BAMF), Hans-Eckhard Sommer, said that integrating refugees into Germany's labor market will be a difficult task, and called for Germany to focus on attracting skilled labor from countries in southern Europe.

In an interview with Germany's Rheinische Post newspaper published on Saturday, Sommer said that there are many jobless, well-educated young people in Southern Europe who would be "considerably easier" to integrate.

On March 1, the German government will implement a skilled labor immigration law intended to make it easier for highly qualified foreigners to work in Germany.

Under EU law, there are no legal barriers for EU citizens to work in other countries in the 27-member bloc.

"I think we should concentrate harder on recruiting professionals from Europe," said Sommer.

Sommer said that BAMF has "always been aware" that very few potential skilled workers arrive in Germany as refugees, adding that around 17% of participants in BAMF's German integration courses are illiterate.

However, Sommer said that refugees who take literacy courses are considered to be "very committed." An estimated 13% of participants who never learned to read or write were able to reach an intermediate level of German that would normally be taught over six years of primary school.

The BAMF chief also warned against heavily recruiting skilled labor from developing countries, as promoting a brain drain will make it harder for poorly developed economies to grow.

"I consider it problematic if we bring a large number of highly educated people to Germany from poorly developed countries," said Sommer, calling rather for Germany to send support for creating education and jobs.

"If we prevent or don't support the development of these countries, we are taking the risk of creating the next group of refugees ourselves."

A shortage in the skilled trades