Germany: Half of refugees find jobs within five years 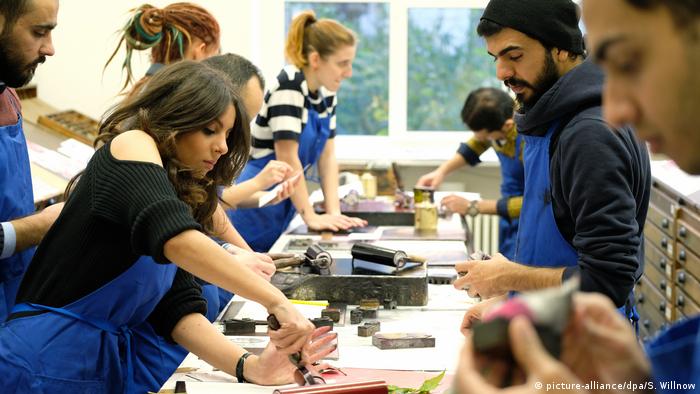 A new study published on Tuesday found that 49% of refugees who have come to Germany since 2013 were able to find steady employment within five years of arriving.

"This means that labor market integration is somewhat faster than for refugees from previous years," said the Insitute for Labor Market and Vocational Research (IAB), who carried out the study.

IAB, which is part of Germany's Federal Office for Migration and Refugees (BAMF), compared the numbers since 2013 to arrivals between the early 1990s and 2013, when the rate was slightly lower at 44%.

The Institute praised Germany's efforts with integration and language learning for the progress: "In addition, significantly more has been invested in language and other integration programs for asylum seekers and recognized refugees since 2015."

While 68 percent reported having a job, this included both full and part-time. Moreover, 17% of this group are involved in a paid training scheme and 3% have a paid internship, a form of employment that often does not pay enough to live off.

About 12% are under-employed, for example in so-called "mini-jobs" that pay a maximum of €450 a month.

The study also revealed that only 29% of these employed refugees were women as traditional gender roles continue to keep women with children in the home.

Germany is desperately in need of nurses, IT experts and other skilled workers — and is looking outside the EU to recruit them. The government and business leaders have now agreed a plan to make the process easier. (16.12.2019)

A new report has found that 22 branches of Germany's federal migration office have asylum approval rates vastly below the national average. Critics say a lack of oversight and transparency has exacerbated the problem. (22.10.2019)