Germany: Chances of refugees gaining asylum depend on where they apply | Germany | News and in-depth reporting from Berlin and beyond | DW | 22.10.2019

A new report has found that 22 branches of Germany's federal migration office have asylum approval rates vastly below the national average. Critics say a lack of oversight and transparency has exacerbated the problem. 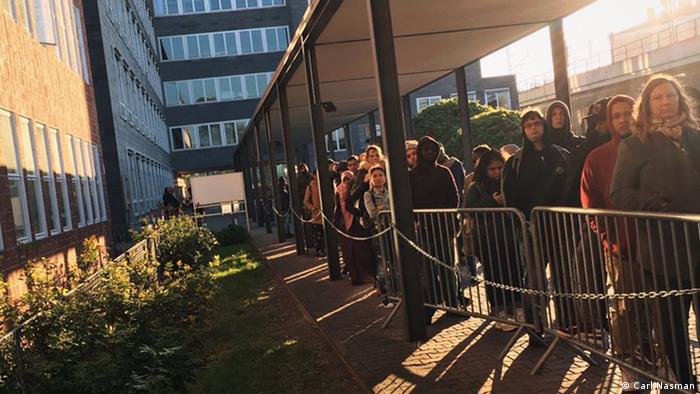 The anecdotal evidence that Germany's migration-related bureaucracy can be racist, Kafkaesque and downright unpleasant is manifest. But now, according to a new report published by German public broadcaster ARD, there is evidence that 22 of the offices that process asylum requests might actually offer worse chances of being allowed to stay than others.

According to the report, at some branches of the Federal Office for Migration and Refugees (BAMF), especially in Berlin, eastern Germany and Bavaria, the chances of being granted asylum are "significantly worse," sometimes by more than 30%, despite nationwide regulations on who is eligible for protected refugee status.

"Quality control shortcomings at BAMF are making asylum applications a cynical lottery," said Ulla Jelpke, the Left party's domestic politics expert. "There are massive deficiencies at certain locations, which results in asylum applications being rejected in large numbers ... all those seeking protection must find equal opportunities throughout Germany."

The organizational structure of migration offices processing asylum applications varies from German state to state, and Jelpke pointed to the issues in Bavaria as specifically problematic. Its conservative state government has been particularly ardent about closing smaller offices in favor of opening bigger "anchor centers" for would-be refugees, where all parts of the asylum process — from the initial arrival to housing during the decision process to an eventual approval or deportation — are supposed to take place under one roof.

"The fact that Bavarian anchor centers in particular have low protection rates points to political demands," Jelpke said. "These camps must finally be closed." 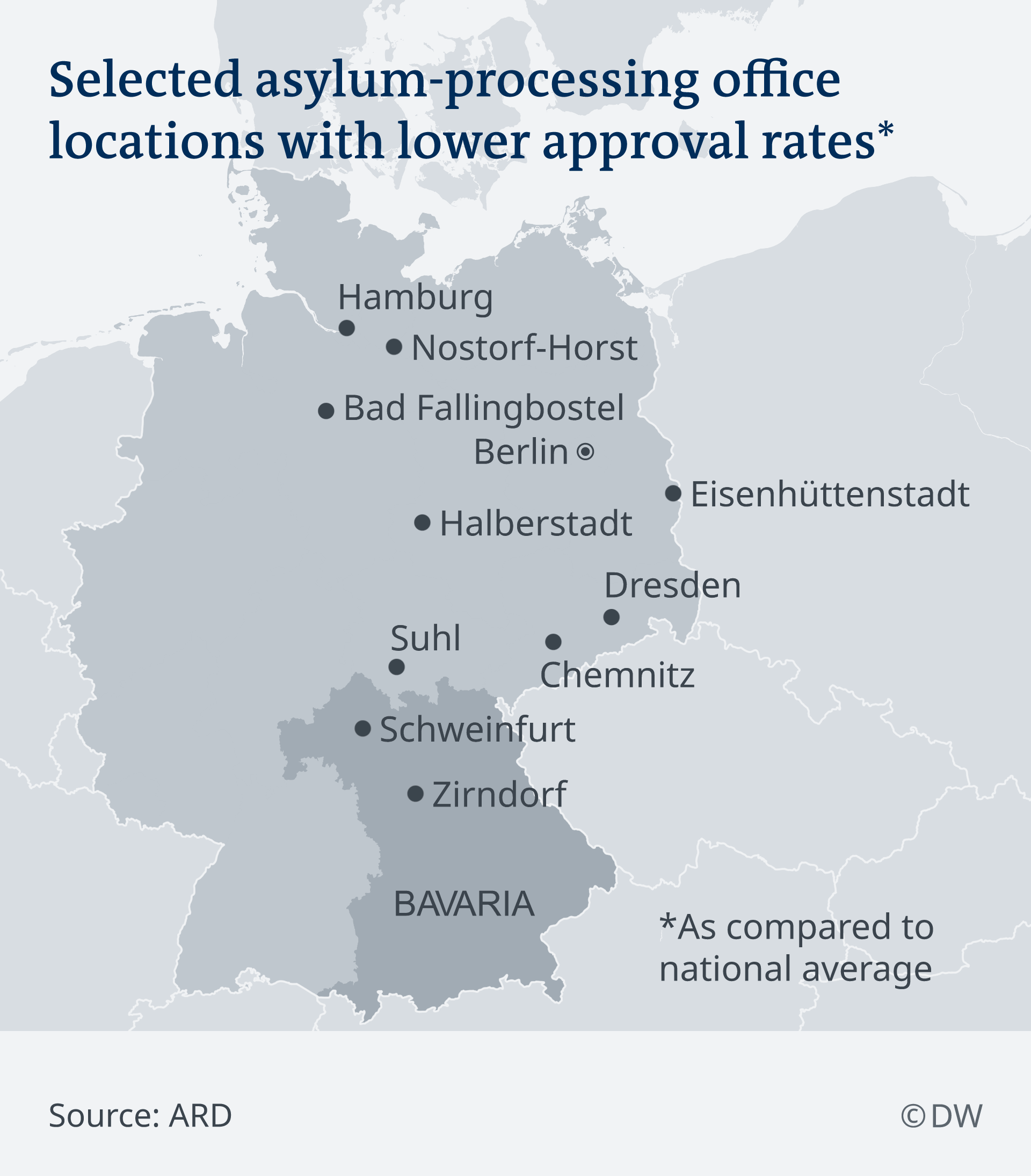 According to the ARD investigation, applicants face the worst chances for being granted asylum in Berlin East, Chemnitz, Dresden, and several other smaller cities in the east of Germany. The most affected nationalities were asylum-seekers from Iraq, Afghanistan, Turkey, Iran and Somalia.

For example, in 2019 Iraqi asylum-seekers had an average nationwide approval rate of 53%. However, in the eastern German city of Chemnitz the year's average was only 32%. In the central town of Halberstadt, it was even lower at 28%.

The numbers for Turkish asylum-seekers revealed a similar pattern, despite increasingly dire circumstances in Turkey with regards to the freedom of Turkish Kurds and political dissidents. Nationally, 50.7% of Turks who apply for asylum are granted it. However, in Berlin, the rate was less than half of that at 23%. It was 20% in Chemnitz and 25% in the northwest city Hamburg — one of the few locations on the list in western Germany.

In Bavaria, refugees from violence-plagued Somalia seemed to fare the worst. The national rate of asylum approval for Somalis in 2019 was one of the highest at 67%. But in Bavaria's Zirndorf and Schweinfurt centers, it was 20 percentage points lower.

BAMF has defended its hiring practices, saying that "all employees undergo a uniform training process that is constantly updated." The agency emphasized that refugees from the same national background are "still a heterogeneous group" where some people may qualify for asylum while others don't. While there is a national set of guidelines, employees are empowered to make personal decisions based on interviews with the asylum-seeker. This is considered the most important step in the asylum request process according to the BAMF website.

The agency also said that its internal review found that only two centers significantly deviated from the norm, and the affected nationalities were mostly Nigerians and Eritreans. It added that these two offices are currently under investigation, but did not say where they were.

Bernd Mesovic, an expert on rights policy for the nongovernmental organization Pro Asyl, pointed out, however, that "BAMF's internal investigations are opaque, they do not make public what they are investigating and how." Another opaque factor is the personal interviews case workers conduct with would-be refugees, which cannot be viewed by the public to probe for possible bias or irrelevant questioning.

Mesovic explained that the reaction to the 2015 refugee wave was "pretty catastrophic. Politicians did not react fast enough to the influx, giving BAMF and other agencies permission to hire the amount of new personnel they needed. When they finally did, these people were rushed through the training process, or given no training at all. That situation has finally improved a bit recently."

He added that a study conducted by Germany's University of Konstanz has shown clear connections to areas of increased xenophobia and prejudice and reduced rates of granting asylum.

There have been complaints from inside Germany's immigration and integration systems ever since the massive increase in refugees in 2015 that there are not enough well-qualified and properly trained staff handling asylum cases. In many cities, including Berlin, would-be refugees and immigrants must line up before dawn and hope to get lucky enough to see a case worker. Asylum applicants can be left in limbo for months or even years, without the right to work, while their application is reviewed.

Mesovic said that these issues are just not the responsibility of BAMF, but also of policymakers in Berlin and the problem is that if prejudice is prevalent in a given area, that can spoil the pool of job applicants. The asylum expert suggested better intercultural training and more extensive probing for possible bias during job interviews as an on-the-ground solution while waiting for better management from the federal government and BAMF.

Asylum-seekers and refugees continue to be the targets of attacks in Germany — and they are almost always victims of far-right violence. Offenses range from verbal slurs to arson and dangerous bodily harm. (05.09.2019)