Right-wing extremist protests are on the rise and migrants continue to be violently targeted. Has Germany's "welcome culture" come to an end? A new study by the Bertelsmann Foundation suggests otherwise. 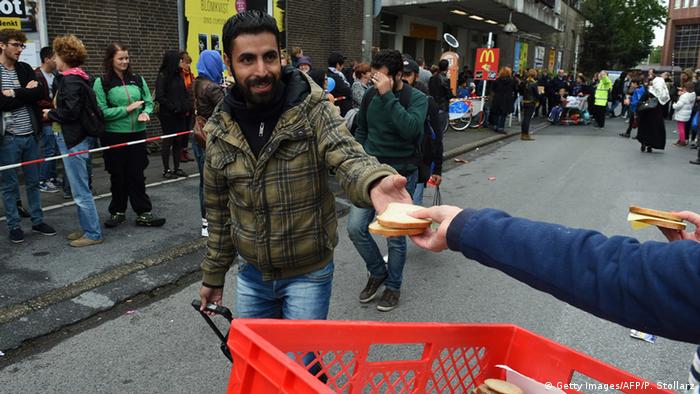 Refugees and migration are topics that dominate many German talk shows. Panels featuring politicians, experts and community members frequently discuss the supposed loss of control and whether the country's immigration system is stretched to the limit.

In autumn 2015, the images from Germany that went around the globe were entirely different: Train stations full of cheering crowds welcoming refugees by carrying their luggage and offering them bottled water and toy animals. The term "Willkommenskultur," or "welcome culture" came to define an attitude of kindness.

But what has happened to it since? Has it fallen by the wayside? A new study by the Bertelsmann Foundation entitled "Welcome culture: Between skepticism and pragmatism" has found the sentiment in Germany to be "robust."

Orkan Kösemen, one of the study's authors, says that it is hovering at a relatively high level. The Kantar Emnid opinion poll institute interviewed 2,025 people on various aspects of immigration. The interviewees were not asked to give their personal opinions on refugees, or how they feel about the topic of migration, but instead gave their perceptions on the general attitude of Germans towards immigrants and refugees. 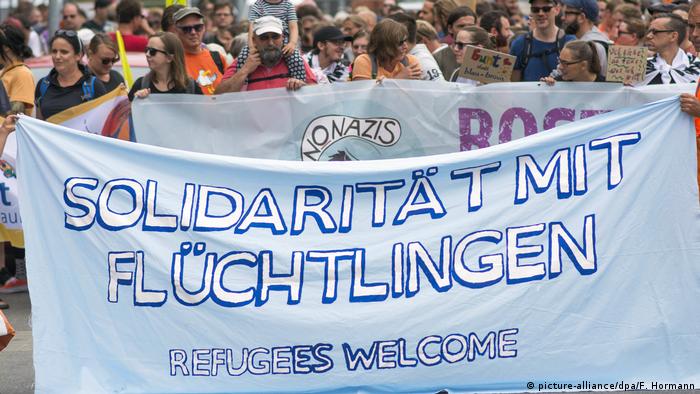 On the subject of skilled labor shortages, 41% support recruiting workers from abroad. Two-thirds of those surveyed believe immigration has a positive effect on the German economy as a whole. A clear majority also felt positive about foreign companies operating in Germany.

The study shows that people's image of immigrants influences welcome culture, and in Germany, it is not predominantly positive. Only 45% of respondents believed that migrants' contributions to society were recognized, a decline from 2012. According to the study, this could be due to the fact that refugees in particular have come to Germany more recently. The integration of refugees into the labor market only bears fruit for the host country in the medium to long-term. Additionally, the contribution of the first so-called guest worker generations seems to have been forgotten. 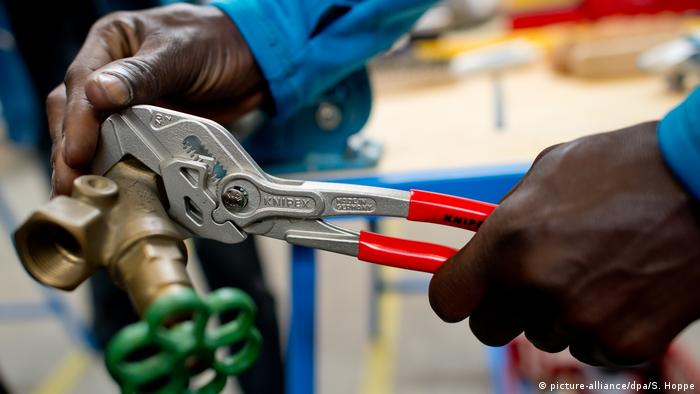 Migration is not a black-and-white issue, says Kösemen adding that "it is a mixture of opportunities and risks — and that is how people perceive it."

That is why, in addition to the opportunities that many see for the economy, there are also skeptical assessments. A narrow majority of 52% feels that there has been too much immigration. The opinion was similarly divided as to whether Germany has reached its maximum limit on the number of immigrants.

Nearly half, 49%, think the country cannot take in more refugees. That is a decrease from 2017, when a majority, 54%, thought that the limit had been reached. On the other hand, 37% believe that Germany can — and should — take in more refugees out of humanitarian duty.

Overall, skepticism over migration has declined slightly since 2017. Adverse migration effects continue to be perceived, but with a downward trend: 71% see immigration as a burden for the welfare state, 69% view there to be conflicts between immigrants and Germans, 64% fear problems at school and an overwhelming 90% see a lack of language skills among immigrants as an obstacle to integration, which is an area where respondents would like to see more initiative taken.

Indeed, Germany's younger generation, under the age of 30, differs significantly from the older generations in their assessments and perceptions of migration and integration. Younger people assume that migration will have a much smaller impact, both on the welfare state and on housing shortages, and they focus on the opportunities.

Read more: When refugees in Germany are exploited by their fellow countrymen

"This is also because the proportion of people with a migration background is around 30% among 15- to 30-year-olds, while it is around 20% among older people," the study says. Contact and dealing with diversity is much more a part of everyday life for younger people.

Positive perceptions are not confined to youth: 67% of all respondents believe that migration makes life more enjoyable and 64% see immigration as a means of combating the aging of society.