Germany's Central Register of Foreigners registered 1.8 million people seeking protection in 2018. Most of those who had protection status came from Syria, Iraq and Afghanistan. 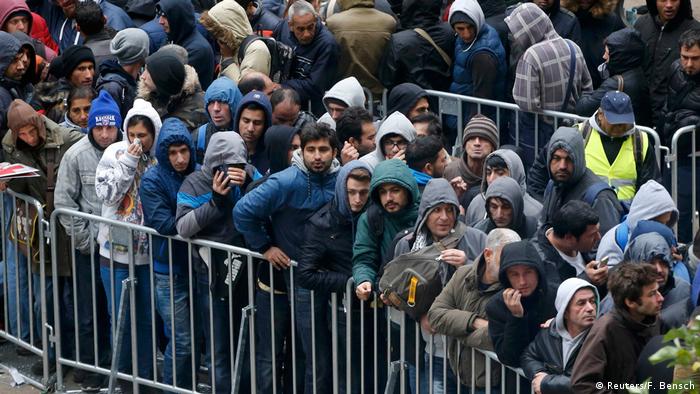 The number of people registered as seeking protection in Germany increased 6% to 1.8 million people in 2018, the Federal Statistical Office said Thursday.

The Central Register of Foreigners recorded an additional 101,600 people seeking protection for humanitarian reasons. The increase was similar to the 5% rise in the previous year.

The majority of all people seeking protection (71%) came to Germany for the first time during the last five years.

In 2018, about 1.3 million people had a humanitarian residence permit, meaning they had recognized protection status. This was 129,000 more than in the previous year.

Refugee status under the Geneva Convention was the most common type of protection status at 45%.

However, the government temporarily suspended most of those rejected for asylum. Afghanistan (19,000), Iraq (14,000) and Serbia (11,000) were the origin countries with the highest number of rejected applications.

More than half of Germans view asylum-seekers in a negative light, a new study shows. Prejudice against the newcomers has grown even as fewer migrants come to Germany. (25.04.2019)

The number of migrants and refugees failing Germany's integration and language classes has risen. Germany's migration office has been under fire for the quality of the courses. (22.03.2019)