The Institute for Employment Research has revealed that approximately 400,000 refugees will be in work before the end of the year. The agency is "quite satifsifed" with migrants' assimilation into the labor market. 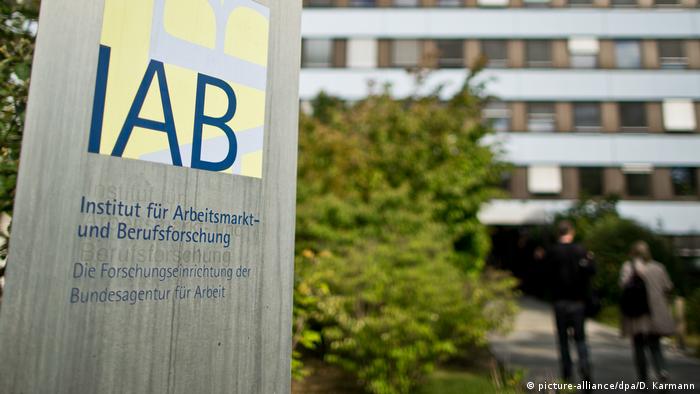 The Institute for Employment Research (IAB) in Germany expressed their satisfaction on Tuesday with the integration of refugees into the labor market.

The institute, the research arm of the Federal Employment Agency, compared the integration of the recent influx of refugees to those fleeing the Balkan conflict of the 1990s.

Herbert Brücker, head of International Labor Market Research at the IAB, said he was "quite satisfied, especially since the starting conditions for the refugees in 2015 were particularly difficult — if only because German is much further away from Arabic, for example, than the languages of the Balkans."

He told the newspapers of the Redaktionsnetzwerk Deutschland that about 36% of refugees between the ages of 15 and 64 are currently working and he expects that figure to rise "to about 40% in the fall. That's about 380,000 to 400,000 employees."

However, many are employed as temporary workers and on relatively low wages.

"There are a high proportion of refugees in the catering, security, cleaning and construction industries," said the researcher.

About 50% of the refugees with jobs are working in a skilled profession.

"This is surprisingly high, considering that only one in five refugees before leaving has a vocational qualification or has completed a university degree," said Brücker.

Doctors or researchers are classified as "specialists" in the IAB classification. "At most 8% of the refugees work in these areas," Brücker said.

Nigerian asylum seekers in Germany seem to find it easier than other African refugees to integrate into the labor market, a survey found. (13.06.2018)