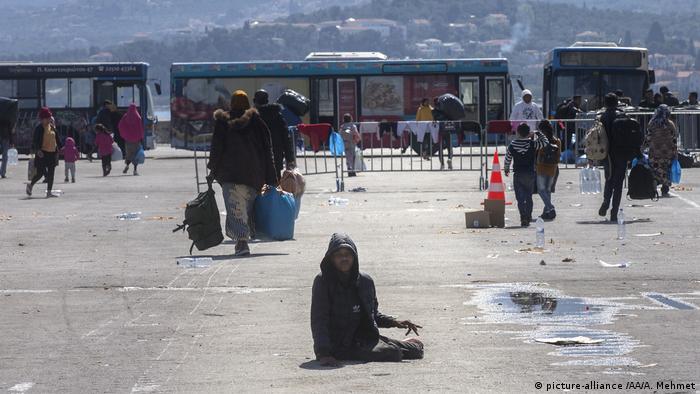 Germany put on hold a refugee pact with Turkey and will no longer accept refugees from any country, as the EU effectively shuts its borders to non-EU citizens to curb the spread of coronavirus, the interior ministry announced on Wednesday.

The so-called resettlement program between Turkey and Germany will be put on hold indefinitely. Thousands of migrants have been gathered at the Turkey-EU border since February when Turkish President Recep Tayyip Erdogan announced the border was open.

The programs have been halted owing to "restrictions on travel" because of the global COVID-19 pandemic, a government spokesman told the Funke media group. The programs will resume "when possible."

Under the program, Germany has accepted around 5,000 refugees since 2012.

The announcement comes a day after German Chancellor Angela Merkel insisted that a separate EU-Turkey refugee deal, under which Germany pays Turkey to host refugees, was still intact.

For thousands of refugees living in unsanitary conditions in camps in Turkey and Greece, the outcome of a coronavirus outbreak could be disastrous, humanitarian groups warned.

More than 40,000 refugees are currently spread among five camps on Greek islands, according to Oxfam.

"People fleeing war and persecution are trapped in Greece without sufficient food, clean water or healthcare," the charity wrote on Twitter.

Germany will still accept refugee children in need from camps despite border closures. Chancellor Merkel also promised Germany would do more to help those refugees still stranded there following a video conference with Turkey’s Erdogan and French President Emmanuel Macron.