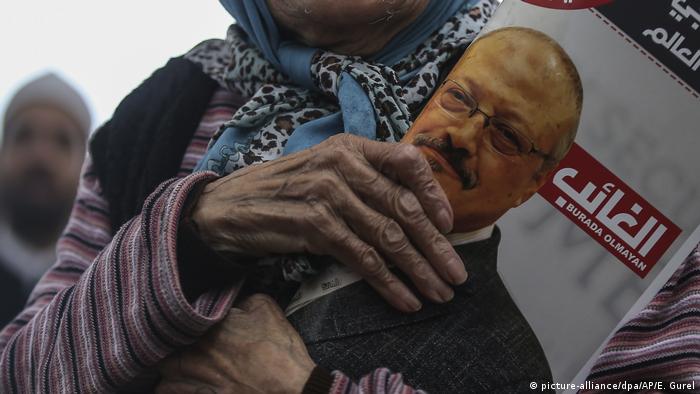 "We still have more questions than answers in the Khashoggi case," Maas said on the sidelines of a European Union meeting in Brussels, adding that he had discussed the decision with Britain and France prior to his announcement.

A German Foreign Ministry spokeswoman told the Reuters news agency that Germany's privacy laws precluded her from naming the individuals.

In another move in response to the killing, the German Economy Ministry said on Monday that it had halted all arms sales to the kingdom, even those previously approved.

A month ago, Germany said it would not give the green light to any new weapons sales to Saudi Arabia, but did not say what would happen with contracts that had already received approval.

The decision to halt exports is likely to affect the delivery of 20 patrol boats that are already under construction in the eastern state of Mecklenburg-Western Pomerania.

Other EU member states, and notably France, have so far declined to halt arms sales to Saudi Arabia.

Khashoggi was killed while visiting the Saudi Consulate in Istanbul on October 2. His body was dismembered and removed.

Germany and the European Union have repeatedly called on Saudi authorities to clarify the circumstances of Khashoggi's death. Riyadh initially denied that he had been killed. But amid growing international pressure, it accused 11 rogue agents of carrying out the killing without its consent.

Doubts remain however about the complicity of Saudi leaders. On Saturday, US media reported that the US Central Intelligence Agency believed with "high confidence" that Saudi Crown Prince Mohammed bin Salman directly ordered the killing.

Germany announced it would stop selling weapons to Saudi Arabia in late October until the full facts of Khashoggi's death were "on the table."