Germany has approved arms exports to Saudi Arabia to the tune of more than €400 million this year. The latest figures have angered those demanding an export stop in view of the kingdom's doubtful human rights record. 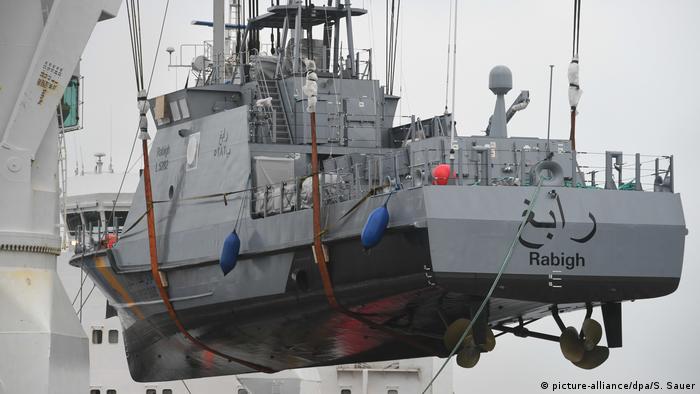 The German goverment gave the green light to arms exports worth some €254 million ($291 million) to Saudi Arabia in the third quarter of this year, the Economy Ministry said on Friday in response to a parliamentary question.

The total for the year up to the end of September was €416.4 million, it said, which makes the kingdom Germany's second-best arms customer after Algeria.

The figures were announced as Saudi Arabia comes under heavy international criticism over the disappearance of the dissident journalist Jamal Khashoggi at the start of October, with Turkey alleging that he was killed in the Saudi consulate in Istanbul by a special hit squad sent by Saudi leaders.

The kingdom has also drawn condemnation for its role in the civil war in Yemen, where it has been accused of displaying a reckless disregard for civilian lives and helping bring about what the UN has termed the worst humanitarian catastrophe in the world at the present time.

Arms sales to Saudi Arabia are also contentious because they may contravene a clause in the coalition agreement signed by Germany's governing parties stating that no weapons exports may be approved to any country "directly" involved in the war in Yemen. However, the agreement does exempt countries that had made weapons deals with Germany before the current government took power.

The clause was entered in the agreement at the instigation of the center-left Social Democrats (SPD), the junior partners in Chancellor Angela Merkel's coalition. 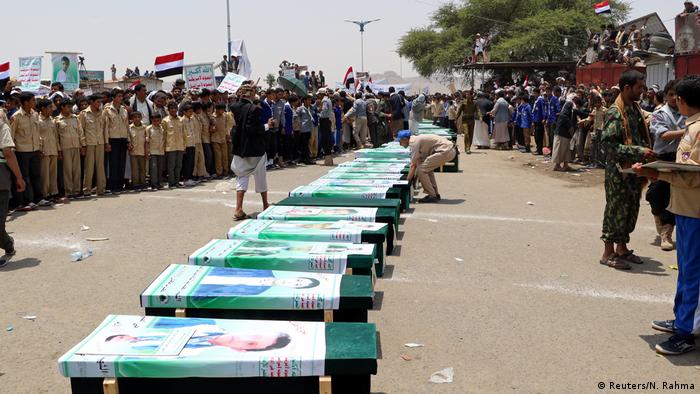 'Cozying up to Riyadh'

The deputy parliamentary leader of the Left party, Sevim Dagdelen, who was among those who requested the figures in the Bundestag, slammed the German government for maintaining its support for the regime in Riyadh.

"Neither war crimes nor the worst human rights violations, including the bestial killing of regime critics," had deterred the government from its "murderously cozying up" to Riyadh, she said, calling for an end to arms exports to "the criminal regime in Riyadh."

The foreign affairs expert for the Greens, Omid Nouripour, who also posed a question on the arms sales, told DW in an interview that recent developments made it at least a "matter of propriety" for the German government to encourage companies not to attend an investment conference scheduled to take place in Saudi Arabia from October 23-25.

However, in its response, the Economy Ministry stressed that the government always decided on a case-to-case basis on the export approvals, taking into account Saudi Arabia's participation in the conflict in Yemen. The ministry said that Berlin also laid particular weight on the respect for human rights in any country receiving arms.

Saudi Arabia has meanwhile received the new German ambassador to the kingdom, Jörg Ranau, after the resolution of a diplomatic spat between Berlin and Riyadh. A Saudi ambassador returned to Berlin at the start of October.

Differences arose almost a year ago over comments made by former German Foreign Minister Sigmar Gabriel, who accused Saudi Arabia of "adventurism" over its involvement in the resignation — later rescinded — of Lebanese Prime Minister Saad Hariri, and its participation in the Yemen conflict.

Current Foreign Minister Heiko Maas has said Germany should have communicated more clearly to avoid "such misunderstandings." However, he has demanded that Saudi Arabia explain the journalist Jamal Khashoggi's disappearance, and has postponed a planned trip to the kingdom.

While US officials said Saudi Arabia needs more time to probe the disappearance of Jamal Khashoggi, Trump said the journalist is likely dead. Turkish police have expanded their search for Khashoggi's possible remains. (18.10.2018)