Germans have never had to worry much about water scarcity. But with rising global temperatures driving record heatwaves and prolonged droughts, demand for the precious resource is increasing. 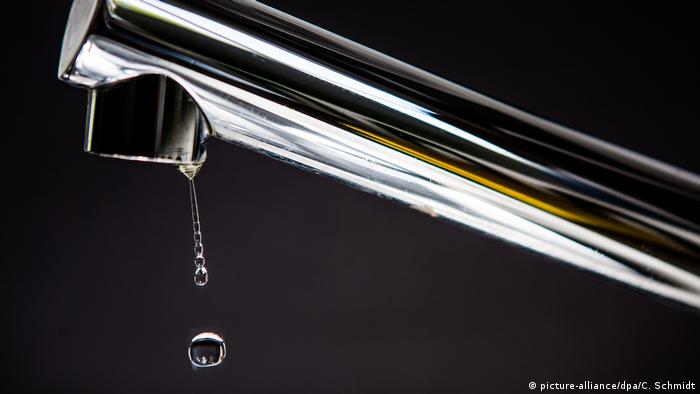 In late June, an emergency warning app developed by Germany's Office of Civil Protection and Disaster Assistance indicated that drinking water reserves had reached an "alarmingly" low level in parts of North Rhine-Westphalia. And it wasn't just there. Locals in Lohne in the state of Lower Saxony found themselves in a similarly dire situation. The only time they could get fresh water from the tap was in the evenings.

These examples make clear that water is a finite resource — something most Germans so far have not devoted much thought to.

After all, there is still an abundance of water in Germany. According to the German Environment Agency (UBA), Germans used 25 billion cubic meters of fresh water in 2013 — the equivalent of just 13% of the available fresh water reserves. But last year's scorching hot summer, a winter with very little precipitation and the limited rainfall this summer have caused groundwater levels to drop.

Lutz Neubauer, of Germany's Nature And Biodiversity Conservation Union in Lower Saxony, estimates that the "the ground water level is sinking by between 1.5 and 2 centimeters annually" in the northwestern state. This means that the amount of fresh water available is gradually declining, while insufficient rain is causing it to drop even further. 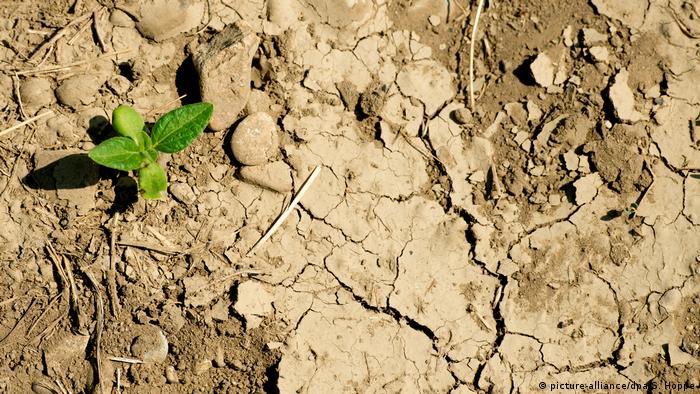 Hot spells, in turn, drive demand for fresh water. When temperatures rise, lawns require extra watering and many people yearn for a refreshing swim. This summer, authorities in northeastern North Rhine-Westphalia even fined locals for filling their pools with precious drinking water or using it to wash their cars.

Read more: Between deluge and drought, freshwater sources are struggling to replenish

In recent years it has become clear that farmers, too, desperately depend on fresh water for their crops. "There is competition for water, and we should start thinking about how to efficiently distribute this resource," says Jörg Rechenberg, a water expert with the UBA. Until recently, farmers relied on rain alone to water their crops. But as summers have grown hotter and drier, farmers have had to tap into the groundwater, too. Neubauer says that in Lower Saxony, the "number of applications submitted by farmers to be granted access to the groundwater has risen considerably."

People such as Tobias Gerdesmeyer, the mayor of Lohne, were among the first to notice that something was going awry when locals could no longer get fresh water from their taps in June. Fortunately, a drop in groundwater levels was not to blame, but rather old pipes. They are slated to be replaced in September.

Still, Gerdesmeyer says water has become a hot topic in town. "We have observed water becoming a highly sought after resource, so we are aware of this issue," he explained. He, too, has observed that farmers have an increased demand for water. And it's not just crops — a regional slaughterhouse requires considerable amounts of water as well. This is why, he says, "we need innovative ideas for how we can use it more efficiently."

Gerdesmeyer stresses that it is also important not to waste fresh water. Currently most waste just seeps into the ground when there is heavy rainfall. But Gerdesmeyer wants to change this. "We are currently thinking about installing basins under sports grounds to collect rain water for later use," he says.

At the end of the day it is organizations like the Oldenburg-East Friesian Water Association (OOWV) who manage the distribution of ground water. The OOWV, which handles water for the northwestern portion of Lower Saxony, has roughly 1 million customers, half of which are commercial parties such as farms and industrial enterprises. 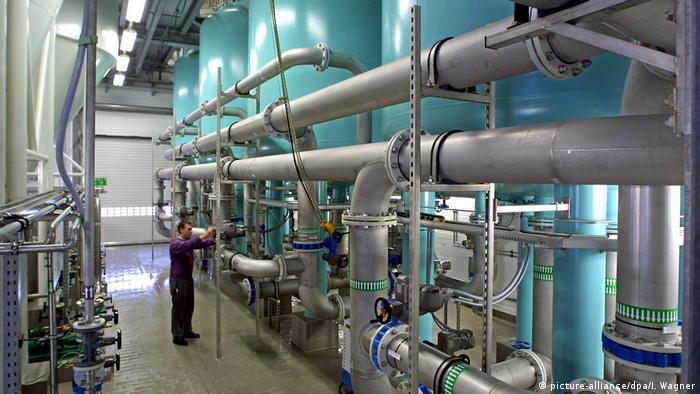 OOWV Deputy Manager Axel Frerichs says the 15 water works belonging to his association are experiencing very high demand for ground water. In mid-July, water consumption was the highest ever in the OOWV's 71 years of existence. The organization has asked customers to reduce their consumption and has also reduced water pressure. But Frerichs believes further measures will have to be taken. "In 50 years time, clients in this region might find themselves in a climate similar to that in Toulouse today," he says. "We need to upgrade our water works so we can recover more water."

Water scarcity is not yet an issue in Germany. Pretty much all experts, including the UBA's Rechenberg, agree on this. This means there currently is no heightened risk of environmental and economic problems, according to the UBA. Thus, there is "no reason to panic or take radical steps," Rechenberg says. Even so, he adds: "It is about time we start implementing new ideas so that we will continue to have good drinking water flowing from our taps in the future."

Ten months ago, Germany's Environment Ministry initiated a series of national water round tables, bringing together representatives from the farming and industrial sector, among others. The plan is to devise a much needed long-term water strategy by the fall of 2020. The initiative has been dubbed: "The future of water."

High temperatures and a prolonged drought are disrupting daily life in Germany. Ship cargo on the River Rhine has been reduced by half and fish populations have been threatened by high water temperatures. (26.07.2018)