Pro-democracy advocates, a former CIA officer and world chess champion Garry Kasparov have slammed the German government's response to Russia's voting rights being reinstated in the Council of Europe. 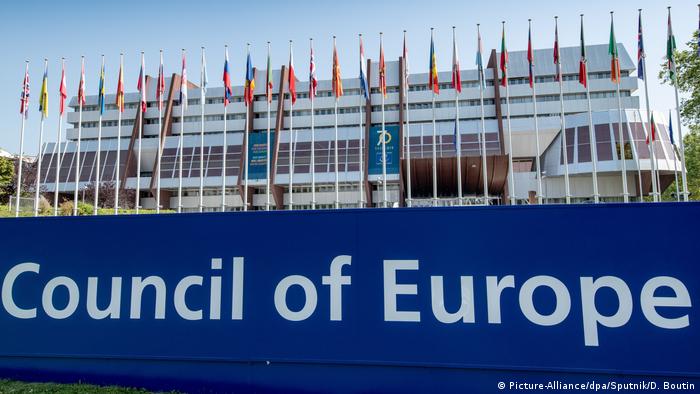 The German government came under fire for its support of the controversial decision to restore Russia's voting rights in the Council of Europe (CoE) this week.

"Russia belongs in the Council of Europe — with all the rights and obligations that entails," German Foreign Minister Heiko Maas said in a statement on Twitter. "This is good news for Russia's civil society."

The statement, which was posted in German as well as excerpted in English, racked up hundreds of comments, including from rights activists and prominent Kremlin critics.

Garry Kasparov, a former world chess champion and a former leading figure in the Russian opposition, issued a scathing critique of the decision.

In a series of tweets, he compared it to the appeasement of Adolf Hitler in 1938 after he seized the Sudetenland and said the move was likely linked to the controversial Nord Stream 2 gas pipeline project with Russian state gas producer Gazprom that will deliver gas from Russia directly to Germany.

"On behalf of Russian civil society forced to live abroad, f--- you. Appeasing a dictator and rewarding aggression will make things worse, it always has," he said.

"Are you kidding me?" wrote John Sipher, a former CIA officer who ran the US intelligence agency's Russia operations, later adding: "shame."

Alice Stollmeyer, executive director of the pro-democracy initiative Defending Democracy, said that either the German government is "still naive or it is willing to sell our values."

"I don't know which is worse," she added.

The CoE, which is separate from the European Union, is a body tasked with promoting human rights, the rule of law and democracy in its 47 European member states.

Its best-known institution is the European Court of Human Rights, where citizens in its member nations can appeal if they feel their rights have been infringed upon.

Following Russia's annexation of the Crimea peninsula from Ukraine in 2014, Moscow lost its voting rights in the council's Parliamentary Assembly. It then boycotted the council had has refused to pay its €33 million ($37 million) portion of the budget since 2017.

Russia threatened to leave the body altogether if it was not allowed to participate in a vote this week for the CoE's new secretary general.

Both Germany and France reportedly pushed through a compromise that would allow Russia to return, although Berlin emphasized that certain conditions must be fulfilled in return.

"This includes the quick resumption of Russia's membership fees, as well as Russia adhering to the standards by which it is bound under the European Convention on Human Rights," Maas said.

'The human right to free speech is being violated in Russia'