The Green party sought to scrap the agreement, citing safety concerns. However, the government in Berlin says it is committed to its longstanding deal over the "peaceful use of atomic energy" with Brazil. 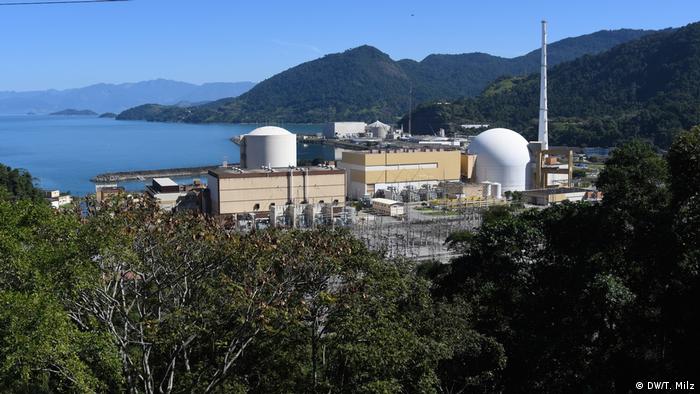 Germany's parliament, the Bundestag, on Thursday ignored pleas from the Green party to scrap a nuclear agreement with Brazil. "Our cooperation in this area has worked well for decades," as Parliamentary State Secretary for the Environment Rita Schwarzelühr-Sutter of the center-left Social Democratic Party (SPD) told to DW. "There are currently no plans to cancel the agreement."

The deal, signed in 1975, pertains to the "peaceful use of atomic energy," that is, the construction of nuclear power plants. It was originally negotiated by Brazil's military dictatorship and the SPD government of Helmut Schmidt.

But Sylvia Kotting-Uhl, the Green party chairwoman of the Bundestag's environmental committee, said Thursday there is no reason to maintain the treaty. The agreement comes up for a vote for extension or termination every five years. 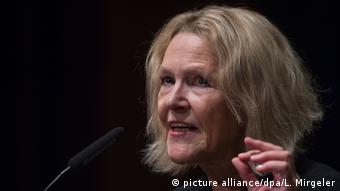 "We requested the agreement be terminated five years ago," Kotting-Uhl told DW. "At the time, the government claimed that maintaining the deal would allow Germany to influence safety standards for Brazil's nuclear power plants. Meanwhile that has been proven false. Brazil's safety standards are entirely opaque. The German government has no idea what they even are."

Moreover, added Kotting-Uhl, with the election of far-right President Jair Bolsonaro, Brazil now has a leader with a long-term plan to develop nuclear weapons. "He wants to complete the fuel cycle, that means the risk of Brazil producing weapons-grade material is very high," she said.

The Green party request to terminate the deal notes that Germany, a country that has declared it no longer has faith in nuclear energy, must send a signal to Brazil: "Germany's planned 2022 national nuclear phaseout should guide its policy within Europe and across the world. Germany could be a role model for the global phaseout of nuclear energy."

Materials for the Angra site, named for the coastal city of Angra dos Reis where it is to be located, have been in storage for decades. Many of its components were produced in Germany.

Construction of the facility was scheduled to begin years ago, and now most of its parts are considered obsolete. That means the design for Angra 3 is similar to German nuclear power plants taken offline years ago. Furthermore, geologists say the Angra area is prone to landslides, raising further safety concerns. 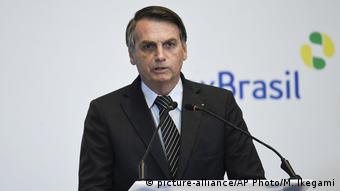 Brazil has a new nuclear vision under far-right President Bolsonaro

Yet, after the cancellation of financial assistance for the Amazon rainforest this summer led to friction between Brazil and Germany, the government in Berlin seems keen to avoid starting a new conflict.

Back in 2018, the German government justified its commitment to maintaining the agreement, despite objections from the Greens, by again arguing it would improve safety standards in Brazil: "There are no foreign policy or energy policy considerations that would necessitate termination of, or amendments to the nuclear agreement with Brazil. The cooperation agreement on the peaceful use of nuclear energy affords, among other things, the German government the opportunity to exert influence over improvements to safety standards at Brazilian nuclear facilities."

Now, despite concerns about Bolsonaro, the treaty has been extended for another five years. Bolsonaro's government is currently planning to move ahead with construction of the Angra 3 plant, with completion slated for 2026. Cost projections, originally pegged at €2.1 billion ($2.3 billion), have now soared to €5.6 billion.

As European countries seek out new energy sources, some are increasing their use of nuclear power. But finding places to store radioactive waste has been a consistent problem. Finland is pioneering a system to permanently contain spent nuclear material.