Germany's Interior Ministry will extend migration controls at borders with Austria and Denmark for another six months. Denmark, Austria and France have also announced their intention to extend border controls. 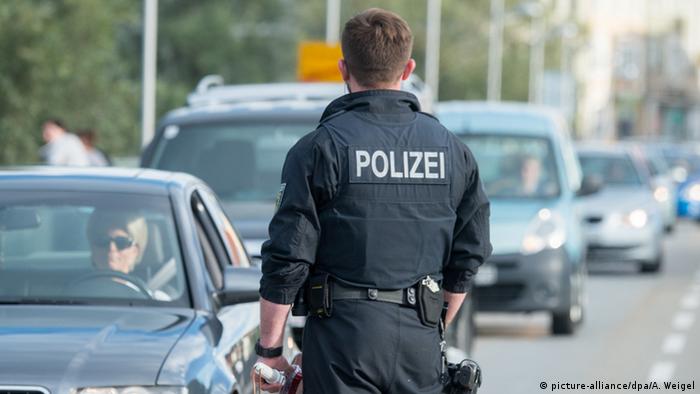 Germany's Interior Ministry announced on Friday that it will extend migration controls at borders with Austria and Denmark, which were reintroduced in several parts of the normally passport-free Schengen area after the European migrant crisis of 2015.

The extension is set to begin on November 12, one day after they were set to expire, and apply for six months.

German Interior Minister Horst Seehofer based the new measure on the argument that illegal secondary migration — i.e., migrants moving on from where they entered the EU to another member state — was still too high and that border protection of the European Union's external borders was still lacking.

"The conditions for lifting the internal controls still don't exist," he said in a statement.

He added that  it was his duty to "do everything in [his] power to respond responsibly and appropriately" to the challenges of migration and security.

All three countries belong to the 26-nation Schengen area, which normally allows for people to travel freely without the need for passports or border checks. However, several Schengen members reintroduced border controls after the European migration crisis of 2015 — when hundreds of thousands of migrants and asylum-seekers had to be dealt with.

Border controls between Germany and Austria were initially put into place in 2015 after tens of thousands of migrants entered Germany via Austria, having travelled through Greece or Bulgaria and then onwards via the so-called Balkan route.

Denmark began conducting its own border checks in early 2016 at border crossings to Germany, including ferry terminals and the joint land border. It also announced its intention to extend border checks on Friday, citing security threats and the need to control migration flows.

EU rules say countries in exceptional circumstances can reintroduce border controls for up to two years in six-month periods.  New measures must be justified to the European Commission, the EU's executive branch.

France, Sweden and Norway, the last of which is not an EU member, are the other Schengen countries besides Austria, Denmark and Germany carrying out migrant-related border checks. France and Austria have previously announced their intention to extend border checks.

Seehofer, whose Christian Socialist Union (CSU) party is facing a tough election in Germany's border state of Bavaria on Sunday, has taken a hard stance on immigration since being appointed as interior minister by German Chancellor Angela Merkel.

He nearly toppled Merkel's coalition government earlier this year when he threatened to turn back migrants at the border with Austria, where arrivals there have dropped off steeply since 2015-2016. The dispute was resolved after Germany reached bilateral agreements with some EU member states.

The Interior Ministry said Friday that nearly 4,000 of the more than 7,000 people who crossed the German-Austrian border illegally this year have been turned back.

Seehofer said the ultimate goal is still to abolish border controls within the Schengen area, but that necessary conditions must be met.

"A return to a Schengen area without border controls remains our declared goal," he said.

The European Commission has been trying to do away with border checks, with EU Migration Commissioner Dimitris Avramopoulos saying on Friday that the "The citizens of Europe must continue to feel that they are free to travel around."

The Commission has proposed measures to significantly increase security at the EU's external border, which includes raising the number of border officers to 10,000 by 2020. EU interior ministers are discussing the commission's proposal in Luxembourg.

Twenty-two of the EU's 28 states have eliminated border controls, enabling free-flowing trade. Now, due to the pressures of illegal migration, border checks may be reintroduced. What are the real costs? (12.07.2018)

Italian police arrest 'IS' suspect over Bataclan attack 2m ago