How costly would inner-European border controls be? | Business | Economy and finance news from a German perspective | DW | 12.07.2018

Twenty-two of the EU's 28 states have eliminated border controls, enabling free-flowing trade. Now, due to the pressures of illegal migration, border checks may be reintroduced. What are the real costs? 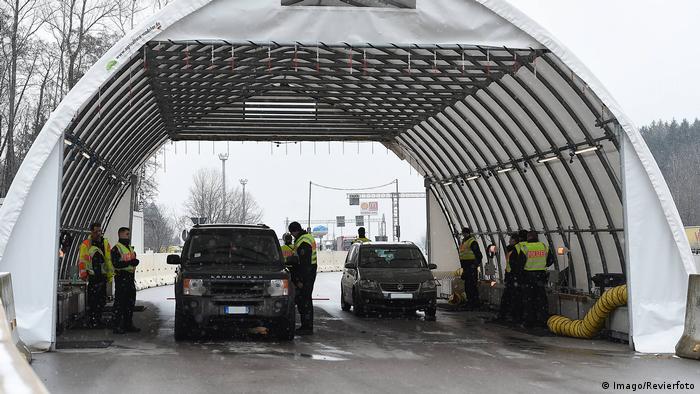 In June 1985, an agreement to form a zone in Europe without border controls was signed in the small town of Schengen in Luxembourg. At the time, the agreement included only Germany, France and the three Benelux countries: Belgium, the Netherlands, and Luxembourg. Since then, the "Schengen zone" has expanded to encompass 22 of the EU's 28 countries, plus Liechtenstein, Norway, Iceland and Switzerland, which are not EU members. Additional countries, including Bulgaria and Romania, want to join as well.

Schengen is widely regarded as one of the major achievements of European integration. It has enabled people and goods to move freely across borders within Europe, without having to stop for passport checks or controls of any kind.

That has been especially useful for trucking companies moving goods within Europe. Before Schengen, drivers sometimes had to queue for many hours, waiting for cargo inspections. This caused friction, delays and uncertainties to European supply chains, in goods ranging from fresh fruit being moved from southern Europe to car parts and other industrial goods. 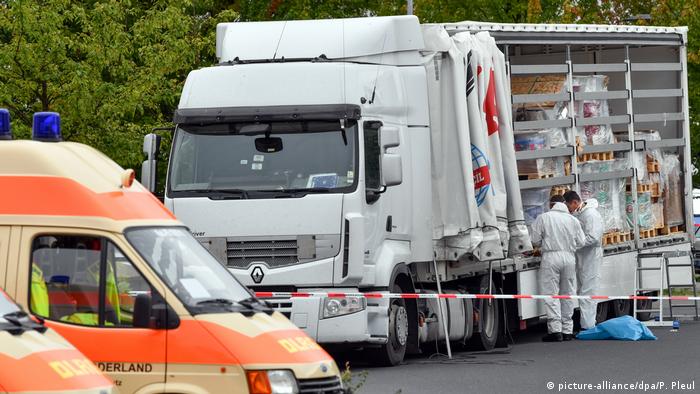 This truck was used to smuggle 51 illegal migrants into Germany by people smugglers. It was caught by police near Frankfurt (Oder), a town in the state of Brandenburg near the Polish border. How many such trucks get through without getting caught? No one knows

The borderless zone is at risk

But over the past three years, the Schengen zone has increasingly been put into question. The reason: Free movement of people, goods and services without border controls also means free movement of illegal migrants, as well as criminals and terrorists, within the Schengen area. Various countries introduced temporary border checks, including at the border between Austria and Germany.

As the European Commission said in a 2016 press release: "The conflict and crisis in Syria and elsewhere in the region have triggered record numbers of refugees and migrants arriving in the European Union, which in turn has revealed serious deficiencies at parts of the Union's external borders and resulted in a wave-through approach applied by some member states. This has led to the creation of a route across the Western Balkans which sees migrants traveling swiftly north. In reaction, several member states have resorted to reintroducing temporary internal border controls, placing in question the proper functioning of the Schengen area of free movement and its benefits to European citizens and the European economy." 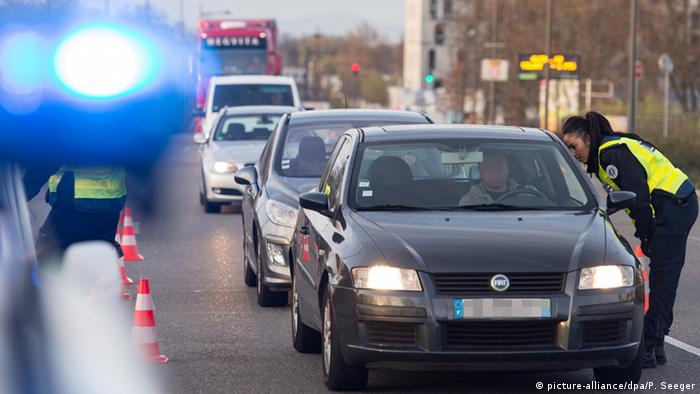 France declared a state of emergency and reintroduced border controls after terrorist attacks in 2015. Here, French police check vehicles at the German-French border near Strasbourg, November 2015

The Commission's reaction was to attempt to push back against national governments' reintroduction of border controls. It said in 2016: "Restoring the Schengen area, without controls at internal borders, is... of paramount importance for the European Union as a whole."

But with populist governments being elected throughout Europe, with their supporters motivated primarily by hostility to uncontrolled immigration from the Middle East and Africa, the European Commission is gradually losing the fight against the reintroduction of border controls at national boundary checkpoints within Europe. That will have significant economic effects — although their magnitude cannot be known with precision.

Border checks mean queues, queues mean delays, and delays cost money. There's no question that the reintroduction of systematic border controls, with trucks backed up for miles at borders as inspectors look through them for people smuggling operations, will have a negative impact on the European economy. But how much of an impact? 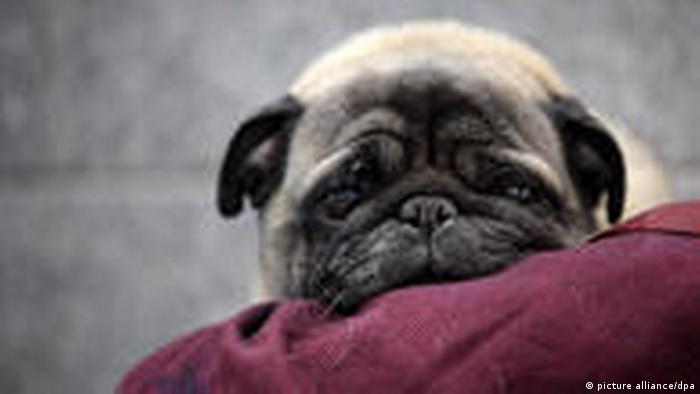 Doesn't this pug look sad? Businesspeople and European Commission officials get sad when they think about the possibility that comprehensive internal border controls might be reintroduced within Europe

Border delays could lead to fruits and vegetables rotting in trucks, wasting food as well as money. But spoilage of soft goods isn't the only problem that could arise if the Schengen Agreement dies. Hard goods could be affected, too.

For example, Jürgen Pinter, deputy manager of a factory that produces — among other things — a variety of fans for use in air conditioners and other equipment, told DW that the reintroduction of border controls could result in a one or two day supply chain delay, and that in turn could cost his company, Ziehl-Abegg, some €2.5 million ($2.9 million), by forcing it to build a warehouse for parts storage. At present, the company relies on a just-in-time production model. It imports parts from a subsidiary in Hungary, where wages are relatively low, to its assembly plant in the southwestern German state of Baden-Württemberg.

That's anecdotal evidence. What about estimates of the aggregate economic impacts that might result if the Schengen Agreement were cancelled, and comprehensive border checks were reintroduced within Europe? 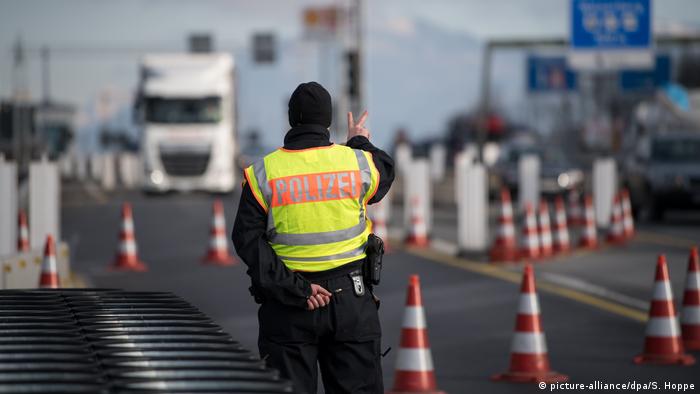 Several senior Bavarian politicians are especially vehement about the need to reintroduce border controls to clamp down on illegal migrants. Here, Bavarian police make spot checks at Schwarzbach on the highway between Salzburg, Austria and Munich

DW's inquiries produced a range of responses to this question. The Berlin-based German Institute for Economics (DIW), for example, refused to venture an opinion. DIW's press officer told DW that after an internal discussion, DIW was taking the position that any estimates about the magnitude of economic impact of a reintroduction of intra-European border controls would be "unserious."

In contrast, a 2016 study by Prognos AG, a consultancy, for the Bertelsmann Institute, used an economic model to estimate that the reintroduction of permanent and comprehensive border controls within the Schengen area would reduce total economic productivity between 77 and 235 billion euros from 2017 until 2025. That's a pretty broad range, which reflects the high degree of uncertainty in any such economic model.

A different perspective has been offered by Viktor Heese, a financial analyst with close ties to Germany's right-wing populist party, Alternative for Germany (AfD). Heese has said that a reintroduction of systematic border checks would be expensive, at perhaps €8 billion per annum in direct costs, but would nevertheless be cheaper than the annual costs of paying for large numbers of refugee claimants, which Heese put between €30 billion to €50 billion per year. 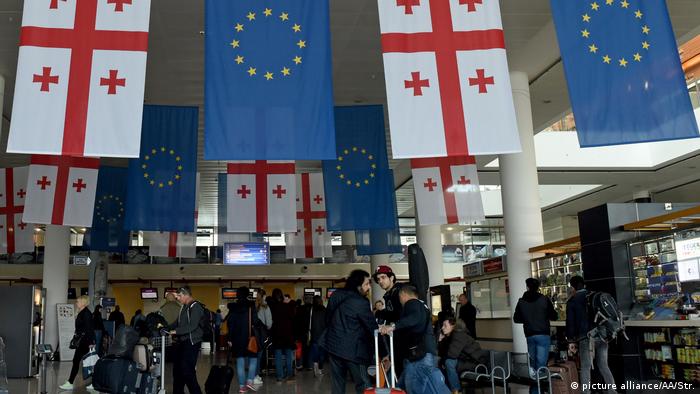 Georgia, a small country on the eastern shore of the Black Sea that used to be part of the Soviet Union, is keen to deepen its relationship with the European Union. In March 2017, Georgia's citizens were granted the privilege of 90-day visa-free travel within the 22 countries of Europe's Schengen area

In yet another study, a trio of economists under the leadership of economist Gabriel Felbermayr at the Munich-based ifo institute, an economic think-tank, estimated that the Schengen Agreement had boosted trade within Europe by about 2.8 percent. However, the study noted that Schengen was only one element of the European Union's common market regulations, which also included factors like elimination of tariffs and pan-European technical standards, and said that "other aspects of EU integration matter much more for trade than Schengen."

On the other hand, Felbermayr and his colleagues wrote, "although the trade promoting effects of Schengen seem relatively small compared to other integration measures, abolishing the Schengen area implies bearing further costs which are not as easily quantifiable. The free movement of people can be considered a climax in the ongoing process of European integration which, if forfeited, might jeopardise the European idea and many of its political achievements," casting doubt on "whether an ongoing European integration process could be ensured in spite of ... ending the Schengen Agreement."

In other words, some political economists worry that the real cost of reintroducing border controls within Europe might be to put the European Union on the path to disintegration.