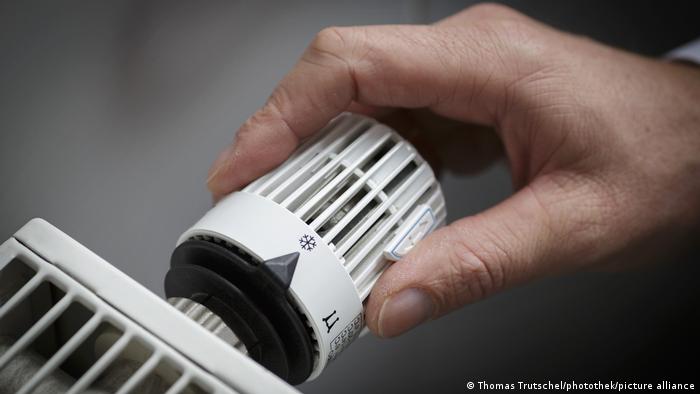 Olaf Scholz said at a Thursday press conference that his government was cutting the value-added tax (VAT) on gas from the standard rate of 19% to 7% for a limited period until 2024.

The German chancellor said that he expected energy companies "to pass on this saving 1-to-1" to consumers.

Like the 2.4 cent per kilowatt hour levy on gas announced earlier this week, the reduction will come into effect in October and run until the end of 2023.

The announcement of the levy had prompted immediate appeals from industry and from opposition politicians for the government to find a way to soften the blow.

"With this step, we are unburdening customers much more on balance than the burden that the gas levy will create," Scholz said.

Initially, Scholz's government had said it hoped to soften the blow of the gas levy by making the levy itself totally exempt from value-added tax. But to do this, it would have needed permission from the EU, which did not approve of the idea.

What Berlin can do without consulting Brussels, however, is change the VAT rate it levies on gas in general.

The lower 7% rate is levied on goods that are deemed either essential or of cultural value, including groceries, local public transport journeys, books, magazines, and theater and museum tickets. Other goods and services are subject to a 19% value-added tax.

Gas is comfortably the most popular means of household heating in Germany, used to heat just under half the homes in the country.

An EU-wide emergency gas plan came into force earlier this month. And in Germany, politicians are looking into ways to limit power consumption now and heading into the winter. Public buildings, with some exceptions like hospitals, will only be heated to 19 degrees Celsius (66.2 Fahrenheit) this winter, and the city of Hanover made international headlines late in July when it turned off the hot water at the showers for public swimming pools and sports centers.

The country is also in the process of trying to fill up its liquid natural gas reserves ahead of the winter.

Economy and Energy Minister Robert Habeck recently announced a plan to fill LNG reserve containers to 95% capacity by November 1. At the time reserves stood at around 65% and last weekend they reached 75% two weeks ahead of schedule.

Nevertheless, the president of the German agency that looks after various networks including rail and gas said on Thursday that he had his doubts about reaching the November target.

"I am not counting on our achieving our next reserve goals as quickly as the first," Klaus Müller told the t-online news website.

"We fall short of an average of 95% by November 1 in all our projections," he said. "There's hardly a chance of achieving that because some storage sites started at a very low level."

Müller also warned that consumers probably ought acclimatize themselves to the strains on the gas market being medium or long term in nature.

"It's not just about one winter but rather at least two. And the second winter could be even harder," he said. "We've got to save a lot of gas for at least another year. To put it clearly: it's going to be at least two stressful winters."