Will fracking make a comeback in Germany in face of gas crunch? | Environment | All topics from climate change to conservation | DW | 18.08.2022 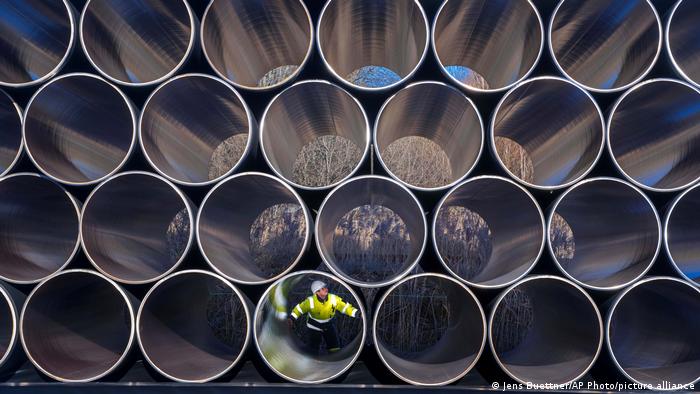 Temperatures might be soaring across Germany but staying warm this winter without Russian gas — which until the start of the Ukraine war supplied over 50% of annual demand — is already a pressing concern.

But most surprising is talk of exploiting domestic shale gas deposits through fracking, a practice banned in Germany and in a number of European countries due to its potential environmental and climate impacts.

Yet members of Germany's coalition government want fracking to be reconsidered as a potential solution to the coming gas crunch.

Germany is already building infrastructure and terminals to facilitate the flow of LNG from the United States that comes primarily from fracked sources, which is the result of an EU-US gas deal struck in March. But Europe's largest economy banned shale gas fracking at home in 2017.

The ban, which was due to be reviewed in 2021 but remains in place, extends to deep-lying "unconventional" shale gas deposits that can only be extracted through hydraulic fracturing.

Here fracking fluid made up of water, sand and chemicals is injected up to 5 kilometers (3 miles) under the earth to break up the bedrock and extract gas. The process uses vast amounts of water and could contaminate groundwater that is already receding due to persistent drought in Germany.

Fracking also leaks the greenhouse gas methane — the global heating impacts of which are over 80 times higher than CO2 over a 20-year period, noted Sascha Boden, an energy and climate advisor at NGO, Environmental Action Germany.

Methane leakage from tens of thousand of wells in the Permian Basin in the US states of Texas and New Mexico, for example, has helped create a "climate bomb" that is nullifying mitigation measures.

Yet drilling for gas in "conventional" and more accessible sandstone gas seams is permitted under strict regulations in Germany, and currently provides around 5% of supply — even if critics say the extraction method is akin to fracking and was simply labeled conventional to imply "good" fracking is possible.

German shale gas is primarily found in the northwestern states of Lower Saxony and North Rhine-Westphalia and has the potential to provide 3 to 20 times (between 320 and 2,030 billion cubic meters) the amount of conventional gas, according to the German Research Centre for Geosciences (GFZ).

Shale deposits could cover 20% of current demand, as estimated by German Federal Association of Natural Gas, Petroleum and Geoenergy (BVEG). But for Sascha Boden, only half might be economically viable due to the high drilling infrastructure costs, for example.

"This is hardly enough to make Germany independent of Russian gas," he said.

A recent German poll showed that just 27% of respondents embraced fracking as a short-term energy solution — compared to 81% support for an expansion of wind energy.

"Germany is densely populated and developing the necessary tens of thousands of drilling wells would be nearly impossible without major resistance," Boden said.

Such views have not stopped the pro-business FDP party — one third of Germany's governing coalition — from talking about fracking as a way out of the crisis.

"Fracking does not cause any relevant environmental damage under modern safety standards," Torsten Herbst, parliamentary director of the FDP, opined in a June interview with German weekly newspaper Welt am Sonntag.

He added that it's contradictory to support the import of fracked gas from the US while opposing domestic fracking.

Holger Weiß, member of the German parliament's expert committee on the technology, told the Sunday edition of German daily FAZ that fracking can be done "nowadays with an acceptable residual risk."

Robert Habeck, Germany's vice chancellor and a Green Party member disagrees with his coalition partners that fracking is a potential energy crisis solution. "The debate about fracking is of no use to us at all right now," he said in July, explaining that this is in part due to the difficulty of getting approval.

Kjell Kühne, climate activist and director of the Germany-based Leave it in the Ground Initiative, said the new fracking push was "opportunistic."

"It would take several years to get any fracked gas out of the ground in Germany," he said. "Fracking is not going to do anything about this winter or the next." 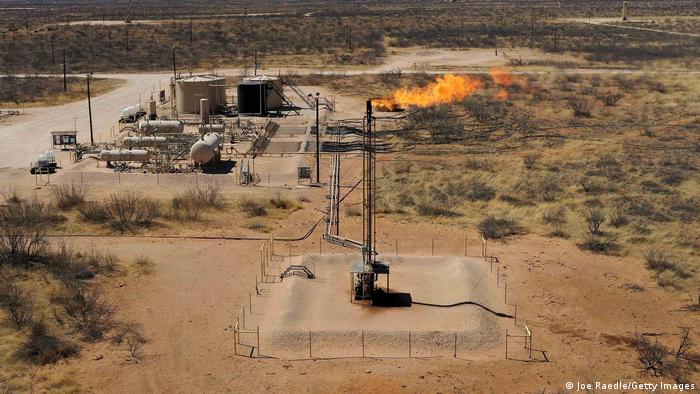 In response to the fracking advocates, calls are growing for a quicker transition to renewable energies.

"Crucial to the gas phase-out are energy savings and a renewable heat transition," said Gerald Neubauer of Greenpeace Germany, adding that gas heating systems should be banned in favor of "a massive expansion campaign for heat pumps, solar thermal energy and home insulation."

The European Union's emergency gas plan that went into force on August 9 intends to cut gas use by 15% over the next 9 months.

"We have a clear task: reduce the amount of energy we consume, at all levels," said Robert Habeck.

"The gas industry is unscrupulously exploiting Russia's war of aggression to advance its interests and make even more profits," said Charly Dietz from German climate activist group Ende Gelände, who last week blocked the construction of a terminal in Hamburg where fracked LNG gas will be delivered.