As pressure mounts for a ban on Russian gas and oil imports, the DIW think tank suggests that alternative suppliers and lower consumption could free Germany from its dependence on the Kremlin to cover its energy needs. 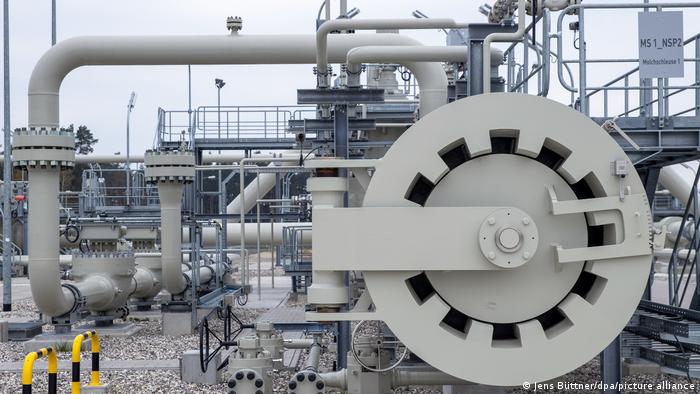 The German Institute for Economic Research (DIW), a Berlin-based think tank, says Germany could kick its dependency on Russian energy imports by winter of this year. That's considerably sooner than government estimates of mid-2024 or perhaps later.

On Friday, the DIW presented a paper suggesting that Germany could survive the coming winter without Russian gas by embarking on a three-pronged approach of supply diversification, increased storage and pipeline efficiency, and decreased industry and household consumption.

"If potential energy savings are maximized at the same time deliveries from natural-gas-supplying countries is expanded as far as technically possible, German natural gas needs for this year and the coming 2022/2023 winter could be guaranteed without Russian imports," according to the DIW.

The issue of Germany's — and the European Union's — dangerous dependency on Russia to cover its energy needs has taken center stage as the invasion of Ukraine grinds on, highlighting the inability to cut the revenue flows funding the war.

Savings could reduce demand for Russian imports by a quarter

The DIW says Germany could reduce demand for Russian gas by 18-26% through saving electricity alone, suggesting that households turn down thermostats and use less warm water, and industry turn to alternative fuels such as coal and biomass.

Savings would then be supported by expanded imports from friendly countries that export liquefied natural gas (LNG) such as Norway and the Netherlands. The DIW says increased imports from Norway alone could cover a fifth of current annual imports from Russia.

Instead, the report's authors suggest using existing LNG terminals in the Netherlands, Belgium and France in order to increase volume in EU pipelines. Such a move could replace a quarter of all annual Russian imports according to the report.

At the same time, the report stressed the importance of filling strategic reserves to 80-90% of capacity before winter hits, as well as more efficient use of the European pipeline system to increase German gas imports from North African nations such as Algeria and Libya via southern EU nations.

Germany 'needs to be prepared' for halt of Russian gas supply

The DIW report acknowledges that "added supply alone will not be enough to make up the current volume of Russian gas imports" but suggests Germany could well cover its needs if that expansion is paired with throttled demand.

"While natural gas in the energy sector could be replaced by alternative energy sources in the short term, lower consumption will also mean less industrial production. Sectors that are especially hard hit should be compensated," the authors write.

Berlin has been loath to join calls for a total ban on Russian energy imports, citing the potential havoc this would wreak on German business. Economic Affairs and Climate Action Minister Robert Habeck, of the Green Party, previously said Germany would likely need until mid-2024 to wean itself off Russian energy.

That hesitancy has led others in the West to single out Germany as an impediment to combating Russia. However, the EU's foreign affairs commissioner, Josep Borrell, said: "No, this isn't just a German problem because the German economy is very closely tied to the European economy."