Higher than expected tax revenue and lower spending have led to the surplus, the fifth in as many years. Still, no one is rushing to invest the extra cash, something critics say is desperately needed. 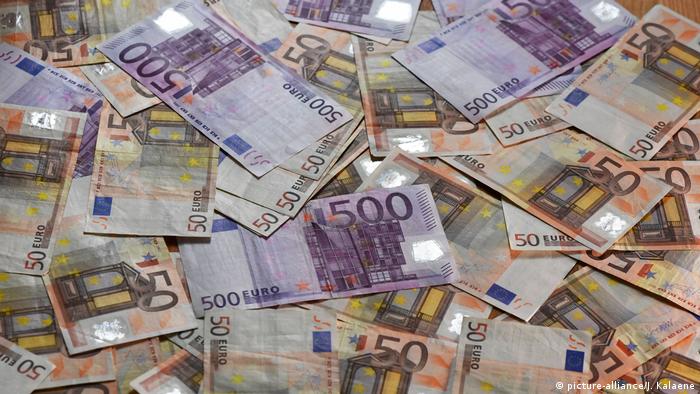 Even though Germany had taken in more in taxes and spent less than expected, resulting in a budget surplus of €11.2 billion ($12.8 billion), German Finance Minister Olaf Scholz warned, "The good times in which the state keeps taking in more taxes than expected are coming to an end."

The budget surplus was Germany's fifth in a row and the first in Scholz's tenure after taking over for Wolfgang Schäuble. Scholz has vowed to maintain Schäuble's "black zero" policy in which no new debt is added and overall debt is paid down in an effort to bring it under 60 percent of the gross domestic product, the EU limit.

That policy has been criticized as a fetish in the past, with many urging the government to make investments in housing, infrastructure and digitalization. Green Party budget expert Sven-Christian Kindler said Monday, "Our society can no longer be allowed to deteriorate."

Both the CDU/CSU group and the SPD have warned each other about how each would like to deal with the cash. The CDU/CSU warned against spending it on social welfare programs and the SPD rejected the idea of using it to finance tax cuts.

CDU budget expert Eckhardt Rehberg projected that 2018 could be the last year with such a surplus, saying: "There probably won't be unexpected tax income in the coming years. We have to start pushing the spending brakes." Rehberg added, "We simply don't have the money to finance all of the welfare programs that the SPD is always calling for."

In the end, some of the surplus will be likely used to pay for refugee programs and the rest invested in a so-called digital fund. One bone of contention between the two blocs is the so-called solidarity surcharge, which has been used to finance the reconstruction and development of eastern German states, though the money can also be used to fund other projects. The CDU/CSU wants to get rid of the 5.5 percent tax paid by every German, whereas the SPD wants to exempt only lower and middle-income citizens.

Germany, an export powerhouse, has suffered of late as key industries such as the automobile sector have seen losses, and exports have been hit as a result of the ongoing US-China trade war.

The third quarter of 2018 saw Germany's economy contract for the first time in over three years, causing the government to cut growth forecasts for the year to 1.5-1.6. Growth in 2017 was 2.2 percent.

Scholz is expected to present a balanced budget proposal of €348.5 billion in spending — and the same amount in savings — in the coming weeks.