More than six months into 2018, Germany passed its budget for the current year, pledging more money for the army, police, and migrant officials. The government may be new, but its principle stays the same – no new loans. 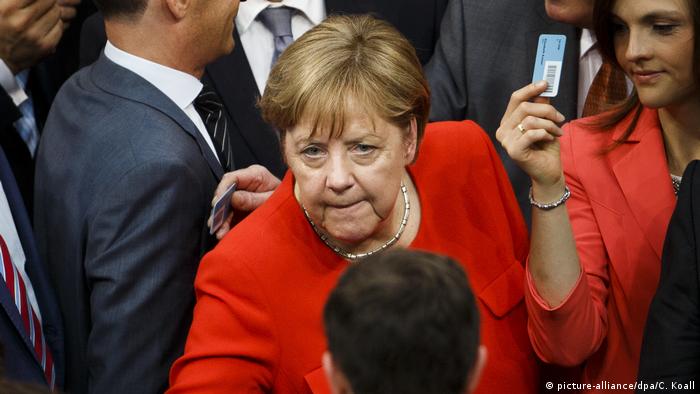 With Scholz taking the helm as finance minister in March, many have expected Germany to go on a spending spree and increase deficit. In reality, Scholz's budget is 3.9 percent larger than the one proposed by his predecessor Wolfgang Schäuble for 2017.

However, Scholz seems determined to follow the footsteps of the conservative Schäuble and continue Schäuble's four-year-streak of not taking any new loans.

The state will direct parts of the 2018 increase to the army, which is in dire need of new weapons and equipment. More funds will also be earmarked to boost numbers of the federal police and customs officials, as well as to the country's migrant agency.

At the same time, the government is reintroducing the kind of benefit that would encourage families with children to become homeowners, dubbed Baukindergeld. The state will also finance a project to put a high-speed internet connection into more than 5,000 schools across the country.

Minister Scholz said the budget was "solid" and allowed for investing into issues of the future and social cohesion.

"This is a principle that would stay valid in the future," he said.

Another day, another yearly budget

Opposition deputies from the Germany's Left party slammed Scholz for boosting defense spending, while the pro-business FDP criticized the Baukindergeld benefit. The populist AfD decried the amount of Germany's funds going to the European Union. Tobias Linder from the Green party called the 2018 budget a budget of "standstill" that does not answer the challenges of social division, childhood poverty, and climate change.

The Bundestag only passed the 2018 spending plan six months into the year due to deputies waiting for months for their parties to agree on forming on new cabinet following the September 2017 election.

Scholz is already working on passing his 2019 budget immediately after the 2018 one. He is due to present his proposal, which would bring another 3.8 percent increase, to members of the German cabinet on Friday.

EU officials are reportedly trying to figure out if a US evaluation of the impact of moving troops from Germany is a negotiating ploy ahead of a NATO summit in July. The US Department of Defense has rejected the claims. (30.06.2018)