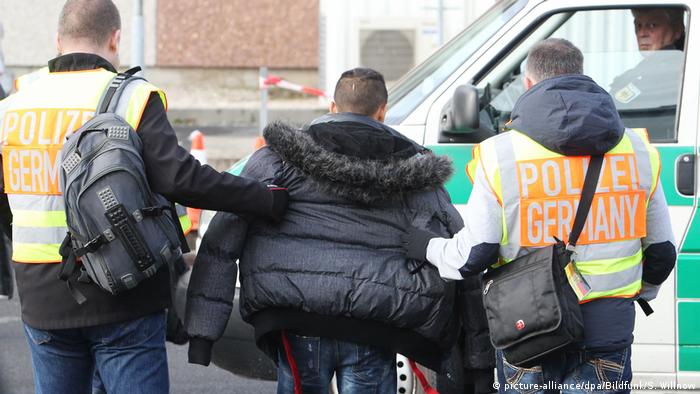 Germany will not renew the ban on deportations to war-ravaged Syria, the German Interior Ministry announced on Friday.

The decision was made at a virtual meeting of the country's 16 state interior ministers, who rejected calls from the center-left Social Democrats (SPD) to extend the measure.

Announcing the change, Deputy Interior Minister Hans-Georg Engelk said Germany should not be a shelter for criminals and threats.

The ban has been in place since 2012, a year after the multi-sided civil war began.

The rule sought to protect failed Syrian asylum seekers from being returned to a conflict zone.

The change means that from January 1, courts can decide on a case-by-case basis whether to deport those Syrian nationals convicted of crimes in Germany.

However, Lower Saxony's Interior Minister Boris Pistorius pointed out during the meeting on Thursday that, technically and practically, deportations would still not be possible due to the ongoing violence.

Who would face deportation?

Interior Minister Horst Seehofer, who has backed the end of the ban, has been accused of pandering to the far-right.

But ministers have insisted the decision will only affect a small group of serious offenders, including those who have carried out politically motivated crimes, like terrorist attacks.

Bavaria's Interior Minister Joachim Herrmann told DPA that ministers had emphasized during their meeting that the vast majority of Syrian refugees were not at risk of deportation.

There are currently around 90 people with Syrian citizenship in Germany who are deemed Islamist threats and who could be considered for removal.

Germany welcomed more than 1.5 million refugees into the country — most of them escaping the Syrian conflict — at the height of the 2015/6 European migrant crisis.

The Berlin government has spent tens of billions of euros helping them to settle permanently.

Meanwhile, the German partner of the United Nations refugee agency UNHCR on Friday said it continues to reject the deportation of refugees to Syria on principle.

UN Refugee Aid Managing Director Peter-Ruhenstroth-Bauer told the Redaktionsnetzwerk Deutschland media outlet that "the security risks are too great and the return is incompatible with human rights commitments."

He noted that the Syrian conflict has been going on for almost longer than both world wars combined.

Syria's civil war has killed more than 387,000 people and displaced millions from their homes since erupting in 2011 with the brutal repression of anti-government protests.