Germans are happier than ever: study

A new study says Germany is more satisfied than ever; the happiness gap between east and west continues to narrow. The financial security and family stability play an important role, according to researchers. 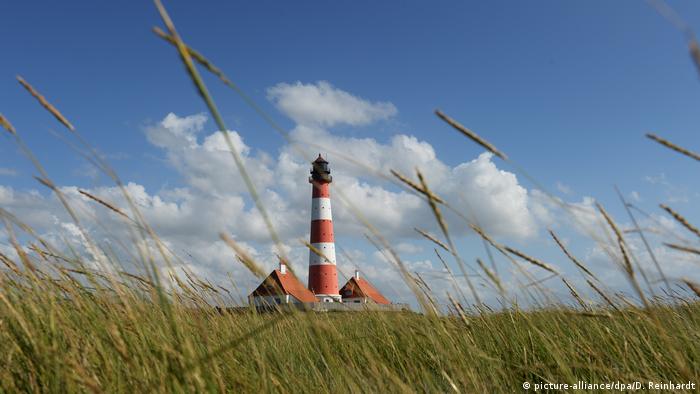 Wattenmeer National Park in Schleswig-Holstein — the happiest region in Germany

Germans are the happiest they have been since 1989, according to Deutsche Post's 2019 "Glücksatlas" (Atlas of Happiness) published Tuesday.

The study measures the satisfaction of Germans by asking them to rate their contentment in dozens of categories on a scale from 0 to 10, with 10 being the highest level of well-being.

Categories include work and income, health and age, family, security, leisure and media and economic growth.

The northern-most state, Schleswig-Holstein, remained the happiest region with 7.44 points, while Brandenburg again came in last with 6.76.

Hessen came in at second place for the first time with a score of 7.31, followed by Hamburg with 7.27. Lower Saxony fell from ninth place to 11th, with  7.18 points.

The happiness gap between western and eastern Germany further narrowed to 0.17 points, down from 0.20 in 2018. Just 30 years after the fall of the Berlin Wall, satisfaction in the former East German states rose to an all-time high of 7.0.

The happiest people in the east live in Thuringia, whose satisfaction rose to 7.09 points.

Stability the key to happiness

Scientists believe that the increased satisfaction is due to factors such as the low unemployment rate, good wage settlements and the solid health of the population.

According to the Freiburg economist Bernd Raffelhüschen, who presented the study in Berlin, stable family circumstances are also behind the increase.

"We are the richest Germans who have ever lived in Germany and have more stable family situations — divorce rates are declining," said Raffelhüschen, who interprets happiness as satisfaction.

The "Atlas of Happiness" was compiled by Deutsche Post using data from a large long-term study by the German Institute for Economic Research and the company's own current surveys with several thousand respondents.

People in Germany are happier than they have been in the last three decades, according to a new survey. Even former East Germans are becoming more optimistic, though they still harbor differing political views. (18.10.2019)