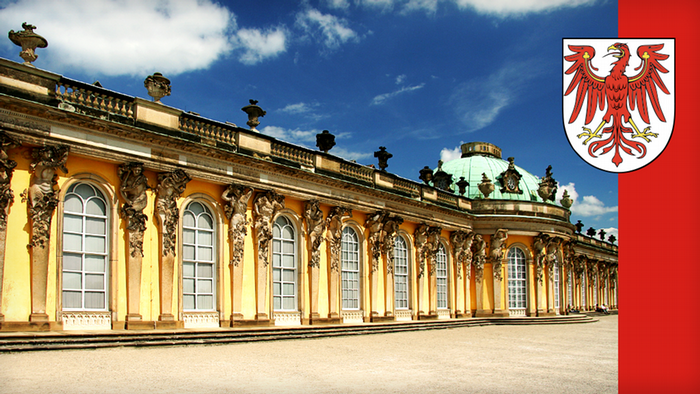 The state of Brandenburg extends around the German capital. The verdant region surrounding Berlin boasts one UNESCO World Heritage site after another — from the parks and palaces of the Prussian kings in Potsdam, to modern Bauhaus architecture in Bernau, and Grumsin Beech Forest in the Schorfheide-Chorin Biosphere Reserve.

In Potsdam, history presents itself like an open book. From the historic city center to the palaces and parks of the Prussian kings. In 2020, the state capital hosted the main celebrations for German Unity Day, which is celebrated every year on October 3. It was a milestone anniversary: 30 years of German unity.Check-in presenter Nicole Frölich made sure she didn't miss it.

Camping in the Uckermark region

The Uckermark is one of the most sparsely populated regions in Germany and the home of German Chancellor Angela Merkel. It is a nature paradise with extensive forests and countless lakes. Just the right thing for Check-in presenter Lukas Stege, who went on a camping trip to explore the lonely expanses of the Uckermark in the coronavirus summer of 2020.

Camping in the Uckermark

Alexandrovka: A Russian island in Prussia

A "Russendorf", or Russian village, that once belonged to the former Prussian Empire can still be found in Potsdam. The small colony was intended to soothe the homesickness of Russian singer soldiers.

Slowing down in the Spreewald

The Spreewald lies south of Berlin. The woodland region is crisscrossed by thousands of small canals, which are great for boating. Nicole Frölich, presenter of our TV travel magazine Check-in tested it in summer 2019.

This testimony to modernity shows how the Bauhaus — the legendary art school for design and architecture — brought its vision of modern building from the metropolis to the countryside in Brandenburg. The trade union school in Bernau near Berlin, designed by the second Bauhaus director Hannes Meyer, has been a UNESCO World Heritage Site since 2017.

On the trail of Fontane

No one has ever described the precious landscape in such detail and with such affection as the writer Theodor Fontane. In his "Wanderungen durch die Mark Brandenburg" (Ramblings through Brandenburg) he created a literary monument to the towns, the landscapes and their inhabitants. In 2019 Brandenburg celebrated Fontane's 200th birthday and Check-in presenter Lukas Stege put on his hiking boots.

Brandenburg is not all forests and greenspace. With many lakes and rivers, it’s a great destination for those who love being on the water. The Nedwighafen pier in Wittenberge is an ideal starting point for a pleasure boat tour on the Elbe river.

Brandenburg is a water-rich state. There are over 600 lakes and numerous rivers. Among the big rivers are the Spree, Havel, Oder and Elbe, next to which countless small ones are also flowing. It is a popular summer pleasure to explore the rivers by boat or to enjoy the landscape on well-kept cycle paths. Check-in presenter Nicole Frölich opted for a bike - and the Elbe.

Cycling along the Elbe

The New Palace in Potsdam, built by Frederick the Great to accommodate his guests, is much less well-known than his summer palace, Sanssouci — but just as well worth a visit.

Peter Joseph Lenné is regarded as the most important Prussian garden artist of the 19th century. As General Director of the Royal Gardens, he created green havens in Potsdam, which are now UNESCO World Heritage Sites.

Potsdam - the Versailles of the North