Whether hiking on the mudflats of the North Sea coast or horse riding in the Lüneburger Heide heath — Lower Saxony's landscape is diverse. 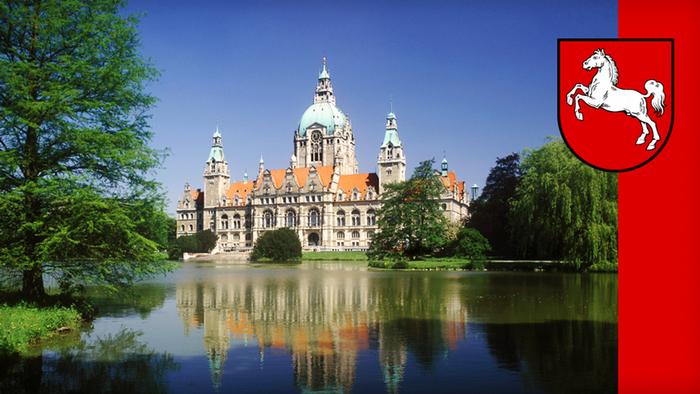 After Bavaria, Lower Saxony in the northwest of Germany is the second largest territorial state in Germany. The cultural scene is concentrated in the state capital Hanover. Lower Saxony is mainly rural - with picturesque villages and diverse natural landscapes from the Weserbergland in the south to the North Sea coast, which is only bordered by the East Frisian Islands.

If you are looking for sweeping expanses, wind and ocean waves, the seven islands in the Lower Saxony Wadden Sea National Park are the right place for you. The first German North Sea spa opened as early as 1797 on the second largest, Norderney. Today, the island attracts not only beach tourists, but also lots of nature lovers. Check-in travel magazine presenter Lukas Stege went there before the corona pandemic and brought back lots of tips for things to do both on land and water.

A day on Norderney

In the middle of the Harz mountains lies the timber-framed town of Goslar. In the Middle Ages it was an important commercial metropolis and center of power for German emperors. Goslar's more than thousand years of history are still evident everywhere.

Rammelsberg mine and the old town of Goslar

The trade fair city of Hannover is also the largest city in Lower Saxony. Among the sights in this once fortified city and royal seat is Hanover's Adventure Zoo, which is considered one of Germany's most beautiful zoos. Nicole Frölich, who hosts our TV show Check-in, even got a kiss from an animal there - before the coronavirus pandemic.

The Great Garden dates back to the time when Hanover was the royal capital. It is the 50 hectare heart of the Herrenhausen Gardens and a living testimony to baroque garden splendor with an 80 meter high water fountain.

A natural jewel - The Herrenhausen Gardens

Osnabrück - the Peace of Westphalia City

In Osnabrück, located on the edge of the Teutoburg Forest, European history was written in 1648. The Peace of Westphalia was proclaimed on the steps of the town hall stairs. The negotiation of peace not only put an end to the 30-year war, but also laid the foundations for a united Europe.

In the hilly Weserbergland in the very south of Lower Saxony, a special architectural style dominates the half-timbered towns and villages: the Weser Renaissance, a North German variant of the Italian Renaissance. A masterpiece is the moated castle "Hämelschenburg".

For all its biodiversity, the area in the south-eastern part of the North Sea, the Wadden Sea, was designated a World Heritage Site by UNESCO in 2009.

Every trip should also include sampling local cuisine. Since you cannot travel to Germany at the moment, let us share a speciality from Lower Saxony that with the recipe we provide you can cook at home: Buckwheat pancakes.