German Vice Chancellor will speak to German industry representatives in Russia in a bid to boost trade between the two countries. Gabriel has advocated easing sanctions against Moscow. 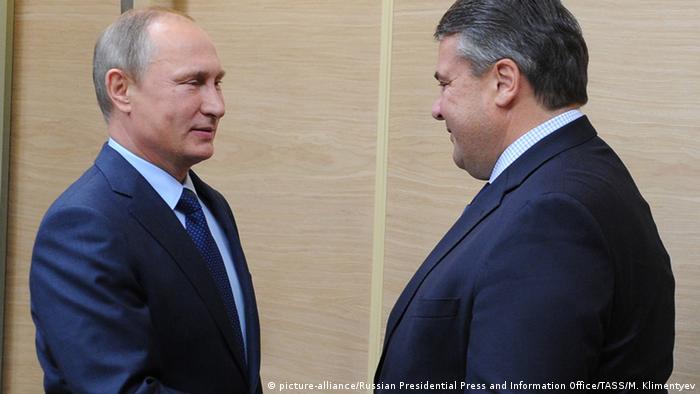 "We both have a pressing interest in the political and economic stabilization of eastern Europe, as well as in Syria and the Middle East," Gabriel said before setting off to Moscow a two-day state visit.

Gabriel is traveling with a contingent of industry delegates. They are scheduled to hold discussions with German industry representatives in Russia. Talks are said to center on boosting bilateral trade.

Russia's economy has been bit by sanctions imposed by the EU following the annexation of Crimea, as well as the plunging oil price. Rising inflation has seen the value of its currency, the Ruble, fall. This has led a loss of purchasing power, reduced consumption and drawback of investment in Russia.

As a result, trade between German and Russian businesses decreased in the first half of 2016 by 13.7 percent compared to the year before. German exports to Russia decreased by 3.5 percent, fro 10.5 million euros to 10.1 million euros.

Gabriel has openly advocated that sanctions against Russia be relaxed, provided Russia can show that it is keeping to the Minsk II agreement, a package agreed in 2015 to halt fighting in the Donbass region of Ukraine.

After meeting with Putin in October 2015, Gabriel reportedly urged the Russian President to work better with Germany in resolving the crises in Ukraine and Germany.