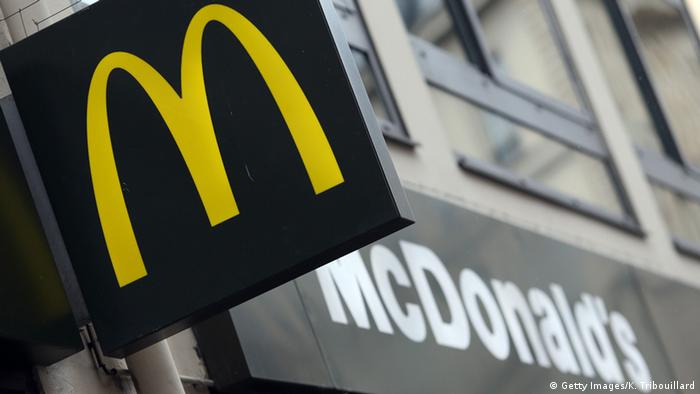 A McDonald's in the German city of Mannheim caused a stir on social media on Wednesday after customers discovered a pair of signs in both Turkish and German. The two signs, the franchise owner said, were meant to be inclusive for all his customers.

The only problem was that the sign in Turkish directed customers to a location in a seedier part of the city, while the sign in German pointed customers in the direction of a wealthier district.

"Are you serious? …what bastards!" said one local on Twitter, accompanied by several comparisons to the Nazi regime. Another user accused the fast food franchise of "racial segregation," implying that that "Turks belong in the rundown neighborhood, the Germans in the high-class neighborhood":

According to local media, the franchisee, Manfred Büch, tried to explain the situation. Büch owns three McDonald's franchises, and with one closing, he wanted to direct his customers to the two others restaurants he owns.

"We have worked together with international employees for 25 years, every day without any racist incidents. To be accused now of discrimination makes us speechless and sad," Büch said in a statement. Speaking with news outlet Die Welt, Büch elaborated that he "had never dreamed" he would be accused of something so sinister and added that he had asked a Turkish firm to make up the signs.

Prisoners in a small German city are being served cheeseburgers in place of their usual fare after a food contract deal fell through. They can order items up to a value of 4 euros. (06.03.2017)

It isn't easy for newcomers to feel at home in Germany. It requires feeling welcome - and also valuing the freedom and advantages one can enjoy here, writes former state immigration minister Bilkay Oney. (14.04.2017)

As Germany struggles to accommodate an influx of refugees amid a far-right resurgence, a familiar term has re-emerged in the national political discourse. What does "leitkultur" mean with regard to German society? (16.05.2017)

German workplace integration of refugees has improved well, according to the 35-nation OECD. The organization found that three-quarters of 2,200 German firms surveyed had few or no difficulties with those they hired. (14.03.2017)

'Should have known better'

But Mannheim's municipal Migration Committee was still concerned. Committee member Fatih Ekinci told the local Mannheimer Morgen newspaper that many citizens had complained of feeling maligned by the signs, placed in a prominent location in the city's market square.

"I don't think he did it on purpose," Ekinci said, "but someone who has had so many immigrant and minority employees should have known better."

Die Welt reported that McDonald's itself apparently felt the matter important enough to issue its own statement, saying "discrimination has no place in our restaurants. This is clearly a misunderstanding, and we applaud the franchise owner for his swift reaction in removing the signs."

Although the situation was dealt with quickly, it highlights how Germany still has some way to go in dealing with its relatively new role as a country of immigration.