Turkish integration in Germany: A long road | Europe | News and current affairs from around the continent | DW | 14.04.2017

It isn't easy for newcomers to feel at home in Germany. It requires feeling welcome - and also valuing the freedom and advantages one can enjoy here, writes former state immigration minister Bilkay Oney. 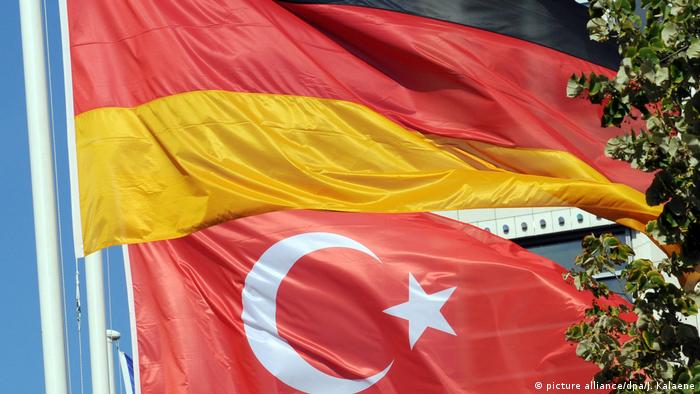 "Homeland" is perhaps the most emotionally charged of identity-bearing terms. It arguably goes hand-in-hand with love. How have "guest workers" fared - those who left their homeland and came to Germany? How much time is needed to live somewhere new and love it? How much longer does this process take when you need to adopt an entirely new culture? Three million people in Germany of Turkish descent show it can sometimes take very long indeed.

Turkish people have had a more difficult time integrating here in Germany than any other immigrant group. Prejudice and myths have lingered for decades. No other group is as politically prominent as they - nor as controversial. The row surrounding the Turkish constitutional referendum is just one indicator; the ongoing debate about dual citizenship is another. Many ask if it's possible to be loyal to two countries. Many more want to know why so many second- and third-generation Turks still cling to their grandparents' country of origin.

A matter of emotion

It has to do with emotion - with the sense that they do not need to explain themselves and can simply belong - but also a matter of attention. It is like having parents, one of whom is distant and one of whom loves you no matter what. That is generally what it is like having Germany and Turkey as parents. For us, Germany is the country always pointing a critical finger, leaving many frustrated: We can do what we want, but Germany doesn't like us either way.

Emotion is a tricky thing in Germany, especially in the political sphere. It explains why a segment of German Turks identify with Turkish politics, where everything is more emotional, louder, stronger, more dramatic, and more black and white. It's hard to change one's personality: German politics won't become more emotional and Germany's Turks won't become less sensitive overnight. However, we can strive to convey the love we feel for certain aspects, to the extent that we feel them.

First and foremost, it means an appreciation for the safety and order Germany provides. That can of course be bothersome sometimes, for example the Swabian obsession with tidiness, all the ways to separate trash, and signs posted nearly everywhere prohibiting one thing or another. But then there is the regulation essential to a functioning state.

German know-it-all lecturing and finger-pointing annoys foreigners, but it is a consequence of history. The country has gone through two world wars, two dictatorships and the Holocaust. It makes Germans extra sensitive to extremism. Certain rights are non-negotiable. Equality and freedom of expression are core values because they had to be so hard fought for. The constitution is immutable because of all those who gave their lives for it to be the way it is.

A referendum for less democracy?

Many Germans find the constitutional referendum in Turkey even more incomprehensible. It could lead to less democracy, which we Germans fear; we know what it's like to live in dictatorship. The referendum hits a German nerve, making us less willing to compromise on it and bringing out the political finger-pointing. That the referendum affects everyone from the German hairdresser to the carpenter speaks to the high level of education. Here, good education does not cost an arm and a leg. Where else in the world can you say that?

There is much to love about Germany, despite how cold many can be. We take a lot for granted, and that is a disservice to this country. I realized it while at a party in Baden-Württemberg where newly sworn-in citizens were celebrating. A Brazilian mentioned how of the many warning signs here, one stuck out to her in particular: A sign below the speed limit warning of frogs crossing the road. "Even the smallest creatures are protected here," she said. "Every life is valuable. It's like nowhere else." Her words were a wonderful declaration of love for Germany. 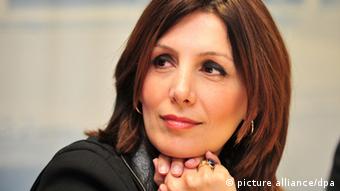 The charm of German rationality

True, it is not easy adapting to a new homeland. It takes time. And an immigrant enjoys no guarantee of being loved back. Germany is not easy with all its rules and regulations. Nor is it the most emotional of countries. But every life is valued here, as enshrined in Article I of Germany's Basic Law: "Human dignity shall be inviolable."

Perhaps it could be more poetically and emotionally formulated, but then "Deutschland" would not be "Almanya" if it were more sentimental [ed.: "Almanya" is Turkish for Germany].

It is rationality and its political culture that makes this country successful. A little more emotion and a little more openness toward immigrants could likely yield great benefits for everyone. Former President Christian Wulff had no idea the firestorm he set off when he said, "Islam belongs to Germany." It was an attempt to embrace Muslims and was therefore a bold sentence as much as it was vague - concerning itself with Islam, but not the people.

You have to address people directly to reach them best, saying to immigrants: "You belong to Germany." That would be a boon for neighborly relations. Can we make "Almanya" our homeland? In Chancellor Angela Merkel's famous words: "We can do it."

Bilkay Oney served as Minister for Integration for the state of Baden-Württemberg from 2011 to 2016. She was born in 1970 in Turkey, moved to Germany in 1973, and graduated from business school before entering politics.