What you need to know about the Turkish-German row | Europe | News and current affairs from around the continent | DW | 21.03.2017

Turkish-German relations have arguably reached a historic low point. DW explains what's behind the conflict over the Turkish president's accusations of "Nazi practices" in Germany. Why is Erdogan so upset?

Turkish President Recep Tayyip Erdogan would like to enhance his powers by changing Turkey's constitution. To this end, Turkey will hold a referendum on the amendments, proposed by his Justice and Development Party (AKP), on April 16.

In an effort to secure a majority in that poll, supporters of the amendment are trying to rally expatriate voters. There are around 1.4 million Turkish citizens living in Germany who are eligible to cast ballots, so theoretically the foreign vote could prove decisive.

Some pro-amendment rallies in Germany have been canceled recently. Erdogan sees this as evidence that the German government and Chancellor Angela Merkel are siding against him, and he has accused both the government and Merkel herself of engaging in "Nazi practices."

How has Germany reacted to the accusations of "Nazi practices?"

To put it mildly, German politicians are not at all pleased by Erdogan's repeated invocations of the country's National Socialist past. Foreign Minister Sigmar Gabriel, for instance, said that Erdogan had gone "too far" and complained about the Turkish President's rhetoric to his Turkish counterpart. Leaders of political parties across the spectrum in Germany have condemned Erdogan's remarks.

The row has also attracted attention outside German and Turkey. For example, the head of the conservative faction in the European parliament, Manfred Weber has said Erdogan's remarks have hurt Turkey's reputation abroad.

Following a warning from Merkel on Monday that Germany could ban all AKP campaign events if Ankara continued with its Nazi insults, the Turkish government announced that it was abandoning plans for future rallies in Germany. A Cologne-based AKP representative called the move a "gesture of goodwill" toward Berlin. 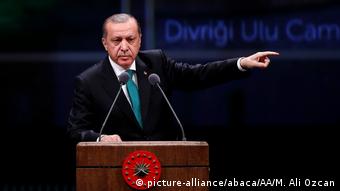 But critics, including many people within Germany's Jewish community, say that government's response hasn't been vigorous enough.

What do Erdogan's detractors say?

The constitutional amendments, if approved, would transform Turkey from a parliamentary to a presidential system. Erdogan's opponents say that this is tantamount to doing away with democracy and giving the Turkish president autocratic powers.

Critics also claim that Erdogan supporters are exerting pressure through religious and business associations in Germany to get expatriate Turks to vote for the constitutional amendments.

Not by Germany. There's nothing in German law to prevent foreign political events as long as they don't violate the German constitution. Expatriate Americans in Germany, for instance, held political rallies during last year's US election. Turkish citizens are, in principle, free to do the same.

However, event organizers need to apply for permits to ensure that the venues are appropriate for the numbers of participants expected. Decisions about permits are made at the local level. This has proven a problem. Pro-amendment rallies in Gaggenau, Cologne and Hamburg have been canceled because of irregularities with the proposed locations.

What are some of the other issues behind the conflict?

Berlin is very concerned about a German reporter with Turkish roots, Deniz Yucel, who was arrested in Turkey last month. Critics say his detention is an example of the Erdogan government attacking critical journalists and the free press. 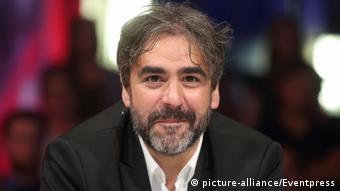 The detainment of Deniz Yucel, a German reporter with Turkish roots, is one issue behind the diplomatic row between Berlin and Ankara.

For its part, Ankara is upset that Kurds have been allowed to hold rallies in Germany. Erdogan has accused the German government of supporting the Kurdistan Workers' Party (PKK), which has fought a three decades-long war against the Turkish state and is a recognized terror organization.

Ankara has also accused Berlin of not taking a clear stand against last July's failed coup attempt. Germany has voiced concern over sweeping post-coup purges, while Turkey complains Germany has done nothing against the Gulen movement, who Erdogan blames for the coup attempt. The head of German intelligence said this month he had received no evidence the Gulen movement was behind the coup.

What is the potential fall-out of the diplomatic row?

The conflict has put severe strain on German-Turkish relations, and that has further dampened Turkey's prospects for joining the EU. The foreign policy spokesman for Merkel's conservative CDU-CSU, Norbert Röttgen, has said that Turkey's bid for membership would be "over," if the constitutional amendments are approved. On March 23, Erdogan said that after the referendum Turkey would review "from A to Z" political and administrative relations with the EU.

But despite all the acrimony between Germany and Turkey, deep cultural and economic ties connect the two countries. Optimists hope that German-Turkish relations could normalize somewhat after the referendum, regardless of the outcome.

And as politicians in Berlin freely admit, Germany cannot afford a complete break with Ankara for a variety of reasons, including the EU-Turkey deal of last year, which Berlin has relied upon to reduce the number of refugees.

Turkish citizens may cast their ballot in a referendum on transitioning the country into an executive-style presidential system. Human rights groups have warned of the fallout if the constitutional amendments succeed. (27.03.2017)

Turkish President Recep Tayyip Erdogan says he may hold a nationwide vote on whether to continue to pursue EU membership. Turkey's government began accession talks with the EU in 2005, but the process stalled years ago. (25.03.2017)