The constitutional reform package which has been passed in parliament has taken Turkey a step closer to holding a referendum. Here are the details from Hilal Köylü in Ankara. 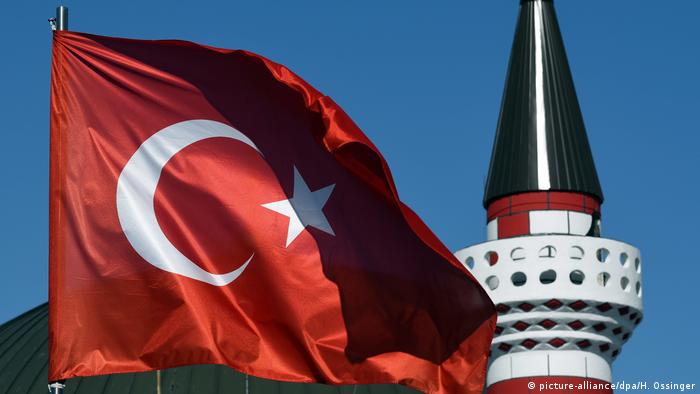 The constitutional reform package that has been passed in parliament means Turkey has taken a step towards a new era that will end the current parliamentary system and lead to a presidential system. Now, the countdown to the referendum that will legitimize this era has begun. The proposed Turkish-style presidential system is being hotly debated.

What does the referendum process entail?

The process of constitutional reform is regulated by Article 175 of the current constitution. According to this article, if the constitutional reform proposal receives between 330 and 367 votes in parliament (two thirds of the total member number), the president must hold a referendum. The president may also send the proposal back to parliament to be debated once more. If the president does not send it back to parliament and approves the proposal (he is allowed 15 days for review upon receipt), it is published in the official gazette for the referendum. Once the proposal has been published, the referendum must be held on the first Sunday following a 60-day period. Turkey has declared its third state of emergency since July 21, 2016. This third period will end on April 19, 2017. It is possible that the ruling Justice and Development Party (AKP) government and the president will take this date into account. Government officials have stated that "the referendum will be held under all circumstances" and believe that "there's no concern about holding a referendum in a state of emergency," But the opposition is concerned that the will of the people may not be reflected if the referendum is held during a state of emergency. It seems Ankara is leaning towards a referendum in the spring. 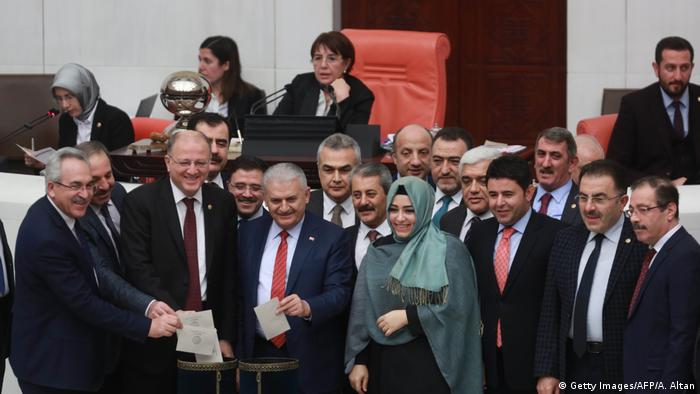 What will the political parties do during the referendum process?

The ruling AKP and the ultra-rightist Nationalist Movement Party (MHP) are planning a nationwide "Vote Yes" campaign for the constitutional reform referendum. Dissenters within the MHP, as well as the main opposition party, the Republican People's Party (CHP), and the pro-Kurdish Peoples' Democratic Party (HDP) will be running a "Vote No" campaign. The state of emergency means that rallies and protests may only be held with official permits. Since it will be very hard to campaign during this period, the opposition groups are aiming to rely heavily on social media. Videos titled "No to a presidency and one-man regime" have been breaking viewer records on social media. The opposition is also preparing for a possible social media restriction by planning gatherings within communities, including one-on-one meetings. Meanwhile, the government is planning more security measures for the referendum and making preparations that will encourage more voters to go to the polls.

What will the people vote for in the referendum?

In the referendum, the people will vote either "Yes" or "No" for the constitutional reform that has been passed by parliament. Under the government's proposal, which was passed only with the support of the ultra-nationalist MHP, the president will be allowed to be partisan. The president will also be the head of the government and will be able to dismiss the parliament as he pleases. The office of prime minister will be abolished in 2019. The number of MPs will increase from 550 to 600 and the age of parliamentary candidacy will be lowered from 25 to 18. While the government argues that the reforms will "strengthen the legislative and executive branch and further free the judicial branch," the social democratic CHP, the dissenters within the ulta-nationalist MHP and the pro-Kurdish HDP have criticized the reform as "creating a one-man regime." This criticism has received support from many NGOs and political analysts who believe the reform will deepen social polarization and who fear that the chaos gripping the country will continue during the referendum process.

What happens if the referendum results in a "Yes"?

If the referendum results in a "Yes," the reform will have been approved by the people, as well as parliament. A transition period is being planned until the new system takes effect in 2019.  President Recep Tayyip Erdogan will be able to rejoin his ruling AKP party directly after the referendum. The leader of the AKP will be decided by in-party elections. Currently, the president is not allowed to have any party affiliations, which ensures impartiality. In March 2019, local elections will be held and on November 3, 2019, simultaneous elections for the president and parliament will be held according to the new system. Thus, by holding three elections in 2019, the new system will be put into effect. During this period, experts expect a dramatic shift in the number of MPs from the four parties (AKP, CHP, MHP and HDP) represented in parliament. Ultra-nationalist MHP leader Devlet Bahceli is expected to be appointed as deputy president. A change of leadership in the MHP at this time may also mean a change in direction. The new system is expected to bring changes to the CHP, the main opposition party, as well. While this may lead to a new era of in-party questioning, some believe the party may decide on a change of leadership. It is unclear what will happen with the pro-Kurdish HDP, whose co-chairs are currently imprisoned. At this point, political experts believe that "Turkey is heading towards chaos and polarization." 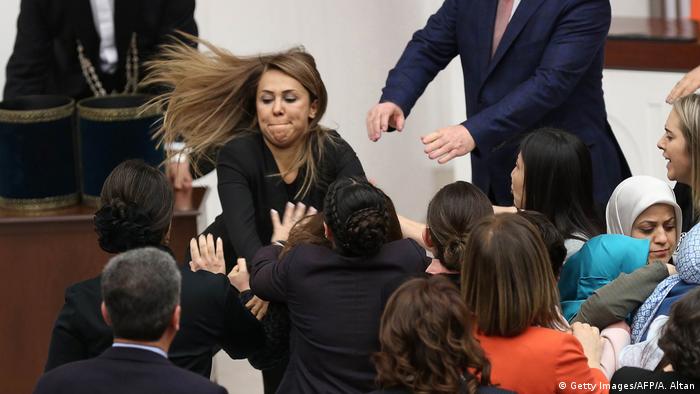 The voting did not go smoothly. Turkish deputy Aylin Nazliaka handcuffed herself to the podium in protest

What happens if the referendum results in a "No"?

If the referendum results in a "No," the reform package will be shelved. While this may lead to an assumption that Turkey has moved away from arguments on the political system, such a result will likely resurrect the debate over early elections. Both President Erdogan and MHP leader Devlet Bahceli have alluded to early elections in the case of a "No" result. Opposition groups have described this as blackmailing MPs. But in reaction to the early election signals from the AKP, the CHP has thrown down the gauntlet by declaring "Let's do it. We're up for an election." Some in Ankara believe President Erdogan will move quickly in calling an early election. Experts predict that if the referendum results in a "No," it may be possible for the CHP and the HDP to become stronger in the new parliamentary period, while internal conflicts in the MHP grow.

If a referendum is held for the constitutional reform, this will be the 7th referendum in the history of the republic. Here are the results of the previous referendums:

1988 Referendum on holding local elections one year early (35% Yes, 65% No). The proposal was rejected (this was the only referendum resulting in a "No").

2007 Constitutional referendum on holding presidential elections and amendments to certain articles of the constitution was approved (68.95% Yes, 31.05% No).

At least two Turkish lawmakers have been hospitalized after fighting broke out in parliament. It's not the first time politicians have come to blows over a reform bill that would boost President Erdogan's powers. (20.01.2017)