German issues in a nutshell: ′Leitkultur′ - acceptance vs. assimilation | Germany | News and in-depth reporting from Berlin and beyond | DW | 17.05.2017

As Germany struggles to accommodate an influx of refugees amid a far-right resurgence, a familiar term has re-emerged in the national political discourse: "Leitkultur." But what does it actually mean? 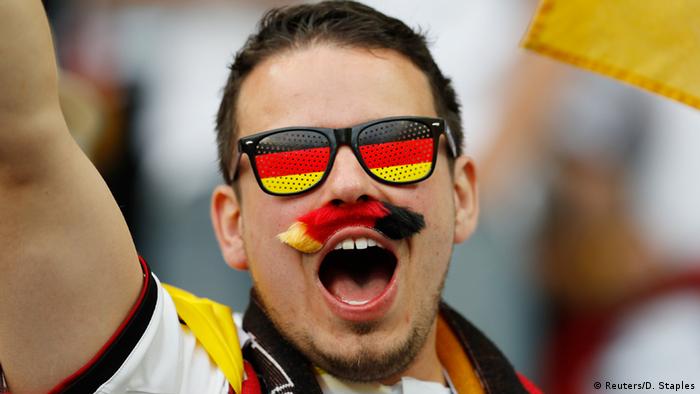 The term "Leitkultur" (which translates to "leading" or "guiding culture") has been front and center in many debates over how to integrate new residents into Germany - and often specifically immigrants from Muslim-majority countries. But is there really a core set of German values and traditions that people could be forced to adapt to?

Interior Minister Thomas de Maziere, a member of Chancellor Angela Merkel's conservative Christian Democratic Union (CDU), thought there was. In April, he advocated for "Leitkultur" in a guest-editorial for the daily Bild and consequently faced a severe backlash . Particularly controversial was de Maziere's statement that "we [Germans] show our faces. We are not the Burqa." While de Maziere said that other religions would always be welcome in Germany, he also noted that the country had been primarily influenced by Christianity.

The lawmaker Thomas Oppermann, of the center-left Social Democrats (SPD), called de Maziere's idea "a cheap attempt from the conservatives in the Union to chase the right-wing populists." 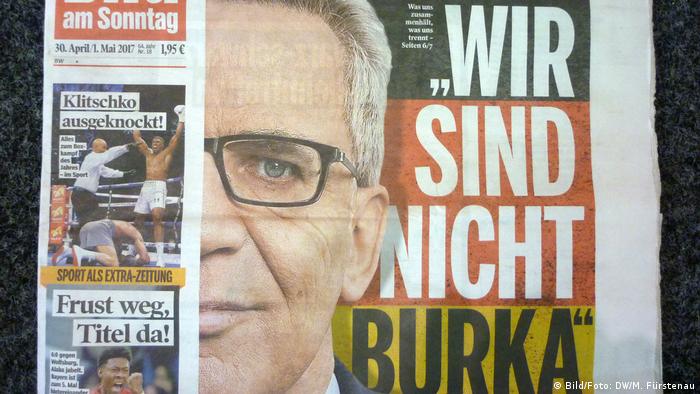 The term "Leitkultur" was introduced by Bassam Tibi, a German political scientist with Syrian roots. In 1998, Tibi published a book arguing that Germany and Europe needed a "guiding culture" based on values such as human rights, tolerance and the separation of church and state in order to successfully integrate migrants.

The first broad debate over "Leitkultur" in Germany was sparked in 2000, when the CDU politician Friedrich Merz used the term in an interview with the newspaper Welt. Merz called for tighter immigration restrictions and for rules requiring residents to conform to the "liberal German leading culture."

Many right-wing politicians argue that immigrants should be expected to assimilate according to an assumed set of shared cultural values in order to assure the stability of society. Proponents of the concept - hailing largely from the CDU and its Bavarian ally, the Christian Social Union, as well as the right-wing populist Alternative for Germany (AfD) - say a clearly defined common culture could prevent the formation of what they consider parallel societies, or isolated minority groups.

An extreme stance on 'Leitkultur'

The AfD's nationalist take on "Leitkultur" has been thoroughly criticized by Germany's mainstream politicians, however. In its manifesto, the party argues that "state and civil society must defend German cultural identity as the guiding culture" and that "treating imported cultural currents as equal to native culture" would pose a serious threat to "societal peace and the continuity of the nation as a cultural entity."

Advocates of a multicultural Germany say people should be allowed to retain their identities.

The SPD, Greens and Left party have argued that the idea of a "Leitkultur" breeds intolerance, given that it demands people abandon their traditions at the behest of the majority. From their point of view, existing laws sufficiently define what kind of behavior is acceptable.

Critics of the "Leitkultur" concept also believe that a German "guiding culture" is impossible to define given that culture is inherently flexible and constantly changing.

The term "Leitkultur" (leading or guiding culture) is being used in Germany more frequently when debating to what extent migrants should integrate into society. But it is a highly controversial concept. (04.05.2017)

Is the debate about 'Leitkultur' typically German?

Defining strict rules is typically German, believes education expert Yasemin Karakasoglu. She told DW why democracy and integration in everyday life are more important than the concept of a "leading culture." (05.05.2017)

The Greens' youth organization rejects Interior Minister Thomas de Maiziere's concept of a "German dominant culture," but young conservatives support the idea. Does a German leitkultur even exist in a mobile world? (02.05.2017)

Germany is at it again: The never-ending debate on what makes the country typically German is a hot topic once more. Other countries, however, are also in search of their cultural identities, like Denmark and Australia. (08.05.2017)