Is the debate about ′Leitkultur′ typically German? | Culture | Arts, music and lifestyle reporting from Germany | DW | 05.05.2017

Is the debate about 'Leitkultur' typically German?

Defining strict rules is typically German, believes education expert Yasemin Karakasoglu. She told DW why democracy and integration in everyday life are more important than the concept of a "leading culture." 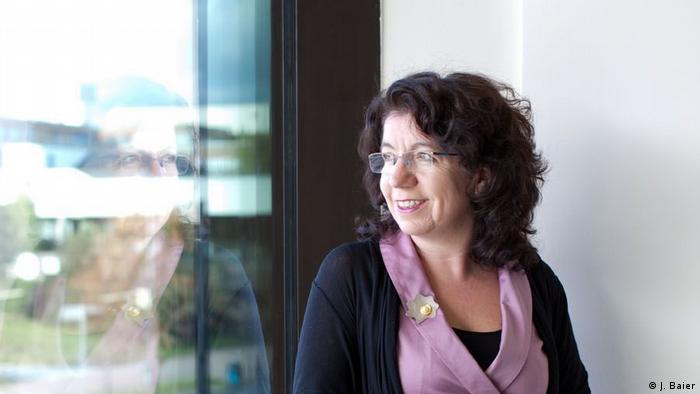 DW: Interior Minister Thomas de Maiziere sparked a sweeping debate with his 10-point-plan on a  German "Leitkultur," or leading German values. Is the debate about what is typically German just that: typically German?

Yasemin Karakasoglu: Yes, you could put it that way. The fact that there is an open debate about the nature of typical German values shows people are seeking descriptions that fit the category. In other countries, it's more about pledging allegiance to the flag or the national hymn - symbolic acts. In Germany, it is about a precise determination of something that is to apply to all of us.

Do you think society can profit from a state-defined "Leitkultur?"

I believe that a society's "Leitkultur," if anything can even be bundled under the term, must show and prove itself in how people interact. I agree with Habermas, who says people must get accustomed to and actively participate in a country's political culture. Certain segments of knowledge, however, that are supposedly part of a country's cultural history, should not be cast in stone as elements of a so-called "Leitkultur."

Isn't a country's "Leitkultur" to be found in its legal texts? Do we really need an additional "guideline on coexistence," as the interior minister put it?

Yes, it exists in the laws, and how the laws are lived. If there is one thing that I believe is relatively typical of Germans - and clearly a benefit in the aftermath of WWII - that would be self-criticism and a culture of discussion.

Political phenomena on the right fringes, like PEGIDA and the AfD, have been reaching more middle-of-the-road voters; they are trying to stipulate and reinforce a national identity. But I feel that in Germany, due to our own experiences in the past, we have been very successful in taking a critical point of view. That is something we have to show migrants who might not have experienced the likes in their native countries; society should transmit through everyday coexistence the plural national identity of this state. But we do not need a canon of values based on the educated middle class's knowledge that should be inhaled and imparted on demand by everyone.

Statements like "We are not burqa," along with a constant emphasis on the equality of men and women in Germany, are mainly designed to underline the boundaries with the Islamic world. Similar statements are heard from all over Europe as well as in other countries worldwide, more or less emphatically. From a cultural point of view, is the West wrapping itself into a cocoon?

Such statements are not very helpful, or very meaningful. Who is burqa? We are not burqa, nor is anyone else. Burqa is a piece of clothing that can be worn or not. It represents a certain view of Islam. But the statement is a very defensive way of dealing with pluralism in a democracy. We do not need to set ourselves apart like that - instead, we should make sure we are living according to our understanding of pluralism, and that we can communicate it in an authentic manner, too.

Germany is a functioning democracy that does not depend on having to set itself apart like that. We are experiencing how other points of view and ways of life claim their right of existence. We are debating how much is tolerable, we are discussing what we can share, where the limits are of what we can and want to share. Those are standard processes in an immigration society that needs to find its place in a global process of change. The way this is being articulated comes across as very hysterical and defensive, however, because people are trying to define themselves by something they are not.

How can we impart this understanding of pluralism to people whom we are trying to integrate into German society?

There are already a lot of people in Germany who have not yet really grasped how a functioning, democratic, pluralistic coexistence works. As Frank-Walter Steinmeier put it so well, people should never tire of stressing that democracy is hard work that's imposed on all of us - but it remains an imposition that's worth it. It is worth accepting this imposition and dealing with it.

As a result, people in Germany can live very different lives and no one has the right to prohibit the next person's style of living, as long as it does not oppose other people's right of existence. A school education alone can not communicate that. Democracy must be lived and experienced in everyday life. You must be able to experience the outcome of votes, they must authentically manifest themselves. That is something that everyone who comes to Germany should learn - and they do learn it in integration courses but mainly by being in each other's presence on a daily basis. People must realize that they have an impact and can be influential, and that it is this respect of pluralism that allows them to live lives that might even vary from the mainstream.

Many critics have accused de Maiziere of cheap propaganda as September national elections draw closer. Do you think his campaign for a German "Leitkultur" attracts potential voters?

I can imagine that is the idea. The way it is worded is meant to draw supporters away from right-wing ideologists and populists, and reintegrate them into the Christian Democratic Union (CDU) party. In my opinion, that is the wrong approach. Our democracy should prove itself by the fact that it doesn't embrace slogans that are nothing but rabble-rousing, but should instead draw a clear line.

According to the interior Minister, consciously living along the lines of a "Leitkultur" is the precondition for integration and tolerance. Do you think that is true?

It's important to stress that the term "Leitkultur" is very static. The state is propagating something that is meant to be a guiding principle for all. They label it "culture," whereas culture is something that we people negotiate among ourselves. Culture is mobile, flexible and modifiable - thank goodness - and it adjusts to new situations and challenges. A rigid term like "Leitkultur," which determines every tiny detail, detracts from just those properties of culture, and thus robs it of the source of its creativity. From that perspective, a state-ordained "Leitkultur" can not be a guarantor for tolerance and peaceful cooperation. Tolerance is an attitude, a way of dealing with other people - it is not a dictum that people have to adopt without knowing what it really means or feeling it is right.

Born in 1965 in the northern German city of Wilhelmshaven, Yasemin Karakasoglu grew up in a German-Turkish household. She is a professor for Internationality and Diversity at Bremen University.

German Interior Minister Thomas de Maiziere is worried about social cohesion in Germany, and has stirred up fresh debate around an old, inflammatory term. Not such a bad idea, says Marcel Fürstenau. (01.05.2017)

The Greens' youth organization rejects Interior Minister Thomas de Maiziere's concept of a "German dominant culture," but young conservatives support the idea. Does a German leitkultur even exist in a mobile world? (02.05.2017)