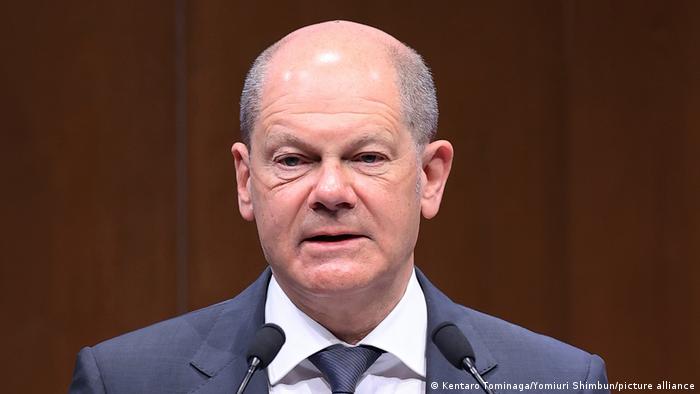 Sunday night's election victory in North Rhine-Westphalia (NRW) must have tasted extra sweet for the center-right Christian Democrats (CDU). As in the federal election, the vote in Germany's most-populous state was long described as a neck-and-neck race between the CDU and the center-left Social Democrats (SPD), only for a previously unheralded candidate to score a clear victory.

Only this time the boot was on the other foot. The CDU took 35.7% of the vote, well ahead of the SPD on 26.7%. The SPD saw its worst result in history in NRW, which the party has ruled for most of the state's 77-year existence. And the CDU, humiliated on the federal level last year, is now basking in a comfortable win and has the right to make initial approaches to potential coalition partners. 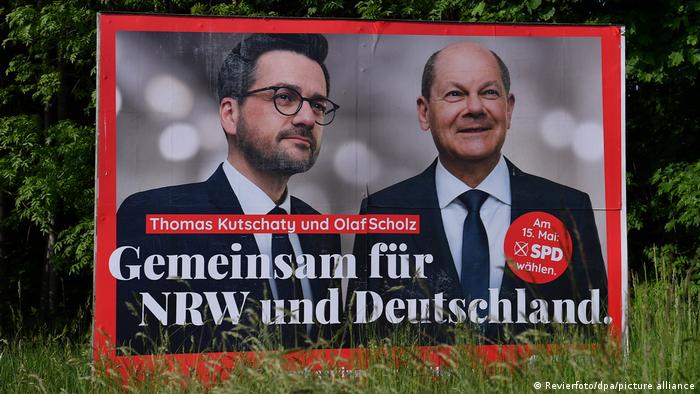 Bad day for the chancellor

It was a bad night for two of the three federal coalition partners. But the SPD's result did not reflect well on Chancellor Olaf Scholz, who had made a point of taking an active part in his party's campaign in support of regional candidate Thomas Kutschaty.

"Of course, it's a bad a result not just for the North Rhine-Westphalian SPD, but also for the federal SPD and the chancellor himself," said Ursula Münch, director of the Tutzing Academy for Political Education in Bavaria. "I think it's partly the result of dissatisfaction among the population and the media with the SPD in the federal government."

Uwe Jun, a politics professor at Trier University, told DW that the absence of high-profile regional candidates or pressing NRW issues had brought national and international issues to the forefront. "So the trends that we've observed for a long time have continued," Jun said. "Namely, that the Greens are successful, at least in the west of the country, and the CDU has overcome its low point."

The Ukraine war — or rather, Scholz's perceived dithering in handling the response — appears to have affected the result. "I'm sure the SPD will have to think about how to change Olaf Scholz's communication style," Jun said. "That has been criticized for some time now, and he can certainly be made partly responsible for the fact that the result is not that great."

A dilemma for the triumphant Greens

The SPD's poor showing is in stark contrast to that of Scholz's coalition partner, the Greens, who can "appear at the Cabinet table in Berlin with a lot more confidence," Jun said. The environmentalist party continues to break its own records in what is becoming a something of a triumphant electoral tour of the country: As in Schleswig-Holstein last week and the federal election last year, the environmentalist party scored its best-ever result on Sunday in NRW, taking 18.2% of the vote, up 11.8 points from its result in the previous state election, in 2017.

Opinion polls show that this has had a lot to do with the popularity of the Greens' two leading federal ministers: Foreign Minister Annalena Baerbock and especially Economy Minister Robert Habeck, whose communication style, which is perceived as honest in TV interviews, appears to be going down well: Fifty-seven percent of respondents to a poll of NRW voters conducted by infratest dimap said Habeck was "a great support for the party in NRW." Only 35% said the same of Scholz. 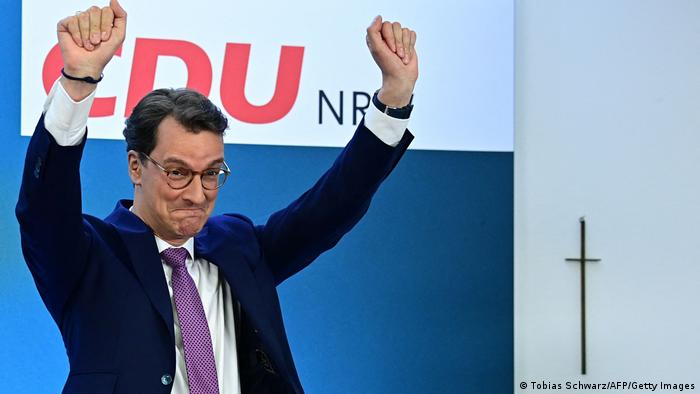 Now, most German media pundits expect the incumbent state premier, the CDU's Hendrik Wüst — who only took over the post last October — to lead the next NRW government. But his options may not exactly be to his liking. He can no longer continue his center-right coalition with the neoliberal Free Democrats, who lost more than half their vote share and dropped to 5.9%.

That leaves either a grand coalition with the SPD — almost unthinkable in a state where politics is very much divided along partisan CDU vs. SPD lines — or some kind of coalition involving the Greens. 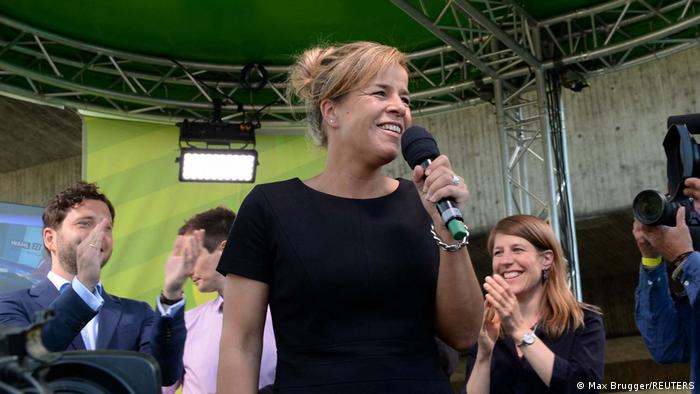 The NRW Greens, in fact, now hold the balance of power and have an awkward dilemma on their hands. The party is part of the coalition government with the SPD and the FDP at the federal level. Should it do its federal coalition partners a favor and seek to replicate this three-way combination at the state level? Or should the party join forces with the CDU, as it probably will in Schleswig-Holstein, thus giving the conservative party a new lease of life? The first choice would make sense

As things stand, the CDU's comfortable win and the FDP's apparent lack of enthusiasm for a three-way coalition at the state level, seem to speak in favor of a CDU-Green coalition.

But negotiations will not be easy: There's common ground on climate targets, but disagreement on the extent of wind energy; there is agreement on the need to boost housing, but the CDU refuses to cap rents. The biggest differences are on internal security, with the CDU in favor of blanket video surveillance, body cams and stun guns for police, and less data protection. None of this is acceptable to the Greens, who describe their election result as a vote of confidence that is also an obligation.

In his speech to the nation marking the end of WW II, German Chancellor Olaf Scholz explained why Germany needs to support Ukraine. He has found the right words to get his message across, writes Sabine Kinkartz.