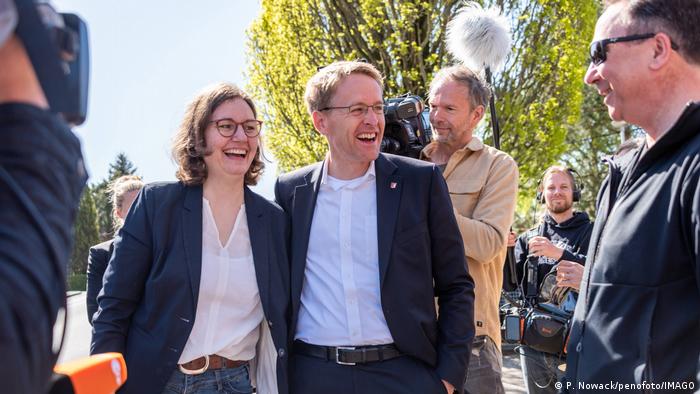 Germany's center-right Christian Democrats (CDU) on Sunday emerged victorious in an election in the northern state of Schleswig-Holstein.

With Germany's response to the Ukraine conflict playing on voters' minds, the poll for the state legislature was seen as a key test for Chancellor Olaf Scholz's government, led by Scholz's center-left Social Democrats (SPD), after five months in office.

What are the projections?

Official results put the CDU's support at around 43%, well ahead of the other parties.

Scholz's SPD dropped to third place behind the Greens, winning some 16% of the vote, compared with 18.3% for the Greens.

Compared with five years ago, the CDU and the Greens have made significant gains, while the SPD sustained big losses.

The CDU may be able to form a new state government in Schleswig-Holstein with only one other party.

Out of 69 seats in the state legislature, the CDU won 34, with Greens taking 14 seats and the SPD garnering 12. The business-focused Free Democratic Party won 5 seats, while the Danish minority-focused SSW party landed four seats.

The far-right Alternative for Germany (AfD) failed to make it into the state legislature, only garnering 4.4% of the vote.

Daniel Günther is also poised for a second term as the premier of one of Germany's smallest states, which borders Denmark.

Around 2.3 million citizens were eligible to decide on the composition of the state parliament. 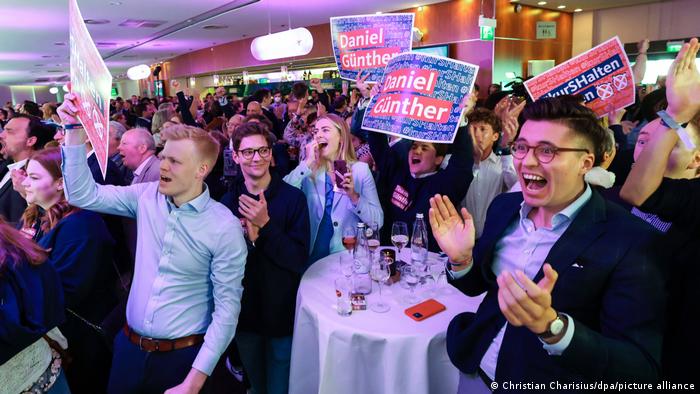 For the CDU, it would be the first electoral success in almost a year after a series of defeats at federal level and in several states

The CDU, the party of former Chancellor Angela Merkel, is in opposition to Scholz's government at the national level and needed a strong victory after a string of electoral losses.

After last fall's general election, the party was relegated to the opposition on the national level for the first time in 16 years.

Both the CDU and the SPD were hoping for momentum to carry them into a more critical regional election in North Rhine-Westphalia (NRW) next Sunday.

NRW is Germany's most populous state and is currently in the hands of the CDU, although polls suggest support for the SPD is neck-and-neck.

A win in NRW would give a major boost to Scholz, who has had a turbulent few months since taking office in December as leader of a three-party coalition government with the Greens and the business-focused Free Democrats (FDP).

The chancellor has been under fire over what critics deem to be a stuttering response to Russia's invasion of Ukraine, despite the government breaking with tradition to supply arms to Kyiv.

Some 65% of Germans said they did not find Scholz to be a strong leader, a poll commissioned by Der Spiegel last month found.

Germans are worried about an EU ban on Russian oil

Located between the Baltic Sea and the North Sea, Schleswig-Holstein is one of the leading German states in wind power generation, with more than 3,000 onshore and offshore wind turbines.

The Greens aim to increase the number of turbines and cut the minimum distance required between wind farms and residential buildings.

The CDU wants to raise the production capacity of existing wind farms without further increasing their number.

Construction of the terminals has been brought forward due to intense pressure on Berlin to reduce the country's reliance on Russian energy imports in the wake of the Ukraine war.