Sea-Eye said its rescue ship will sail to Malta due to deteriorating conditions on board. They have called on Europe to intervene in Italy's hard-line measures, saying "human lives are not a bargaining chip." 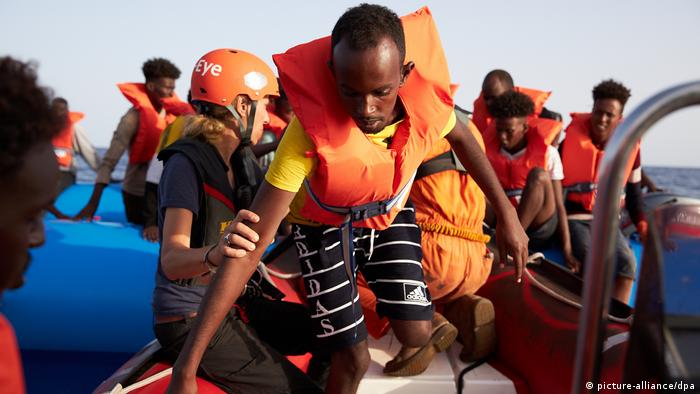 German NGO Sea-Eye said on Saturday that its rescue vessel Alan Kurdi operating in the central Mediterranean would head to Malta after being denied access to Italian territorial waters near the island of Lampedusa.

Italy has banned humanitarian vessels rescuing migrants off the coast of Libya from accessing life-saving ports.

"In the evening, the Alan Kurdi changed its course towards Malta," Sea-Eye said in a tweet. "Now it has to be proven whether the European governments stand by Italy's attitude. Human lives are not a bargaining chip."

Sea-Eye's Marcel Ditt, who is on board the Alan Kurdi, told DW on Saturday that the boat's crew had rescued 65 migrants, many of them unaccompanied minors.

The Alan Kurdi rescued the migrants off the coast of Libya but refused to make port in the North African country, saying the country wasn't safe and that international law required those rescued be brought to a safe port.

The Sea-Eye's decision to head to Malta comes hours after an Italian rescue ship of the humanitarian group Mediterranea disobeyed Italian orders and docked in Lampedusa. Migrants on board were allowed to disembark on Sunday. 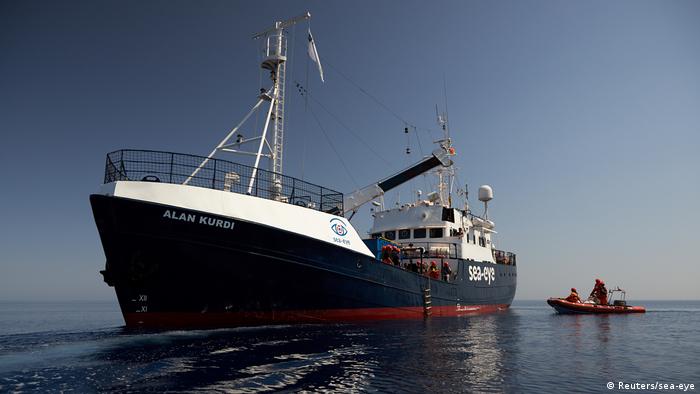 Sea-Eye crew members told DW they refused to hand over the migrants to Libyan authorities, citing unsafe conditions in the country

Italy is under pressure to provide much-needed assistance to migrants rescued at sea after authorities attempted to physically block the Sea-Watch 3 from landing in Lampedusa. German captain Carola Rackete was arrested shortly after, triggering an outcry from many European citizens.

Seehofer said he proposed taking in some of the migrants on the ships under a European solution that would be coordinated by Brussels.

"We cannot be responsible for ships with rescued people aboard being adrift for weeks on the Mediterranean," Seehofer said in his appeal.

Nearly half a million irregular migrants have crossed the Mediterranean and made landfall in Italy since 2015, according to the International Organization for Migration. Since January, 426 migrants have died attempting the perilous journey.