The photograph of three-year-old Alan Kurdi's lifeless body washed up on a Turkish beach shocked the world in 2015. A German rescue organization has now named a ship after the toddler. 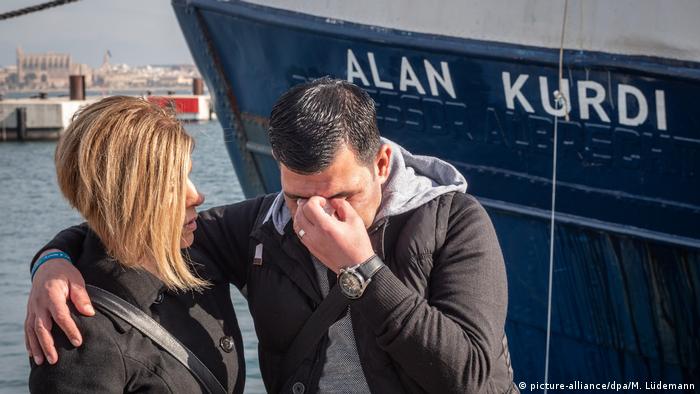 A German migrant rescue ship operating in the Mediterranean was renamed after Alan Kurdi on Sunday. Kurdi was  the three-year-old Syrian Kurdish boy whose lifeless body washed up on a Turkish shore during the height of Europe's migrant crisis, galvanizing global opinion.

German charity Sea-Eye renamed the ship in the presence of Alan's father, Abdullah Kurdi, and aunt, Tima Kurdi, in Palma on Spain's Balearic Island of Mallorca.

"We are happy that a German rescue ship will carry the name of our boy. My boy on the beach must never be forgotten. Our grief for the loss of my wife and sons is shared by many, by thousands of families who have so tragically lost sons and daughters this way," Abdullah Kurdi said in a statement released by Sea-Eye.

Abdullah had fled the "Islamic State" and the Syrian civil war, deciding in 2015 to pay people smugglers to take him and his family from Turkey to Greece after Turkish authorities didn't grant the family the exit visas needed to join Tima in Canada. 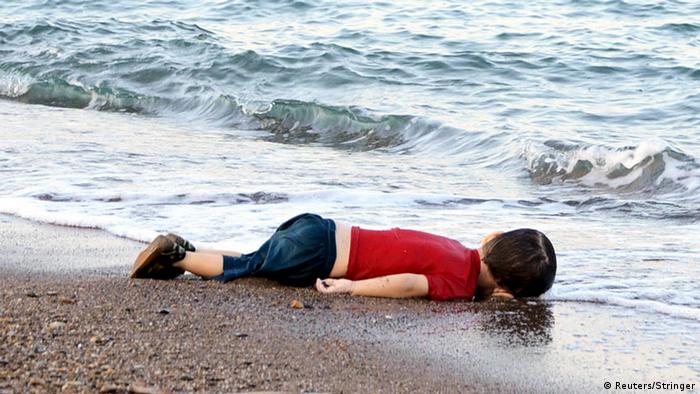 The image of Alan Kurdi moved the world

A photograph of Alan's lifeless body face down in the sand on a Turkish beach shocked the world, becoming a symbol of the migration crisis and rallying cry for humane action.

Sea-Eye says it has saved more than 14,000 people from drowning during dangerous boat crossings in the Mediterranean since it started operating in 2016.

Dozens of NGOs have called on the EU to end the controversial policy, saying it undermines the bloc's values. Despite several attempts, EU leaders have made little progress on a bloc-wide solution to irregular migration. (01.02.2019)

The latest standoff between Italy and the EU over sea rescues has ended, with the 47 migrants disembarking in Sicily. But German charity Sea-Watch now fears it could be prosecuted and have its boat impounded. (31.01.2019)

Citing a confidential EU report, German newspaper "Welt am Sonntag" has reported that the total number of migrants arriving in the bloc via Turkey rose to 51,000 in 2018, despite a deal to stem such migration flows. (26.01.2019)