About €30 billion of dubiously-sourced money was funneled into German real estate in 2017. Transparency International is calling for a series of reforms to combat the problem. 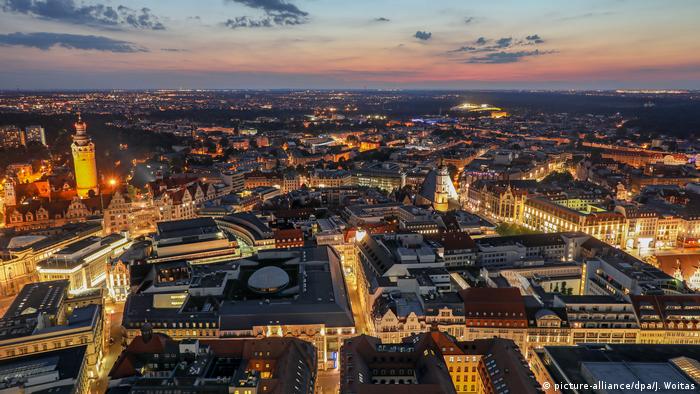 Billions of euros of illicit funds are being funneled into German real estate, anti-corruption group Transparency International said in a report on Friday.

Germany recently introduced measures to combat money laundering in the real estate sector but the group argues these reforms have been wholly ineffective.

Transparency Germany boss Edda Müller said: "The existing laws and the resources of the investigating authorities are disproportionate, particularly in view of the unlimited nature of international financial flows".

The Green Party's Lisa Paus called on the federal government to give top priority to this issue, as it was also causes rising rents and purchase prices. "Germany must no longer serve as a safe haven for dirty money from all over the world."

Transparency register failing: Germany's money laundering laws obligate real estate agents, notaries and lawyers to "know your customer" and report suspicions. In 2017 Germany introduced a transparency register that required nested corporate structures to reveal their true beneficiaries. All parties involved in companies, cooperatives and foundations holding more than 25 percent of the capital or voting shares must be listed. Failure to do so should result in fines of up to €1 million. Information is accessible to authorities and people with a legitimate interest, including real estate agents and notaries. However the database has enjoyed little use by anyone so far, and has been plagued with issues, with loopholes still allowing parties to obscure the true beneficiaries of transactions.

Notaries bound by confidentiality: Notaries, who update land title records for real estate transactions, could serve as a final buffer in the laundering of money, but are hamstrung by a commitment to client confidentiality. Transparency argues such obligations must be dropped in cases of criminal suspicion.

Make land registers public: Land title records are not publicly accessible in notoriously privacy-sensitive Germany. The registers are currently being digitized and centralized, however, Transparency called for this process to be expedited and the registers to be opened up to the public to help combat the issue.

Lebanon-linked gang accused of laundering millions of euros in Germany

The group is said to have laundered drug money for South American cartels for years — above all in Germany. With the defendants facing trial today in Paris, German reporters unveil how they were able to pull it off. (13.11.2018)

"Overpriced" and scarce real estate in Germany's largest cities are deterring investors, according to a consultants' study. Instead, they're turning to Lisbon and London — despite Brexit. (05.11.2018)