Lebanon-linked gang accused of laundering millions of euros in Germany | Germany | News and in-depth reporting from Berlin and beyond | DW | 13.11.2018

Lebanon-linked gang accused of laundering millions of euros in Germany

The group is said to have laundered drug money for South American cartels for years — above all in Germany. With the defendants facing trial today in Paris, German reporters unveil how they were able to pull it off. 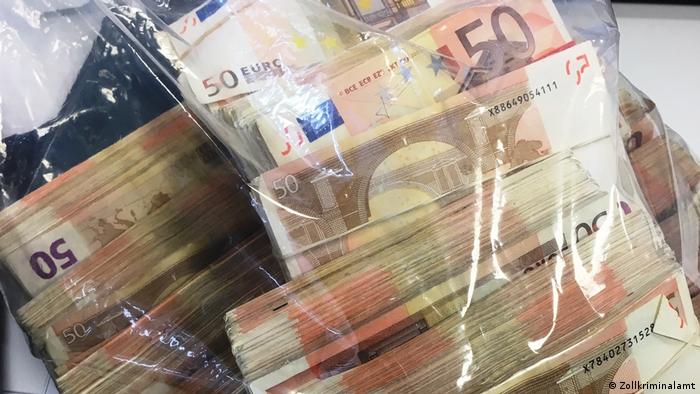 The German-Belgian border in late July 2015: It was shortly after noon when the police pulled over a Mercedes C-Class with a Bremen license plate near the western city of Aachen that had just entered Germany from Belgium.

Behind the wheel sat a young man who, like the other passenger in the car, was born in Lebanon and lived in a town near the northern German city of Bremen. The two told officers they had gone to Belgium to do some shopping. During a search of the vehicle, however, the officers found €489,000 ($548,500) in cash, broken down in small denominations and stashed between layers of underwear in gym bags.

Further investigations by customs agents in Essen revealed that the bags contained traces of cocaine. Without knowing it, investigators had stumbled across two members of a group that moved luxury watches, jewelry and cars worth tens of millions of euros between Europe, West Africa, and the Middle East.

The investigative reporting teams from German public broadcasters NDR and WDR and the Süddeutsche Zeitung (SZ) newspaper were given access to hundreds of pages of case files, giving a rare insight into what investigators believe is a global cocaine and money laundering network. 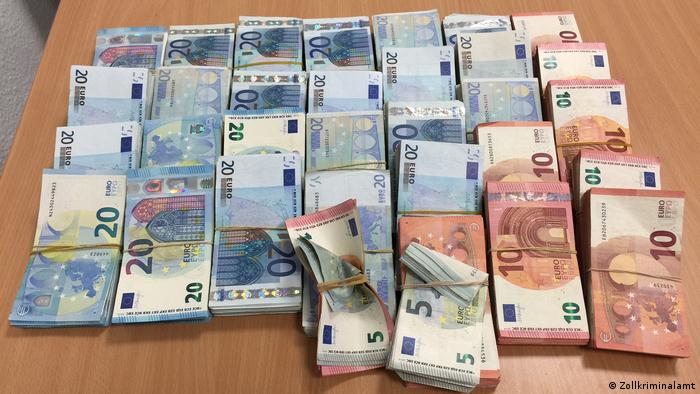 A network in western Europe

In February 2015, agents with the US Drug Enforcement Agency (DEA) successfully intercepted telephone conversations between suspected members of a Colombian drug cartel in which they talked about transferring drug profits to South America.

This information sparked an extensive investigation in France, which led to hundreds of telephone calls being tapped and numerous covert surveillance measures being carried out. Investigators quickly identified an informal network spanning across all of western Europe, with branches in the Middle East, Africa and South America.

A total of 14 people have now been charged and stand accused of working together to launder tens of millions of euros from drug deals.

Nearly all of them are Lebanese citizens or have family roots in Lebanon. Investigators dubbed the case "Cedar," after the tree in the coat of arms on the Lebanese flag. According to the case files, investigators believe that the network was active in Europe but was controlled out of Lebanon.

At the height of the group's operations, they reportedly laundered €1 million per week — also in Germany. It is unclear to what extent these accusations will stand up in court.

From Lebanon back to South America

The investigation culminated in a massive operation in January 2016, in which police searched homes in six countries, arrested suspects and seized more than €800,000 in cash. Four suspects were arrested in Germany, where police searched apartments in Düsseldorf, Münster and around Bremen.

The group functioned hierarchically. Some of the members, like the ones who were detained on the border near Aachen, collected cash from drug sales in Germany, Belgium, Spain, Italy and France.

They were supposed to then give the money to other members of the group who used it to buy jewelry, luxury watches and expensive cars — which were then taken to Lebanon to be sold. According to investigators, the proceeds from those sales then flowed directly from Lebanon to the cartels in South America that had delivered the cocaine to Europe.

Authorities also probed whether the perpetrators could have been acting on the behalf of Hezbollah. The indictment, however, does not include any accusations of funding terrorism, due to a lack of evidence. 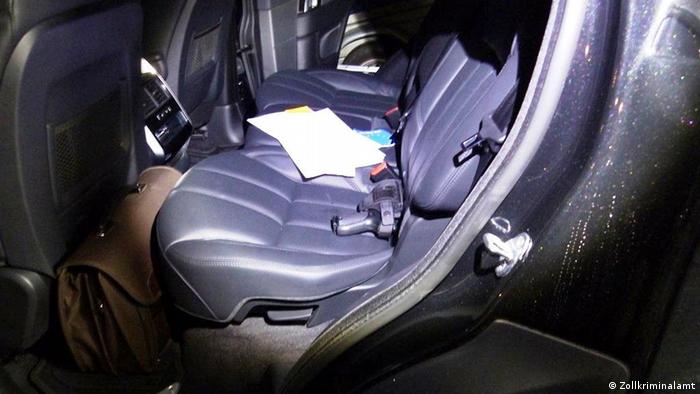 Police seized thousands in cash and other evidence in raids, including this pistol in a suspect's car

Germany is believed to have been the hub of the group's illegal business. Two defendants in the case lived in Münster and Düsseldorf, while two others lived near Bremen.

The probe could also have unpleasant consequences for four German jewelers who are now being investigated on charges of involvement in money laundering.

"The investigations have shown that from 2011 to 2015, these jewelers likely collected over €20 million from the people involved. Each delivered cash and each delivered it in plastic bags," explained a spokesperson for the public prosecutor's office in Aachen.

One of the main suspects in the case is Ali Z. from Münster. In an interview with NDR, WDR and SZ, he stated that he was innocent, saying that his flourishing, legal export business had been exploited by the others accused in the case.

He has claimed that he didn't know anything about drug money and said he assumed the money had been obtained legally. Ali Z. added that to this day, he still does not understand the basis on which prosecutors have made their accusations.

He rejected the accusation that the group supports Hezbollah, saying that French investigators were politically influenced by their US colleagues without there being any evidence for this connection. Other defendants did not wish to comment on the trial.

Experts believe that the suspects did not go on their extravagant shopping trips in Germany by chance. In comparison to its European neighbors, Germany lags behind in the fight against money laundering.

"It is completely acceptable for someone to pay for luxury items or even real estate in cash," said Sven Giegold, a German member of the European Parliament and the Greens' spokesperson for economic and financial policy. Although numerous business owners are obligated under the Money Laundering Act to report suspicious payments, it only rarely happens.

Germany's Financial Intelligence Unit (FIU), which is responsible for such cases, logged some 60,000 money laundering reports last year — out of which, only 216 were from jewelers, car dealers or other retailers. An FIU spokesperson said that the problems were being taken seriously. In the coming year, they plan to specifically approach retailers in order to raise their awareness. The FIU also wants to improve cooperation with supervisory authorities.

The trial in Paris is scheduled to run until the end of November.

France, Germany and Luxembourg have frozen the assets they link to an investigation into money laundering in Lebanon. It comes as the country struggles with a crippling economic crisis since 2019.

A global media investigation dubbed Suisse Secrets has revealed that Switzerland's second-largest bank failed to crack down on illicit funds passing through accounts held by dictators, criminals and corrupt politicians.

Organized crime among Arab, Kurdish and Turkish communities has become a media obsession in Germany. Here's a lowdown on who is who.