Germany for sale: Why the cost of living in Germany is on the rise | Germany | News and in-depth reporting from Berlin and beyond | DW | 21.07.2017

In towns and cities across Germany, rental prices are climbing steadily and real estate is becoming a hot commodity for international investors. Sumi Somaskanda and Nina Haase took a look at the situation in Berlin. 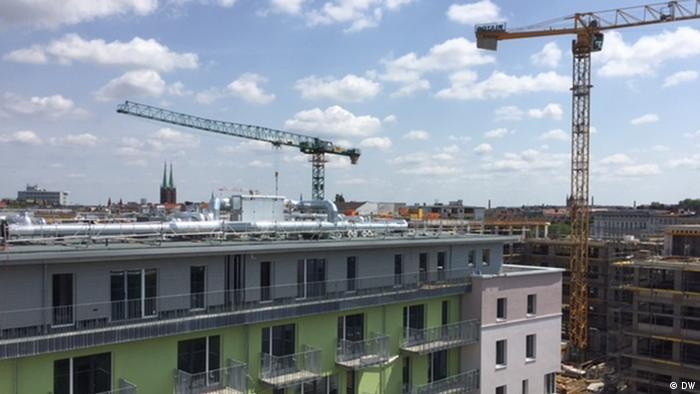 Berlin is famous for its "poor but sexy" reputation, a thriving alternative hub where artists, musicians, and students have found cheap rent and ample space to create and grow. It has also managed to remain relatively mixed in economic and social structures, until now.

In heavily-gentrified Kreuzberg, however, every resident we spoke to shared stories of soaring rents and desperate searches for new apartments. One young midwife admitted most families she knew were squeezing together in one- or two-room apartments rather than attempting to find a larger, reasonably-priced flat in the area.

The signs of globalization have crept into Kreuzberg as well, with a series of multinational companies opening trendy cafes and clothing shops as family-run businesses are forced to shutter their doors. On Oranienburger Street, the local tailor told us her family has owned the shop for 60 years, but the building owner is now demanding double the rent - an amount they simply cannot afford.

Willenbrock joined other local businesses teamed together in a series of initiatives to protest forced evictions and rising rents, holding a series of rallies and engaging the media. Now Berggruen has indicated he is willing to re-negotiate, likely because of that pressure, says Willenbrock. His rental contract has been extended for three years, but the future is uncertain.

Whether Dresden or Zwickau, Munich or Bremen, voters repeatedly pointed to the steep climb in living costs in urban areas as a critical factor in their lives.

Germany is a nation of renters, not homeowners. Almost 50 percent of Germans rent their homes; the EU average is only at 30 percent.

So as the cost of living rises, an increasing number of Germans are seeing their rents rise, but are also finding it impossible to buy a home.

Read more: All you need to know about Germany's general election

More and more people are moving into cities, and rural areas are emptying out. Germany is seen as an attractive place to live and work, particularly among Europeans. Berlin has taken in 220,000 new residents in the last five years alone.

"They arrive in cities and the demand there is enormous - the population rise is massive," says Claus Michelsen at the German Institute for Economic Research (DIW). "That’s why rents are rising significantly, but also real estate prices. And there are simply too few apartments."

Berlin is a prime example.

The German capital is bursting at its seams with a vacancy rate of only 1.5 percent. This has contributed to something of a building boom in Berlin.

Across town, towering cranes have become a familiar backdrop to the skyline. Yet they will do little to lower the rents. Many of these new buildings are apartments for sale, not to rent. And they are so expensive that they are only for those seeking to invest in the luxury and premium market.

Meanwhile the German real estate market is becoming a globally sought-after brand - a stable economy and safe harbor for foreign investors keen to park their money.

One of Zabel’s most prominent projects is The Fritz Tower, just steps away from the central train station. The condominium building features micro apartments (from 22 square meters to 51 square meters) for temporary living solutions and includes in-building concierge, fitness, and laundry services.

They cater to Berlin’s booming startup and digital scene, which has ushered in a new wave of young professionals. Brexit is now triggering a shift among larger, multinational companies from the UK to Berlin as well.

"Berlin’s time has come and there are not too many apartments, there are not too many plots, it’s a sold out city, undersupplied, but fashionable, youthful, growing so this is what’s attracting investors," says Serkan Göcmen, associate director of residential development and international relations at Zabel.

Around 30 percent of the available apartments in Fritz Tower have already been sold. Investors from 13 countries have bought into the project, mostly from Asia.

Wang Luyan, who consults Chinese customers at Zabel, says investors in Chinese mega-cities are used to investing in shrinking urban spaces and micro-apartments.

"In the coming ten years, I think more and more Chinese will come to Germany to invest in real estate. Still, you cannot turn a quick profit in the German market; it’s more of a long-term investment. So the customers who are interested are those who are ready to make that investment," she said.

Unlike other German cities, Berlin's residential base is broadly made up of low to middle-income earners. In fact, more than half of single-person households in Berlin earn less than 16,800 euros ($18,000) a year. 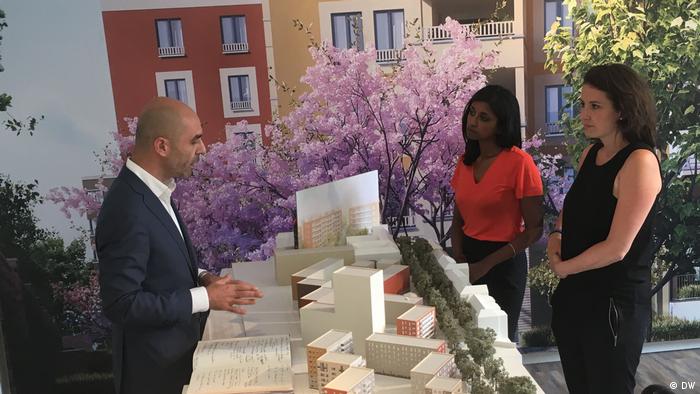 All you need to know about Germany's general election