Germany's cities are facing a crisis: They're just too popular. Living space is getting increasingly tight; property values and rent prices are skyrocketing. But the city of Ulm might just have the solution. 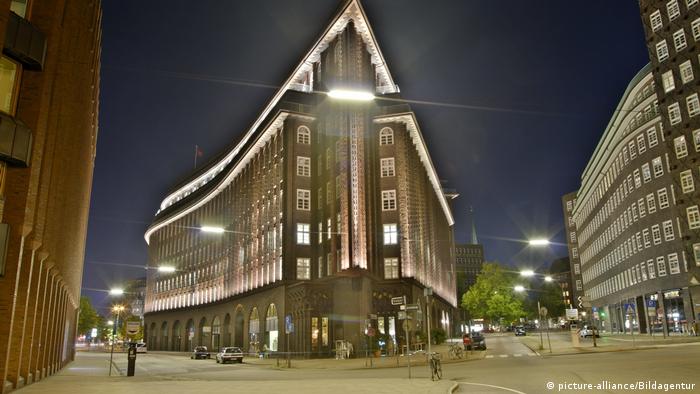 For a while now, cities such as Berlin have been growing by up to 40,000 people a year, said Michael Voigtländer, a real estate expert at the German Economic Institute. Fifteen other metropolitan regions are experiencing similar developments.

As a result, a shortage of living space is pushing up rents and property prices at a terrific rate. Last year, tenants in the big cities had to pay an average of 9 percent more for a new rental contract — a boon for property investors.

Premium apartments in Berlin's Mitte district promise an annual profit of 10 percent or more. The rent control introduced with great ceremony by the Christian Democrats and the Social Democrats in the last legislative session has done nothing to change the situation.

This development, which is currently luring a lot of international investors to Germany, is being exacerbated above all by the rapid jumps in the price of land and property. Developed building sites are scarcely found in urban areas anymore; project developers regard them as gold dust.

The Federal Institute for Research on Building, Urban Affairs and Spatial Development (BBSR) has calculated that building sites became 27 percent more expensive between 2011 and 2016. In the most desirable cities, such as Berlin, Munich or Frankfurt, the increase was considerably greater.

And where building land is so expensive, construction is stalling. Germany currently has a shortage of about 1 million apartments, economics researchers estimate.

Even experts are staggered by the degree of inequality in Germany as a whole when it comes to property ownership. In one of its monthly reports, the German Federal Bank calculates that the richest 10 percent of households own almost half of the country's real estate.

The problem with this, the Trier University tax expert Dirk Löhr said, is that a large part of this real estate wealth is based on the value of the land, which actually belongs to the community as a whole.

The value of the land is created by the public sector.

This means that, so far, the wrong people are profiting from the rise in the value of land. Because if a house in Berlin-Mitte is worth considerably more than one in a structurally weak region like the Harz or the Eifel, it is primarily thanks to work that's been put in by the public sector, says the economist Dirk Löhr.

If a city has an underground system, museums, theaters and hospitals, this increases the value of privately owned buildings — but the owner hasn't contributed to this.

Löhr reckons that "land profits without contribution,” from owning a house in a prime location, now total about €150 billion ($185 billion) a year – €150 billion to which the general public should actually be entitled, and which ought not to be going into private pockets or to international investors.

Another trend also shows that something is very wrong with the way land and property are administered in Germany. In the best districts of the inner cities, a lot of areas of wasteland are still waiting to be built on. In many instances, the reason construction hasn't yet begun is linked to a lack of economic incentives, says the Cologne economist Michael Voigtländer.

"At the moment we have the situation that it's in the interests of the owners of wasteland areas to wait, because the prices of plots of land and building sites are going up by 10 to 15 percent a year,” he explains.

Another statistic shows that there are a lot of investors keen to earn money this way: About 600,000 building permits have currently been granted but not yet acted upon. Many were granted in cities such as Munich, where there is a shortage of living space — and the prospect of high returns.

However, resistance to this kind of speculation is growing. An alliance of tenant organizations, environmental protection and social associations are demanding fairer taxation of speculative profits — as well as fair access to construction land.

Ulm is buying up land

The city of Ulm in Baden-Württemberg is an example of how things could be reorganized in future. Here, the administrative system protects construction land from speculation — and has done for more than 125 years.

The administration of this alternative land policy happens not far from Ulm's famous Minster. The local authority real estate office oversees the plots of land and buildings in public ownership.

"The city often buys up land decades in advance, with the specific aim of using them one day for a plot exchange, as construction land for its own projects, or for the development of industrial parks or residential areas,” explains the head of the department, Ulrich Soldner.

In 2017 the city of Ulm invested €33 million in buying new plots. Soldner's team has now bought so many adjacent plots of construction land in 16 future residential areas that they're ready to take the next step.

"The crucial aspect is that, with us, a development plan becomes legally binding once we have all the plots. Not before." Specifically, this means that, in Ulm, construction land can only be purchased from the city itself, at a predetermined price set by an evaluation team. The private investor cannot sell on the plot of land purchased in this way to third parties at a higher price, and the circle of speculation is broken.

If the land is not used for its intended purpose, a clause in the Ulm contract says the plot must be sold back to the municipality. "It's not possible to sell it on to third parties as property speculation," Soldner explains.

For people renting in the city, this means the municipality has considerable influence on the development of new residential areas. Investors are bound by the condition that they must offer housing at a reduced price on 30 percent of the new-build in order to be allowed to buy the land.

Some 4,500 hectares of public land is now managed in this way. That equates to a third of the total surface area of the city. This is why Ulm doesn't have the severe shortage of living space Berlin, Frankfurt or Munich are dealing with.

And this is the case even though the university city is a desirable location for many high-tech companies. Meanwhile, the state government of Baden-Württemberg has declared Ulm a model for all cities, and wants to end the taxation of land.

The federal government is hesitating: instead, it is merely scratching at the surface of the problem. Federal Justice Minister Katarina Barley (SPD) recently spoke in favor of tightening rent controls to put a stop to overpriced luxury redevelopments. It seems that some politicians in Berlin have yet to realize that the real root of the problem is access to property and land.