German politicians are skeptical about a $700 billion US bailout of markets and of calls to take similar measures as Chancellor Merkel criticized Washington for failing to implement stringent market controls. 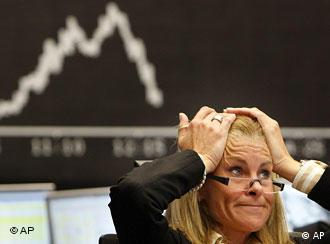 A growing chorus of German politicians questioned over the weekend whether the unprecedented US rescue package meant to inject liquidity into the financial system would help to stem the crisis which has sent world markets into a tailspin.

"I have doubts whether that method is really the most clever one," Michael Meister, deputy parliamentary leader of Chancellor Merkel's conservative Christian Democratic Party (CDU) told business daily Handelsblatt. 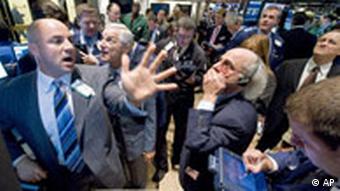 Meister suggested that the $700 billion bailout by the US government could lay the fundaments for the next crisis. He compared it to the massive slashing of interest rates by the US Federal Reserve in the aftermath of the terrorist attacks of Sept 11, 2001 which he said had sowed the seeds for the current turbulence in capital markets.

Much like Chancellor Angela Merkel, Meister urged more regulation of financial markets. It is important to think about measures such as banning speculation on falling shares rather than using taxpayers' money, Meister said.

"I don't think it's appropriate that we use taxpayers' money in Germany to intervene in the markets," he added.

US wants other nations to set up similar plans

On Sunday, Sept 21, US Treasury Secretary Henry Paulson called for other nations to set up similar rescue plans.

He did not provide further details, but US financial authorities have been working closely with their counterparts in Europe and Japan over the past 10 days to prevent a collapse of the interwoven global financial system. 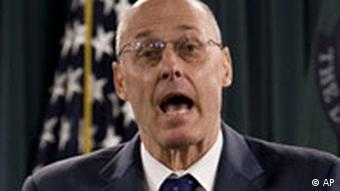 "We have a global financial system and we are talking very aggressively with other countries around the world, and encouraging them to do similar things, and I believe a number of them will," Paulson said on the ABC program "This Week."

Referring to Paulson's comments, Joachim Poss, deputy parliamentary head of the Social Democratic Party (SPD), the junior partner in the ruling coalition, said Germany would not do the same.

"The Americans can't make Germany accountable for their failure and their arrogance," Poss said. "A similar rescue package is neither planned nor needed in Germany," he added.

It foresees the US Treasury buying up bad mortgage-related debts from financial institutions to try to head off a disastrous credit freeze that could pull down economies around the world and stem the worst financial storm since the Great Depression.

Merkel slams US for failures

On Saturday, German Chancellor Merkel told a meeting of conservative politicians in Linz, Austria that it was irresponsible for the US to let major banking and credit institutions operate with too little government oversight.

"It cannot work like that on an international level," Merkel said.

Merkel said that she had tried to win support for greater transparency and regulation on international markets at the G-8 conference last year, but that governments including the US did not heed her. 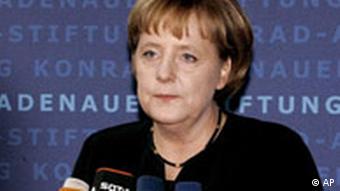 Germany had expressed fears that hedge funds could threaten the stability of the financial system through their heavy reliance on borrowing to finance risky trading strategies. It has also raised concerns about private equity funds.

In a separate interview with a Munich newspaper, Muenchner Merkur, to be published on Monday, Merkel criticized the US and British governments for obstructing Germany's efforts in the first half of 2007 to bring greater transparency to the markets.

"I criticize the perception that the financial markets have of themselves," she told the paper. "Alas, they have opposed for too long the introduction of rules with the backing of the British and American governments," she said. "On top of national rules, we need more international agreements to stem irresponsible financial speculation."

"Europe must see to it that we get more transparency on financial markets, clear rules and that crises such as the current one aren't repeated," she said.

In the face of the latest financial storm and a global credit crunch, experts have lowered their economic growth estimates for Germany and Europe next year.

Financial Crisis Not Over Yet, European Banking Expert Says

Juergen Stark, member of the European Central Bank's executive board, told Deutsche Welle better risk management is needed after the financial earthquake on Wall Street and warned the crisis was far from over. (21.09.2008)

Opinion: Can a Government Lifeline Alone End the Crisis?

Governments around the world are stepping up their efforts to rescue financial markets from collapse in the wake of recent market turmoil. But DW-WORLD's Karl Zawdzky asks whether it's enough. (19.09.2008)