German politicians across the political spectrum say the persecution of Christians worldwide is growing. Their statements came after a spate of bomb attacks on churches and hotels in Sri Lanka on Easter Sunday. 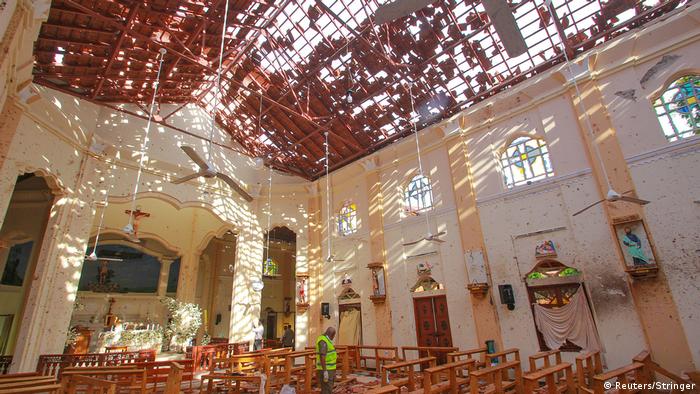 On Tuesday, German lawmakers called for stronger protection of Christian minorities worldwide after coordinated attacks on churches and hotels in Sri Lanka on Easter Sunday killed more than 300 people.

Members of German Chancellor Angela Merkel's conservative Christian Democratic Union (CDU), the liberal Free Democrats (FDP) and the Greens all expressed their concern about what they saw as growing violence against Christians.

Germany's commissioner for religious freedom, Markus Grübel (CDU), told Die Welt newspaper that the Sri Lankan attacks were part of what appeared to be a global trend.

"Christians are the target of radical Muslims worldwide," Grübel said, a phenomenon that he found to be "incomprehensible," given "Christianity's close relation to Islam."

For Kauder, the attacks in Sri Lanka did not represent an isolated case: "Nationalist movements of Buddhists, Hindus and Muslims are becoming more and more militant here."

Europe must 'stand up'

The FDP's deputy leader in the German parliament, Michael Theurer, told Die Welt that more than 100 million Christians live in countries "where the basic human right of religious freedom is currently not respected."

In many places, such as "China, North Korea, Pakistan or parts of Nigeria," Christians constitue the largest persecuted minority, Theurer said.

Sven Giegold, a member for the Greens in the European Parliament, shared the view that Christians' religious freedom is threatened worldwide.

"Europe must emphatically stand up in the world for the right to freedom of religion," Giegold said.

The State Department made the decision in December but has only just issued an official statement. The move comes as the Trump administration seeks to ban citizens from majority-Muslim nations from entering the US. (04.01.2018)