Investigations are continuing in Sri Lanka after the Easter suicide bombings that killed more than 300 people. The first funerals have been held as the island nation mourns. 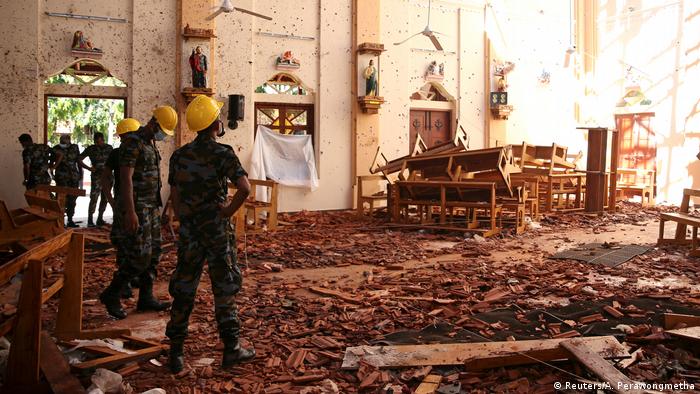 Security forces arrested 40 people over a series of terror strikes in Sri Lanka, including the driver of a van allegedly used by suicide bombers, officials said on Tuesday. An owner of the house where some suspected attackers lived was also detained.

The six near-simultaneous blasts targeted three luxury hotels and one church in the capital Colombo, and two more churches in two other Sri Lankan cities on Easter Sunday. Authorities in the Buddhist-majority country believe the local Islamist group National Thowfeek Jamaath was behind the attacks, presumably with international terror networks providing "support."

The militant group was apparently motivated by the shooting attacks on mosques in New Zealand, a state defense minister said.

"The preliminary investigations have revealed that what happened in Sri Lanka was in retaliation for the attack against Muslims in Christchurch," Ruwan Wijewardene told lawmakers on Tuesday without offering additional evidence to support his claim.

The office of New Zealand Prime Minister Jacinda Ardern said it had "not seen any intelligence upon which such an assessment might be based."

While the Sri Lankan government said the local Islamist group National Thowfeek Jamaath was behind the bombings, the "Islamic State" terror group on Tuesday claimed its fighters were responsible for the attacks without offering evidence to support the claim.

Interpol investigators on the way

On Tuesday, authorities said the death toll was at least 320, saying that more people have died of their injuries since the attack. Another 500 people remained in hospital.

Sri Lankan authorities lowered flags at half mast and held a three-minute silence to start a day of national mourning for the victims on Tuesday.

Interpol said they were sending in their investigators and specialists to Sri Lanka to help with the investigation. 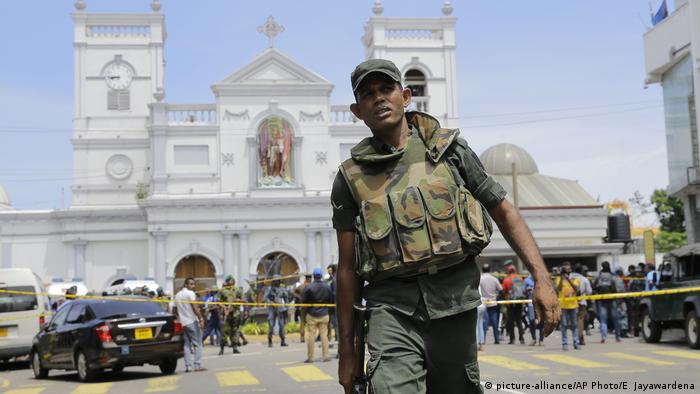 Authorities upped the death toll to 310 on Tuesday

Prior warning from abroad

Sri Lankan military and police had prior warning of the attacks, but the information never reached top officials, according to Health Minister Rejitha Seneratne.

A "foreign intelligence agency" had reported that the National Thowfeek Jamaath were preparing suicide bombings on churches, with Sri Lankan defense ministry alerting the police chief in early April and the police then passing the information to top security officials in the judiciary and diplomatic security. However, neither Prime Minister Ranil Wickremesinghe nor his cabinet members were informed until after the attacks took place, Seneratne said.

Speaking in parliament on Tuesday, state minister of defense Ruwan Wijewardene said "weakness" within Sri Lanka's security apparatus led to the failure to prevent the bombings.

Why this was not prevented?'

The gap in communication could be linked with the political conflict between the prime minister and President Maithripala Sirisena. In November last year, President Sirisena attempted to oust Wickremesinghe and dissolve the parliament. The move was halted by the country's Supreme Court. However, the prime minister has not been allowed to attend meetings of national security council since the conflict first escalated in October, keeping him out of the loop on security threats.

Cardinal Malcolm Ranjith of Colombo said the attacks could have been averted.

"We placed our hands on our heads when we came to know that these deaths could have been avoided," he said. "Why this was not prevented?"

The first Mass and funeral for the victims were due to be held on Tuesday.