With the defeat of Tamil separatists in 2009, Sri Lanka had somewhat managed to rein in violence. But experts say that various conflicts continued to plague the country, and these could have triggered the Easter blasts. 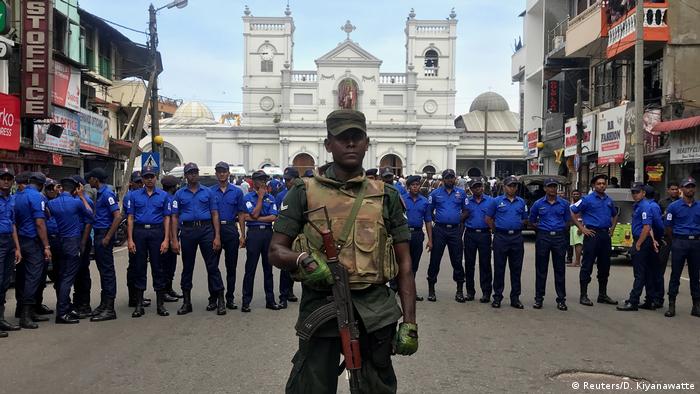 Simultaneous blasts in Sri Lanka have killed more than 207 people in Sri Lanka. The bombs targeted churches and hotels on Easter Sunday in the capital Colombo and elsewhere in the country. Several foreigners were reported to be among the dead.

No group has yet claimed responsibility for the attacks, but security analysts say the seemingly well-coordinated bombings appear to be a hallmark of an organized militant group.

"At the moment it is difficult to determine who could be behind these attacks. But keeping in view the troubled history of this South Asian nation, as well as the ongoing political tensions, one can identify some potential groups that could be responsible for the blasts," Siegfried O. Wolf, a South Asia expert at the Brussels-based South Asia Democratic Forum, told DW on Sunday.

"I would identify four potential groups: militant Islamists; radicalized Buddhist organizations; militant Tamil (Hindu) groups; and last but not least, some armed opposition outfits that want to destabilize Prime Minister Ranil Wickremesinghe's government so that they can reinstall an autocratic regime," the expert added.

"But I don't think that radical Buddhist groups have the capacity to launch such well-coordinated and high-level attacks. Furthermore, radical Buddhists would most likely have not chosen to attack churches. For similar reasons, it seems unlikely that militant Tamil outfits would have perpetrated these attacks. In my opinion, the nature of attacks and the selection of churches on Easter Sunday bear the hallmark of international jihadist groups like Al-Qaida or 'Islamic State' (IS) and/or their local affiliates," Wolf underlined.

Analysts say that militant groups like IS and Al-Qaida in the Indian Subcontinent (AQIS) are becoming increasingly active in South Asia, with their affiliates also focusing on countries other than Afghanistan and Pakistan, where they are already quite strong.

Sri Lanka is a majority-Buddhist country, with just 6% of the population adhering to the Catholic faith.

The Sunday bombings are a huge setback for Sri Lankan authorities, as they have managed to rein in some of the violence in the country over the last ten years. The decades of Tamil insurgency in the country's north had killed thousands of people until former president Mahinda Rajapaksa defeated the Liberation Tigers of Tamil Eelam (LTTE) separatist movement in a 2009 military operation.

During the conflict, the separatist Tamil Tigers carried out random bombings at various public sites, including a Buddhist temple and popular tourist hotels. The rebels were fighting to create an independent homeland for the Tamils, an ethnic minority.

There have been sporadic violent attacks in the past few years though, with radical Buddhist groups targeting Muslims in different parts of the country.

Peace in Sri Lanka boosted tourism in the country, and the island nation became one of the top destinations for foreign tourists over the past few years.

But analyst Wolf says the absence of violence did not mean that Sri Lanka had overcome its serious social and political divisions.

"The ethnic-religious conflict between the Buddhist Sinhalese majority and the Hindu Tamil minority was officially ended in 2009, however, the conflict still exists in the country as there hasn't been any political solution to this multi-faceted problem," Wolf said, adding that increasing economic and financial tensions are also mounting due to the implementation of the Chinese Belt and Road Initiative.

"Despite the boom in tourism, unequal development and foreign interventions are also functioning as a catalyst for political conflicts in Sri Lanka," he said. 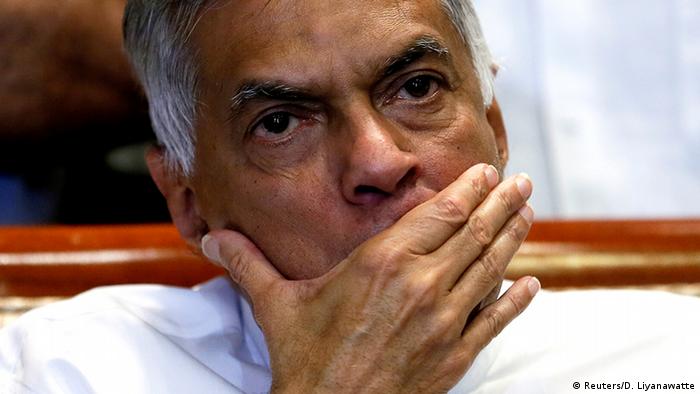 Experts agree that the Sunday attacks would pile political pressure on Prime Minister Wickremesinghe, who is opposed by a number of political parties in his country.

Wickremesinghe was sacked by President Maithripala Sirisena in October, last year, only to be reinstated in December 2018 after weeks of a political standoff.

Sirisena had installed Rajapaksa in Wickremesinghe's place. Rajapaksa has the reputation of a strongman who crushed the Tamil insurgency during his presidency in 2009. The latest attacks are likely to strengthen Rajapaksa's political position as a leader who has a better track record in dealing with militancy.

"Opposition groups will definitely use the apparent terrorist attacks to lobby for an autocratic style of government and stricter (and subsequently more repressive) measures towards minorities in the name of curbing violence. I believe that Wickremesinghe's credibility has been heavily shaken," Wolf said.

China and India are watchful of the developments in Sri Lanka as both Asian giants are supporting rival political parties in the Indian Ocean nation. Militant violence, however, does not suit the economic interests of these countries.

Indian Prime Minister Narendra Modi condemned the attacks in Sri Lanka and his foreign ministry told media that New Delhi was closely observing the developments. However, experts are generally of the view that despite its longstanding involvement in Sri Lankan politics, India is keeping a diplomatic distance from the island's internal affairs.

"Barring an occasional diversion, India has always maintained that it will not interfere with the internal affairs of neighboring nations," N. Sathiya Moorthy from India's Observer Research Foundation told DW.