A series of blasts have hit churches and hotels in and near the Sri Lankan capital, Colombo. It is the worst violence in the country since its decadeslong civil war ended in 2009. 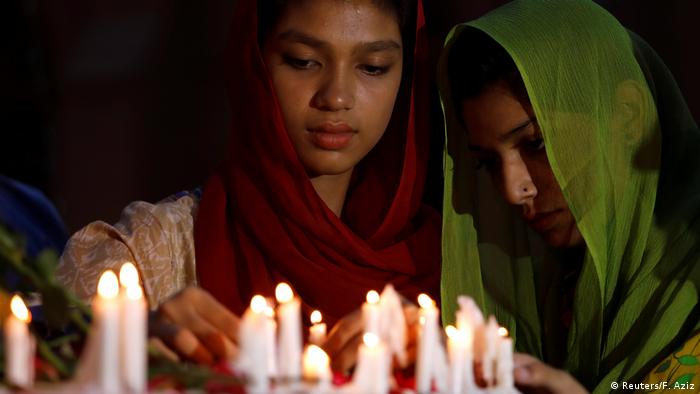 Sri Lankan officials said at least 290 people, including at least 32 foreigners, had been killed in the blasts in Colombo and elsewhere. More than 500 others were injured. The attacks were blamed on religious extremists. 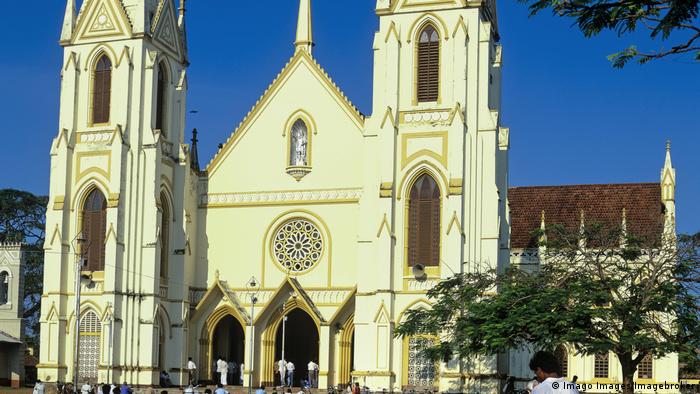 St. Sebastian's Church in Negombo was one of the churches targeted by blasts.

Citizens of the United States, the United Kingdom, Denmark, the Netherlands, Portugal, Turkey and India were reportedly among those killed.

St. Anthony's Shrine (top photo) in the north of the capital, Colombo, St. Sebastian's Church in the nearby town of Negombo, and Zion Church in the eastern town of Batticaloa were all hit.

Sri Lankan Prime Minister Ranil Wickremesinghe said later on Sunday that eight local suspects had been arrested in connection with the blasts and that authorities were investigating overseas links. 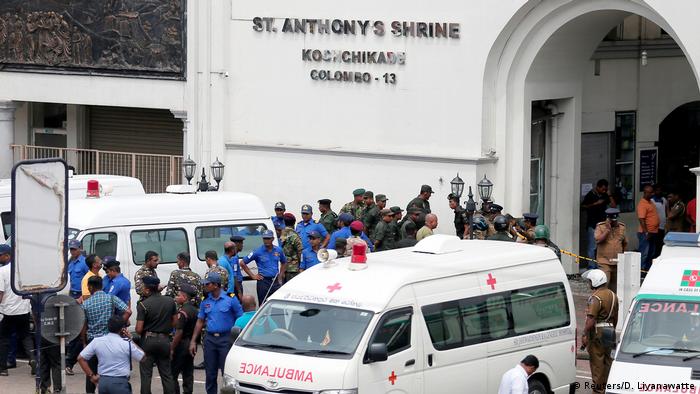 Hundreds of injured have been transported to hospitals.

Explosions also hit three five-star hotels, killing and injuring several people, including foreigners, police and security officials said. The hotels were named as the Cinnamon Grand, the Kingsbury and the Shangri-La, all in the center of Colombo.

Later on Sunday, two additional blasts occurred on the outskirts of Colombo, a military spokesman said. One of those explosions, at a hotel in the southern Colombo suburb of Dehiwala, killed two people, according to police. The other, in the north of the city, killed three police officers when the upper floor of a house they were searching collapsed. 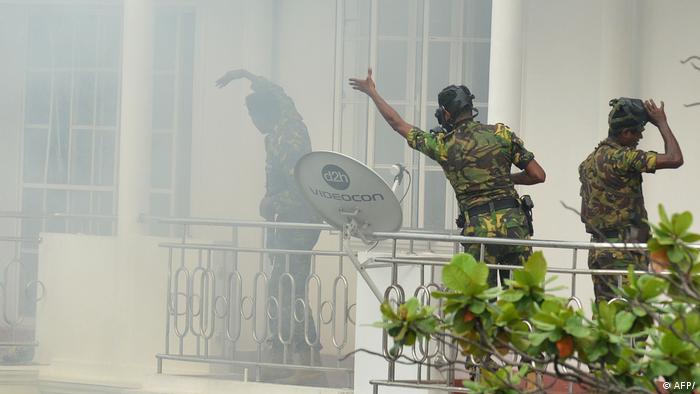 Government officials also said major social media platforms and messaging apps had been blocked to prevent the spread of misinformation and rumors.

After the attacks were blamed on religious extremists, fears of retaliatory attacks proved accurate.

The prime minister, who described the attacks as "cowardly," has convened an emergency meeting of the National Security Council following the blasts. In a tweet, he called on Sri Lankans "to remain united and strong."

The spokesman for German Chancellor Angela Merkel, Steffen Seibert, via Twitter, expressed his horror at the news that Christians in Sri Lanka were attacked and killed during Easter Masses, adding: "We grieve for them and pray for the injured and families."

"Terrorism, religious hate and intolerance must not win out," the tweet said.

Merkel also sent a message of condolence to Sri Lankan President Maithripala Sirisena, in which she called it "shocking that people who had gathered to celebrate Easter together were a deliberate target of these perfidious attacks."

The archbishop of Colombo, Malcolm Ranjith, called on the Sri Lankan government to punish those behind the attack "mercilessly, because only animals can behave like that."

"New Zealand condemns all acts of terrorism and our resolve has only been strengthened by the attack on our soil," Ardern said. "New Zealand rejects all forms of extremism and stands for freedom of religion and the right to worship safely."

The head of the Catholic Church, Pope Francis, denounced in an appeal at the end of his traditional Easter Sunday blessing in Rome what he called the "cruel violence" of the attacks.

"I entrust to the Lord all those who were tragically killed and pray for the injured and all those who are suffering as a result of this dramatic event," he added. The pontiff visited Sri Lanka in 2015.

There have been no immediate claims of responsibility. Some Christian groups have spoken of growing intimidation by hard-line Buddhist monks in recent years. Members of the Buddhist community clashed last year with minority Muslims, with some Buddhists alleging that Muslims had been compelling people to convert to Islam.

Sri Lanka is a majority-Buddhist country, with just 6% of the population adhering to the Catholic faith. The country has experienced few major attacks since the end of a civil war 10 years ago. 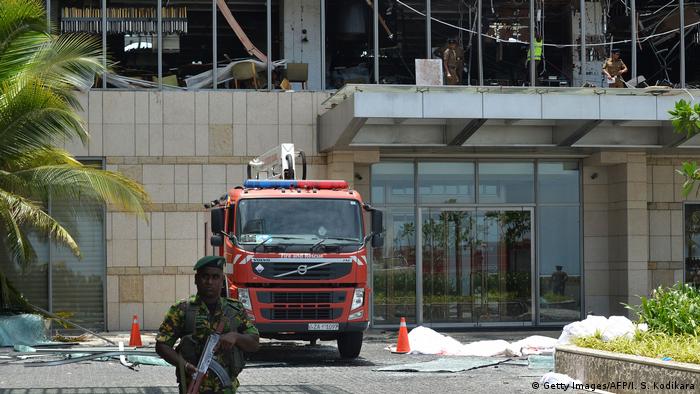 During the conflict, which came to a close in 2009, the separatist Tamil Tigers carried out random bombings at various public sites, including a Buddhist temple and popular tourist hotels. The rebels were fighting to create an independent homeland for the Tamils, an ethnic minority.

Easter is the central period in the Christian calendar, with Easter Sunday celebrated as the day on which Jesus is believed by the faithful to have risen from the dead.

How the Sri Lanka attacks unfolded

Hundreds of people have been killed in coordinated attacks in Sri Lanka, with many hundreds more injured. Here's what happened, as it happened. (21.04.2019)

Pope Francis has made his Easter ‘Urbi et Orbi' address calling for the resolution of conflicts. He urged the building of bridges, not walls and an end to 'the roar of arms' in conflict zones and within cities. (21.04.2019)

A bailout from the International Monetary Fund will be critical in stabilizing Sri Lanka's finances, but critics say the Indian Ocean island needs to tackle food insecurity and political instability first.

Sri Lanka declared a state of emergency after President Rajapaksa and his wife fled to the Maldives hours before he was due to resign. Prime Minister Ranil Wickremesinghe has become acting president.

The fleeing of President Gotabaya Rajapaksa and his dramatic fall from grace marks a remarkable reversal of fortunes for a political family that has dominated Sri Lankan politics for almost two decades.