The man suspected of carrying out the Christchurch mosque shootings is to be charged with 50 counts of murder, New Zealand police say. He is due to appear in court on Friday. 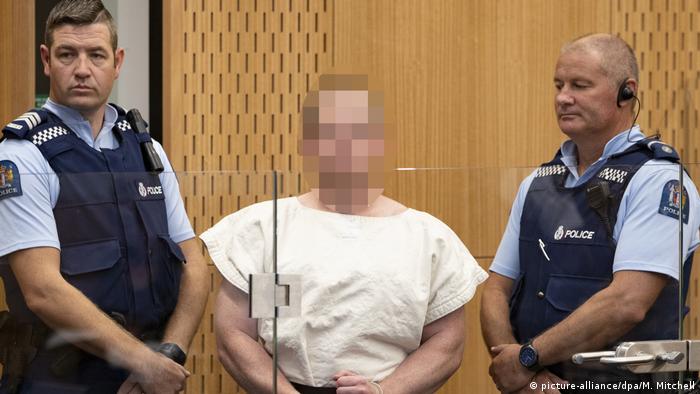 The Australian man accused of killing 50 Muslim worshippers in a shooting spree at two mosques in New Zealand will be charged with 50 counts of murder and 39 counts of attempted murder at a second court appearance on Friday, New Zealand police say.

Police added that other charges "are still under consideration." The suspect had earlier had a single representative murder charge filed against him for the killings on March 15.

Twenty-four people are still in hospital receiving treatment for injuries sustained in the attack, four of them in critical condition, including a 4-year-old girl, health authorities said earlier this week.

What conclusions has New Zealand drawn from the attacks? New Zealand has moved quickly to tighten its previously lax gun laws, among other things banning the semi-automatic and automatic military-style weapons used in the attack. The government has said it will also review laws dealing with hate speech.

Will the accused be tried for terrorism? The attacks have been termed a terrorist act by Prime Minister Jacinda Ardern. However, New Zealand's complex and seldom-used anti-terrorism laws, introduced after the 9/11 attacks, could make prosecution more complicated. Prosecutors may still apply them to make it clear that extremism of any kind, whether Islam, right-wing or left-wing, is equally dangerous. Charges of murder and attempted murder are easier to pursue, however.

How is the accused being held? New Zealand's Corrections Department said last month that the accused was being kept away from other prisoners and was without access to television, radio or newspapers. It said he was also not allowed to receive visitors.