Pope Francis has made his Easter "Urbi et Orbi" address calling for the resolution of conflicts. He condemned the day's violence in Sri Lanka, offering his "affectionate closeness" to the community there. 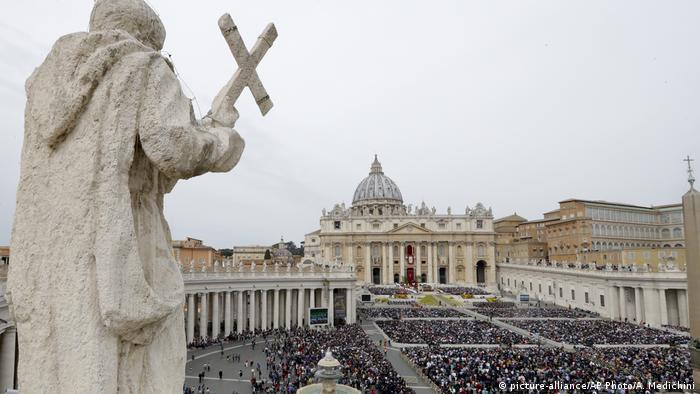 After celebrating Easter Mass with crowds gathered in St. Peter's Square on Sunday morning, Pope Francis gave a prepared speech from the balcony of St. Peter's Basilica at midday.

In his annual Easter "Urbi et Orbi" (Latin for "to the city and to the world") address, Pope Francis offered a pardon for sins and a reflection on the world's war-ravaged regions while paying tribute to Catholics who practice their faith in the face of persecution. He condemnedthe "odious" attacks in Sri Lanka.

"I learned with sadness and pain of the news of the grave attacks, that precisely today, Easter, brought mourning and pain to churches and other places where people were gathered in Sri Lanka," he said.

"I want to express my affectionate closeness with the Christian community, attacked while it was at prayer, and to all the victims of such cruel violence," the pope told the assembled crowd. 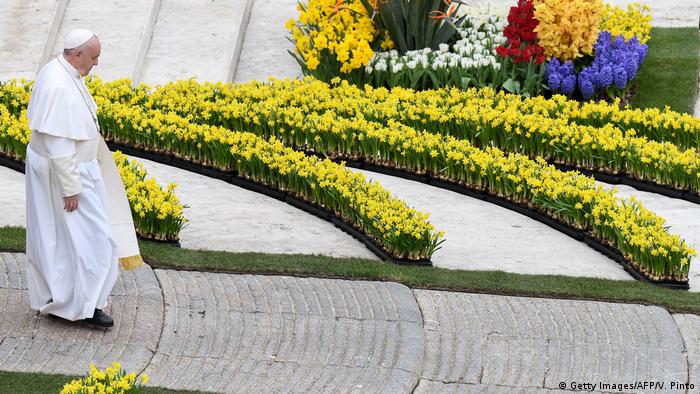 Read more: Pope calls for peace in Syria and across the Middle East

The Urbi et Orbi is traditionally delivered at St. Peter's Basilica in the Vatican at Christmas, Easter and after a new pope is elected.

Pope Francis urged people to become "builders of bridges, not walls" and to end "the roar of arms," both in conflict zones and within cities.

On Easter, the most important feast day in the Catholic calendar, Christians celebrate the death and resurrection of Jesus Christ with several solemn ceremonies over a number of days.

On Saturday, the pope celebrated an Easter vigil at St. Peter's Basilica where he encouraged people to resist pursuing the "glitter of wealth."

In the days prior, Francis presided over the Via Crucis procession at the Colosseum in Rome and washed the feet of 12 inmates in a prison near Rome to mirror Jesus Christ's gesture of humility toward his disciples.